The wealthy Italian family of a teen who took his own life after being ‘forced into solitary confinement’ for ‘cheating on an assignment’ is suing their son’s elite New York boarding school.

Exchange student Claudio Mandia hanged himself in a room at EF Academy in Thornwood on February 17 – three days into being isolated and just days before his 18th birthday.

His father, Mauro Mandia and another representative of his estate filed the lawsuit at the Westchester County Supreme Court this week, according to the New York Post.

The lawsuit stated that Claudio had been expelled from the school for cheating on a math assignment and forced by school officials to stay in a room alone.

The soon to be 18-year-old had been struggling with personal issues which had impacted his school performance. The suit alleges that the school was aware of his emotional state when they relegated him to his room for days.

The elite boarding school has rebuffed claims filed in the lawsuit and said that they ‘remain deeply saddened by the tragic passing’ however, ‘the narrative that is shared in the legal filing is not accurate or based on fact.’

‘It was painfully foreseeable that forcing [Claudio] into solitary confinement, malnourishing him, and inadequately supervising him after delivering the life-altering news that he would be expelled – all while he was enduring other hardships that EF Academy knew about and was treating him for – could result in his tragic death,’ the lawsuit states.

Claudio Mandia (pictured) hanged himself in his EF Academy room on Feb 17 just three days after being ‘put into solitary confinement.’ His parents are now suing his NY boarding school 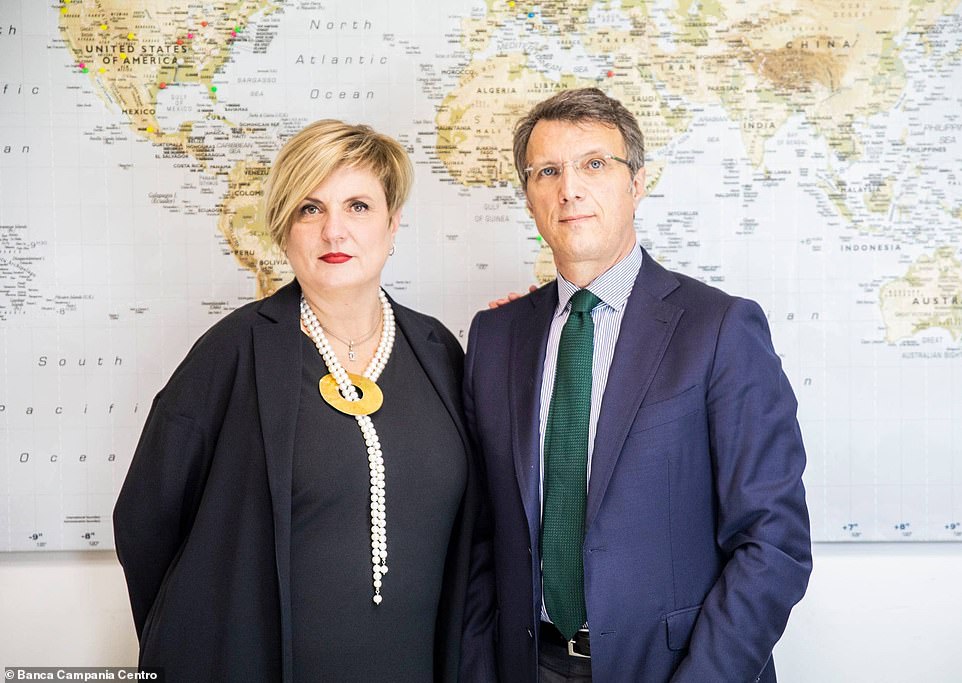 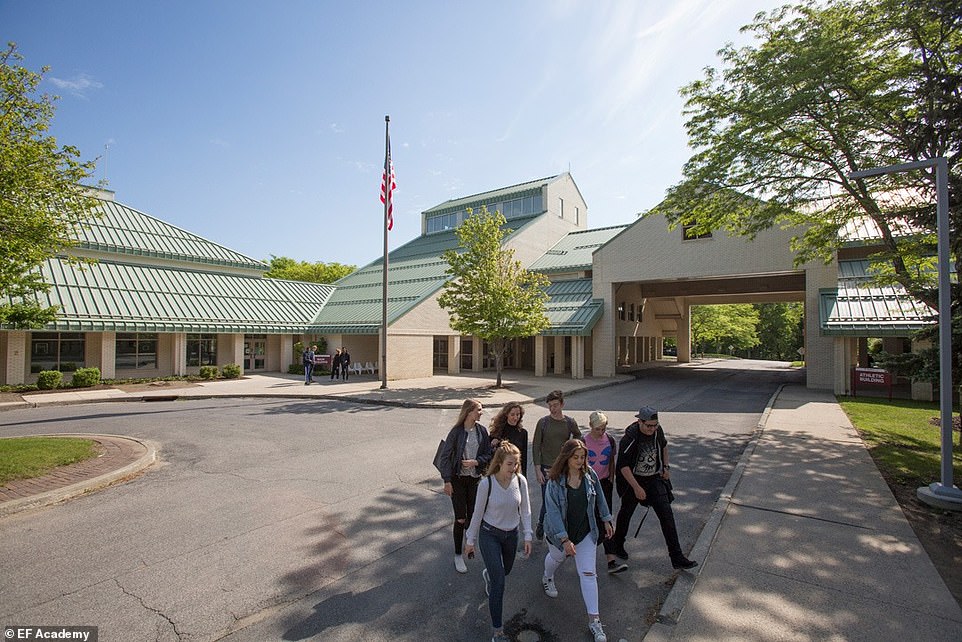 The lawsuit has been placed against EF Academy, four school officials, its parent company and 20 other unnamed defendants who allegedly contributed to Claudio’s ‘wrongful death’

Claudio’s family is demanding punishment for the school as well as compensation alleging that EF Academy, four school officials, its parent company and 20 other unnamed defendants contributed to wrongful death, negligence, false imprisonment, emotional distress among other charges.

It is unclear how much compensation the family is seeking.

A spokesperson from the school told NBC News that the suit contained ‘multiple inaccurate statements’ and disputed the claim that Claudio had been ‘placed in solitary confinement.’

‘The narrative that is shared in the legal filing is not accurate or based on fact,’ the statement said.

‘We are confident that the legal process will allow us to provide and prove a fact-based legal case recounting what actually transpired.’

Claudio had been enrolled into EF Academy as part of the school’s two-year International Baccalaureate Program after expressing an interest in studying abroad before returning to Italy for university.

The academy boasts a tuition of $66,500 per year for students who live full-time on campus.

The suit claims Claudio had been a bright student excelling in math including getting an ‘A’ in previous years.

In November 2020, another Italian student who had been expelled from the academy also attempted suicide, according to the suit. 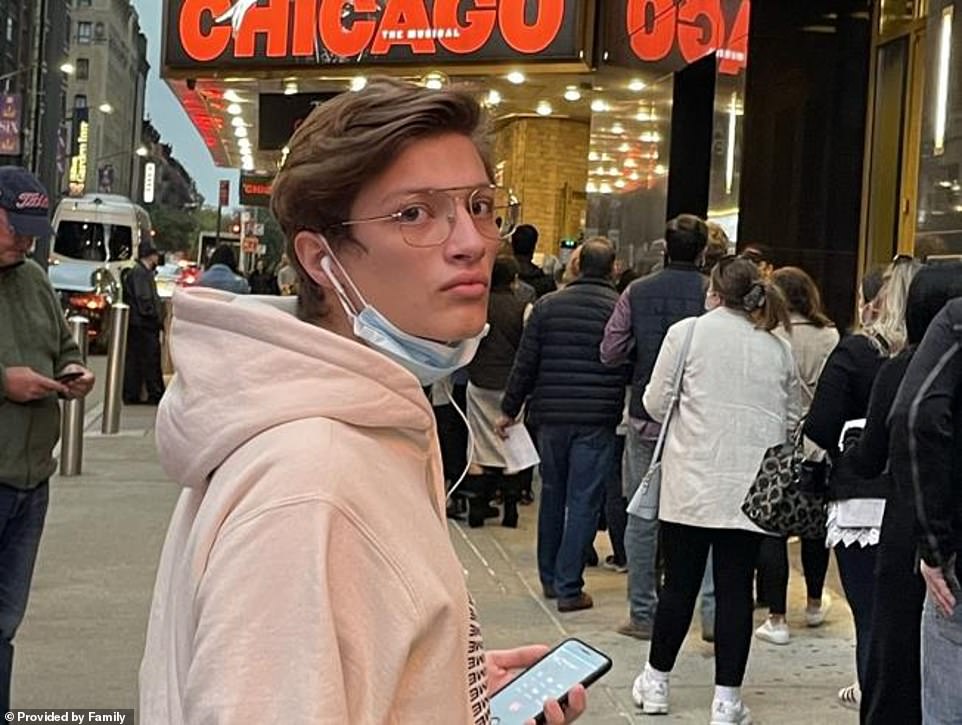 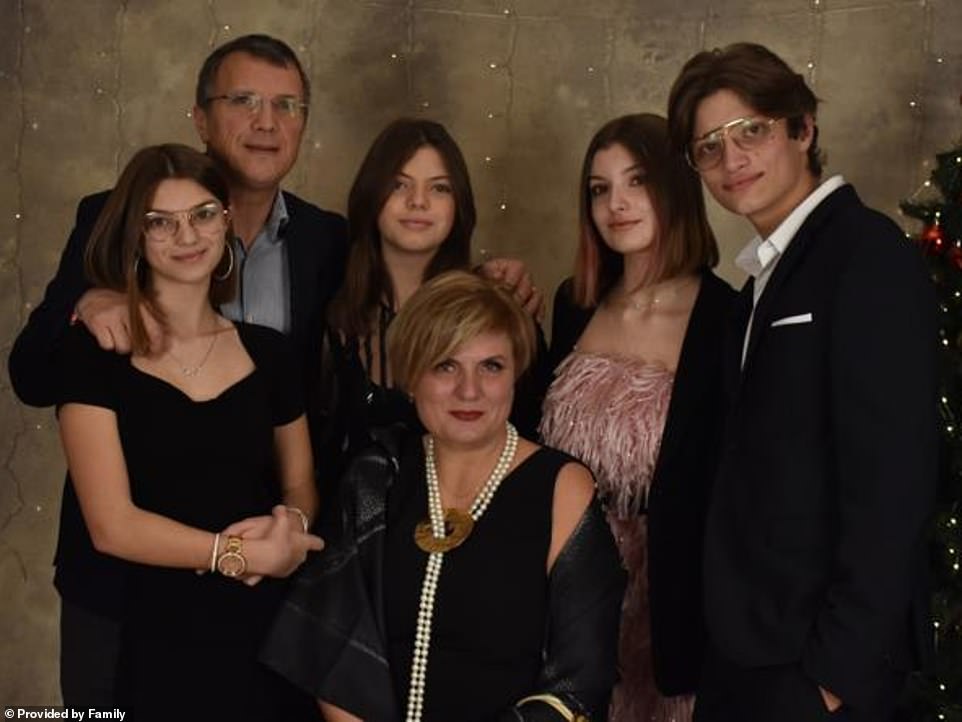 The academy boasts a tuition of $66,500 per year for students who live full-time on campus. After expressing an interest, Claudio’s parents Mandia and Elisabette Benesatto agreed to send their son to the institution where one of his sisters also attends 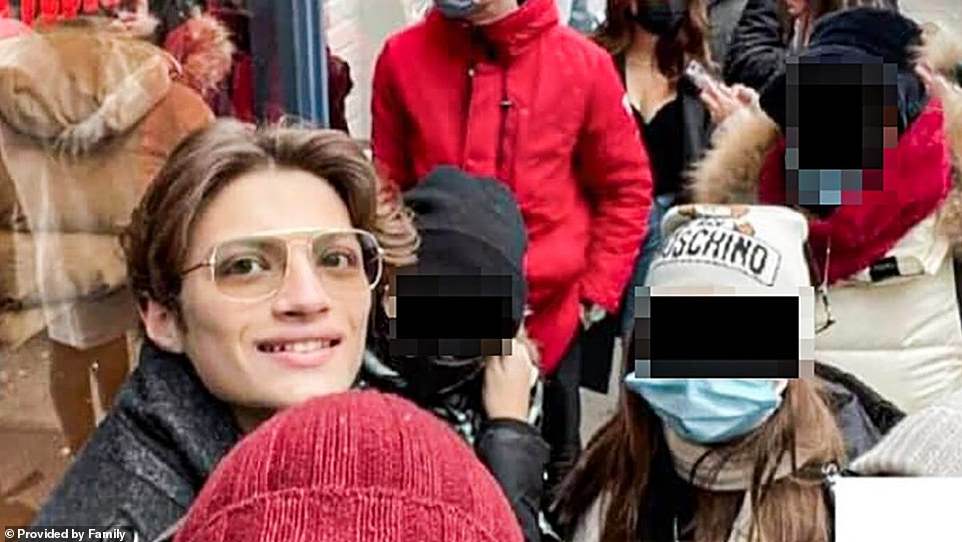 Claudio was allegedly forbidden from leaving the room on his own and was served his meals there, although the lawsuit identified a 24-hour period when he claimed to have been given no food

The following year, however, after having to stay home when family contracted COVID-19 in Battipaglia, the teen started to ‘fall behind’ in school.

‘This caused [Claudio] to fall behind in his academic work, and when [Claudio] did return to campus after being quarantined, he was under a lot of pressure to try and catch up,’ the suit alleges.

‘Then, less than two weeks after his delayed return to campus, [Claudio] suffered the unexpected loss of a close family member, which upset him terribly and caused him to seek counseling from EF Academy’s in-house social worker Chelsea Lovece.’

While seeking mental health support Claudio was expelled for plagiarism and placed in solitary confinement on Feb 14 until his parents were able to pick him up, the suit claims.

Claudio was forbidden from leaving the room on his own and was served his meals there, although the lawsuit identified a 24-hour period when the family claims he was given no food.

On February 16, the night before his parents were scheduled to pick him up, several of his friends were able to visit him in the room, the suit claims. 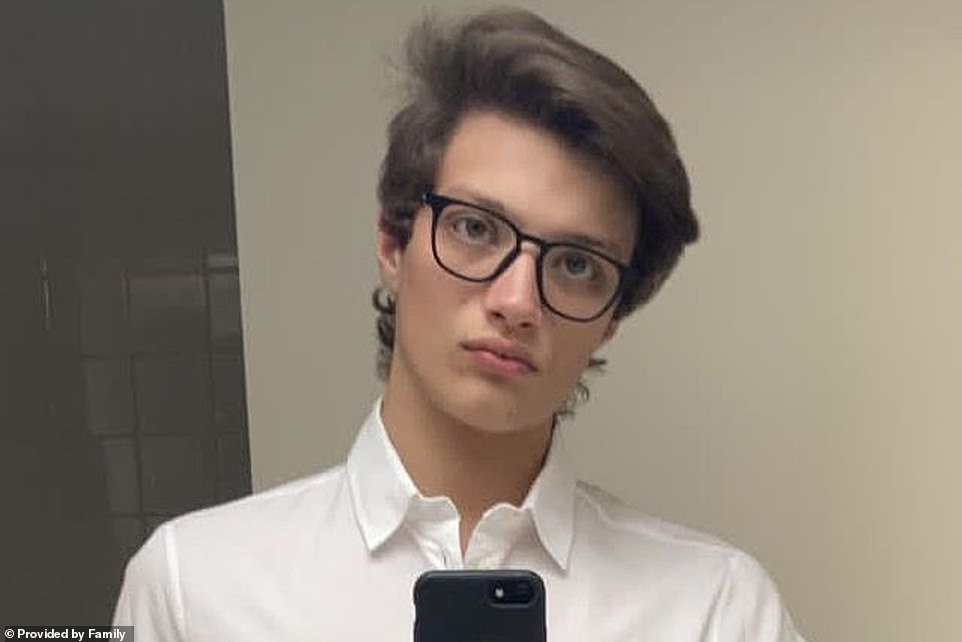 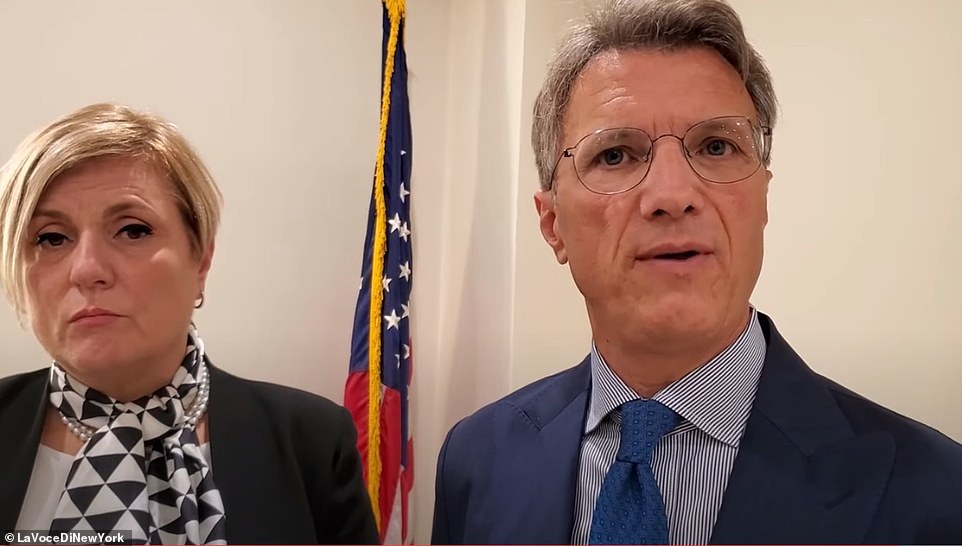 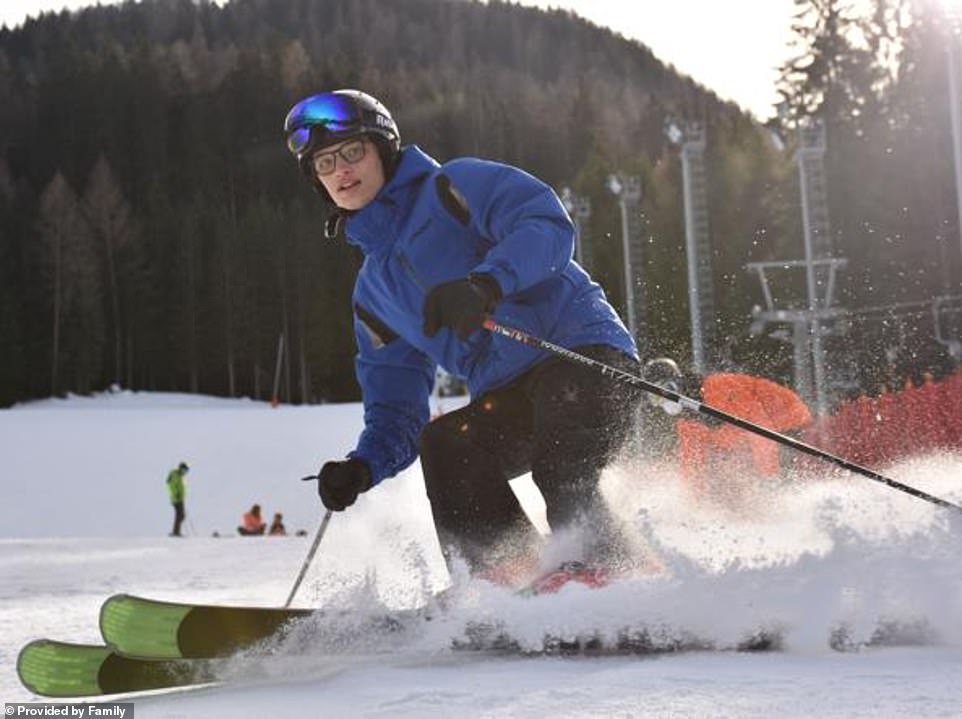 The suit alleges that Claudio had been a bright student who had excelled in math, getting an ‘A’ in previous years

They were accompanied by two administrators. The students noticed on his neck what the lawsuit calls ligature marks indicative of a suicide attempt. They asked him about the marks, and he claimed he fell in the shower.

‘[Claudio] screamed and cried for help while held in solitary confinement. EF Academy and the individual Defendants callously ignored him,’ the suit says.

The following morning, Claudio’s younger sister, who was also a student at the school, allegedly pleaded with Lovece to check on her brother.

Lovece told the girl that she had knocked on his door earlier that morning, and that she believed he was asleep when he didn’t answer.

When she checked on him again later that morning, he was found dead.

‘EF Academy’s implementation of its solitary confinement protocol, combined with its grossly negligent – and indeed blatantly abusive – handling of [Claudio] known risk factors, was truly outrageous and warrants the imposition of punitive damages to ensure such conduct does not ever happen again.’