Hall of Fame quarterback Warren Moon has slammed the ‘independent study’ clause initially included in Kyler Murray’s contract extension as a ‘slap in the face to all African-American quarterbacks’.

It was revealed on Monday that Murray’s new five-year deal with the Arizona Cardinals initially included an ‘independent study addendum’, requiring him to review four hours of game film per week throughout the season.

The unusual obligation caused uproar across all forms of media, leading to the Cardinals removing it altogether.

Despite it since being removed, Moon, a pioneering Black quarterback who starred for the Houston Oilers and other NFL teams in the 1980s and 90s, has criticized the clause.

The 65-year-old branded the clause ’embarrassing’ and claimed it was a call-back to the days when African-American quarterbacks were called ‘lazy’.

‘It’s just an unfortunate situation,’ Moon told TMZ. ‘It’s an embarrassing situation for not only the player Kyler Murray, but it’s embarrassing for the organization to have to deal with this.

‘I think it shows a lack of trust in the player that you even have to put something in a contract like this.

‘It’s also a slap in the face to all African-American quarterbacks. That’s something we were always accused of back in the day when they didn’t let us play. That we were lazy, that we didn’t study, that we couldn’t be leaders, that we weren’t smart. 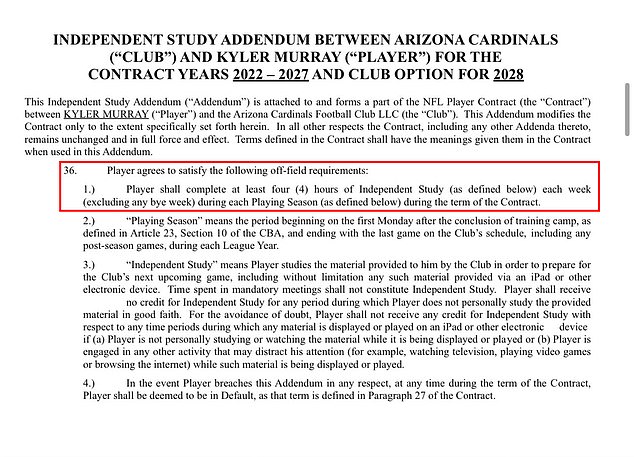 As NFL Network’s Ian Rapoport revealed Monday, the former Heisman winner’s new five-year, $230 million deal includes an ‘independent study addendum’ requiring him to review four hours of game film per week throughout the season. Failing to comply would result in Murray being deemed to ‘be in Default,’ according to the contract language 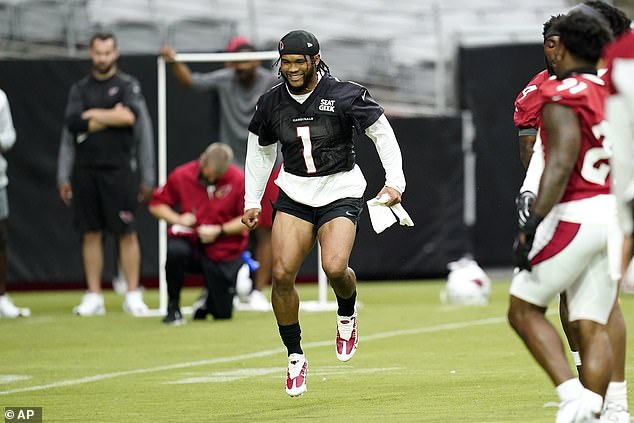 ‘So all those different things just kind of came to surface after we put all that stuff to bed over the years and just because of this deal that’s going on between Arizona and Kyler.’

On July 21, Arizona agreed to the new deal with Murray after a promising two years in the NFL. With regard to average annual value, the Oklahoma product is now the second highest paid player in the NFL.

Following the backlash once the addendum was made public, the Cardinals eventually removed it Thursday. 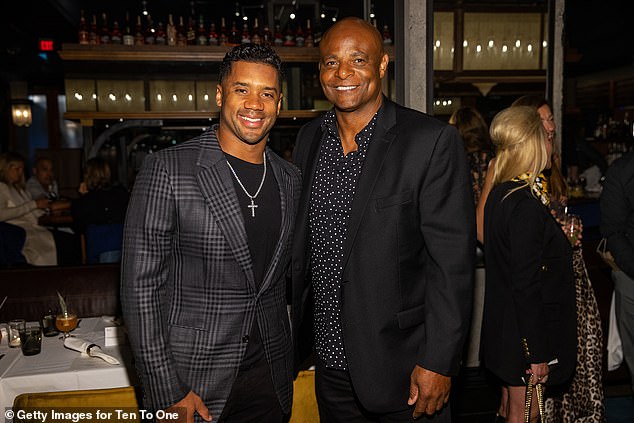 The 65-year-old, pictured with Denver Broncos quarterback Russell Wilson (left), said the Arizona Cardinals’ clause was a ‘slap in the face to all African-American quarterbacks’ 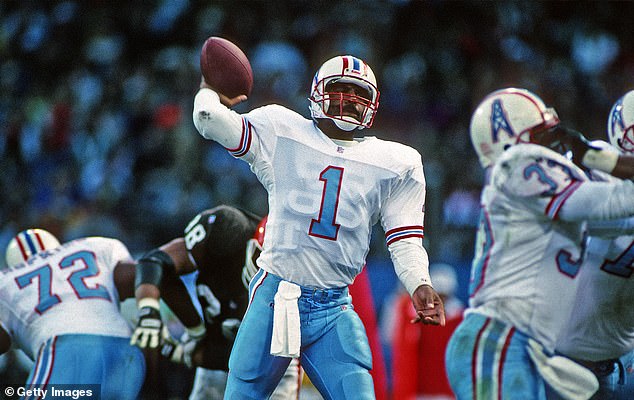 The NFC West team released a statement explaining their decision: ‘After seeing the distraction it created, we removed the addendum from the contract. It was clearly perceived in ways that were never intended.

‘Our confidence in Kyler Murray is as high as it’s ever been and nothing demonstrates our belief in his ability to lead this team more than the commitment reflected in this contract.’

However, Moon believes it is too little late because Murray ‘will have this riding on him’ every time he does something wrong in the future. 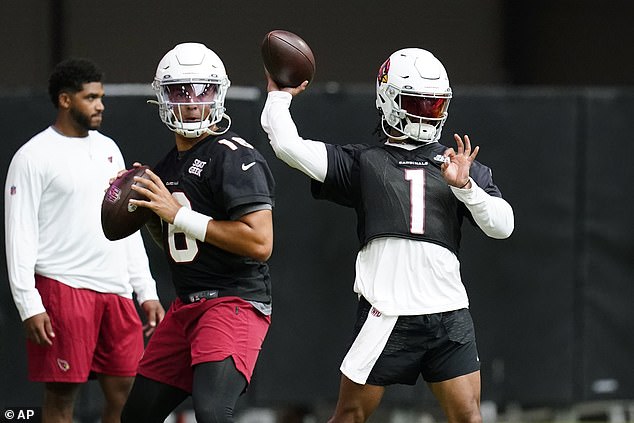 ‘The damage has been done,’ he said. ‘He’ll have this riding on him every time he does something wrong in a football game. They’re going to say, “See, that’s the reason why that happened is because he didn’t study enough film last week,” or whatever it might be.’

‘It’s a very unfortunate situation for him and very embarrassing for both sides.’

Murray defended himself earlier this week, insisting it is ‘disrespectful… almost a joke’ that people could think he has reached the top of the NFL without studying opponents.

In a surprise appearance in front of the media at Cardinals training camp, he said: ‘To think that I can accomplish everything that I’ve accomplished in my career and not be a student of the game, and not have that passion, and not take this serious — it’s disrespectful and it’s almost a joke. 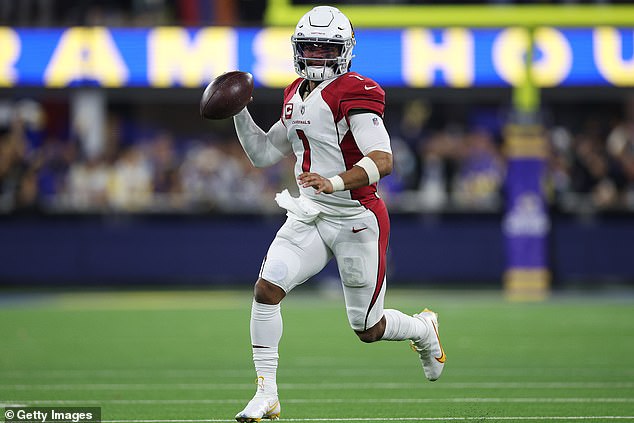 ‘I’m flattered, I’m honestly flattered that y’all think at my size I can go out there and not prepare for the game and not take it serious.

‘To play the position that I play in this league, it’s too hard. I don’t do this often, I don’t talk about myself but today I feel like I have to, and so I’m going to list the accolades.’

The 24-year-old, who won the NFL Offensive Rookie of the Year award in his first year in 2019, is also a two-time Pro Bowler and widely regarded as one of the biggest talents in the NFL. 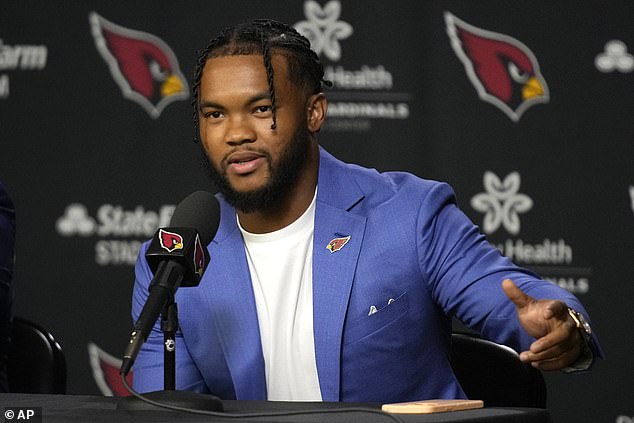 Not only was Murray taken with the first pick in the NFL Draft, but he was also chosen by the A’s with the ninth pick of the 2018 MLB Draft ahead of Tampa Bay Rays pitcher and All-Star starter, Shane McClanahan.

With the Cardinals last season, Murray helped them to go 11-6 in the regular season, before they fell to the eventual Super Bowl winners – the LA Rams – in the Wild Card playoffs in the postseason.