EXPRESS INFORMER > Health & Medicine > Warning over ‘mass exodus’ of 19,000 GPs as nearly half of family doctors plan to quit by 2027

Warning over ‘mass exodus’ of 19,000 GPs amid fears almost half of family doctors are planning to quit by 2027

Urgent action is needed to prevent a ‘mass exodus’ of 19,000 GPs over the next five years, health leaders warned yesterday.

The Royal College of GPs said almost half of family doctors are planning to quit by 2027 in a major threat to patient care.

It insists general practice is ‘significantly under-staffed, under-funded and overworked’, leaving the service and profession ‘in crisis’.

The warning comes after a college survey of more than 1,250 GPs and trainees revealed 42 per cent expect to leave the profession in the coming five years.

A college survey of more than 1,250 GPs and trainees revealed 42 per cent expect to leave the profession in the coming five years. Experts have warned of a ‘mass exodus’ of 19,000 GPs

Ten per cent plan to resign within the year and 19 per cent in the next two years.

There are around 45,000 GPs and trainees working in England, meaning nearly 19,000 are on the verge of walking out.

Of those not planning to retire, 60 per cent cite stress, long working hours and lack of job satisfaction as reasons for quitting.

Almost seven in ten doctors say they do not have enough time to assess patients properly and 65 per cent believe safety is being compromised because appointments are too short.

A total of 38 per cent said GP premises are not fit for purpose and 34 per cent claimed IT booking systems are not good enough.

Professor Martin Marshall, chairman of the RCGP, said: ‘What our members are telling us about working on the frontline of general practice is alarming.

General practice is significantly under-staffed, under-funded and overworked and this is impacting on the care and services we are able to deliver to patients.

‘Our survey results should act as a stark warning for politicians and decision-makers.’ The college wants a new recruitment and retention strategy that will enable the Government to exceed its manifesto pledge of having 6,000 more GPs.

It is calling for a bonfire of bureaucracy to free doctors from the burden of unnecessary paperwork, giving them more time to see patients.

And it is demanding improved booking systems that make it easier for patients to choose to see the same GP or the next available member of the practice team.

The college said this should be supported by returning funding for general practice to 11 per cent of the country’s total health spend, including an extra £1billion for new or improved GP premises. 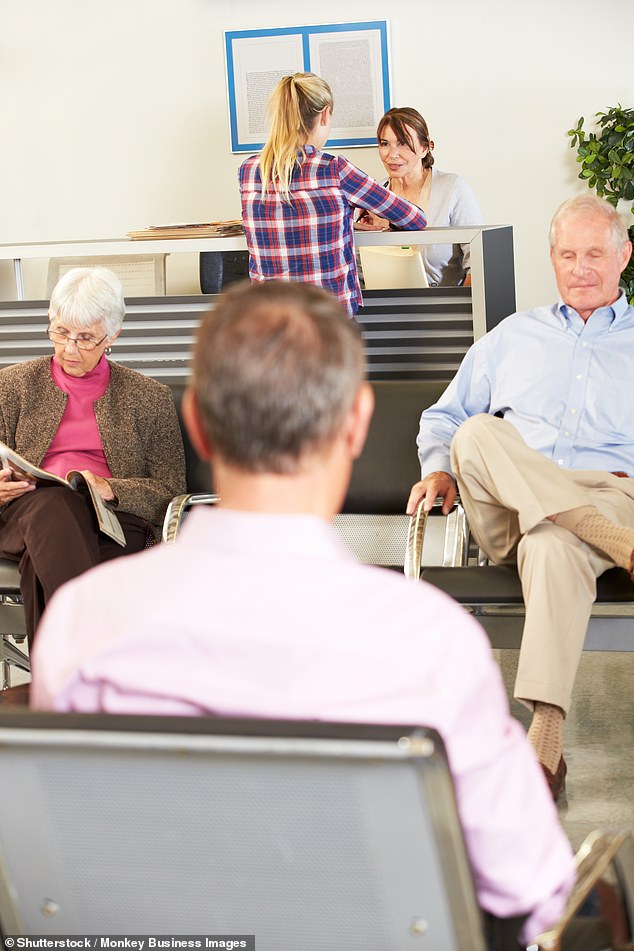 The Royal College of GPs said almost half of family doctors are planning to quit by 2027 in a major threat to patient care. Ten per cent plan to resign within the year and 19 per cent in the next two years

Meanwhile, a new analysis by Labour yesterday revealed that England has lost around 4,500 GPs over the past decade and 300 practices have closed since the 2019 general election.

There are currently more GPs in training than ever before, with an intake of 4,000 in 2021.

But even if this is maintained over the next five years, it will not be enough to counter the numbers planning to leave.

Health Secretary Sajid Javid said last week that the current model of GP care ‘is not working’ and he is planning a review of services.