China has hit back at claims it wants to build a military base in the Solomon Islands calling it ‘fake news’ and slamming Defence Minister Peter Dutton for trying to ‘win votes’.

The secretive deal allows Beijing to send armed police and military personnel to the country at the request of Honiara.

It also states the People’s Liberation Army can ‘make ship visits, to carry out logistical replenishment in, and have stopover and transition in Solomon Islands’.

But China’s Foreign Ministry spokesperson Wang Wenbin claimed on Monday at a Beijing press conference that speculation of a military base was ‘pure disinformation’.

‘The security cooperation between China and Solomon Islands is based on equality and mutual benefits… within the sovereignty of our two countries and consistent with the international law,’ he said.

‘The cooperation is open, transparent, legitimate, lawful and irreproachable.’

He said a ‘handful of people with ulterior motives’ were fabricating speculation about a military base.

‘The nearly 800 military bases in 80 countries and regions across the world run by the US have long been of major concern. When will the US shut down those bases?’

‘Island countries in the South Pacific are independent and sovereign states, not a backyard of the US or Australia.’

The Chinese official was then pressed by a reporter about claims recently made by Australian Defence Minister Peter Dutton that China regularly pays bribes to win international deals. 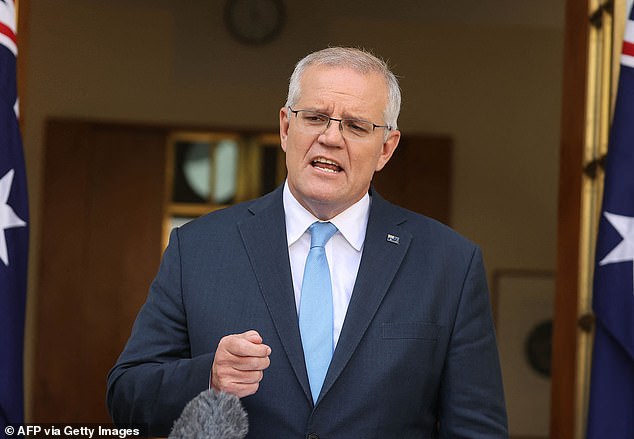 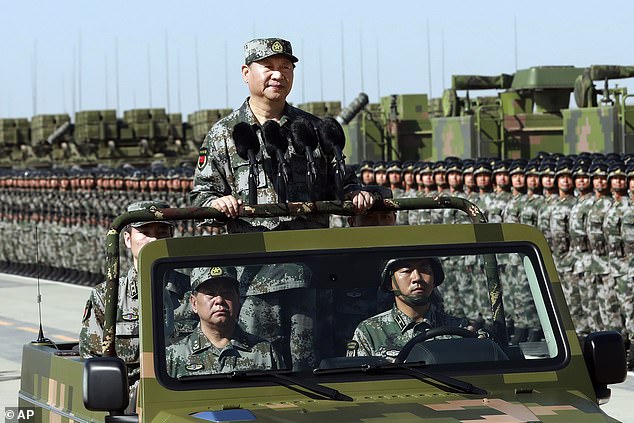 The security deal would see armed personnel sent to the Solomon Islands (pictured: Chinese president Xi Jinping at a military parade in 2017)

‘The Chinese don’t play by our rules. If you look at what has happened in Africa, there are corrupt payments being made,’ Mr Dutton told Sky News Australia on Sunday.

‘We can never compete with that sort of playbook. We have values and we have the rule of law that we abide by.’

‘China’s incredibly aggressive acts of foreign interference, the preparedness to pay bribes to beat other countries to deals – that is the reality of modern China.’

Wang then singled out Mr Dutton and claimed he was using the security deal to win votes in the federal election.

‘Certain Australian politicians are clinging to the Cold War mentality and smearing China with rumors to sow discord between China and countries it has friendly ties with,’ he said.

‘The politicians should earnestly face up to the concerns of people at home and abroad, instead of spreading disinformation to disparage China for their own political gains,’ he said. 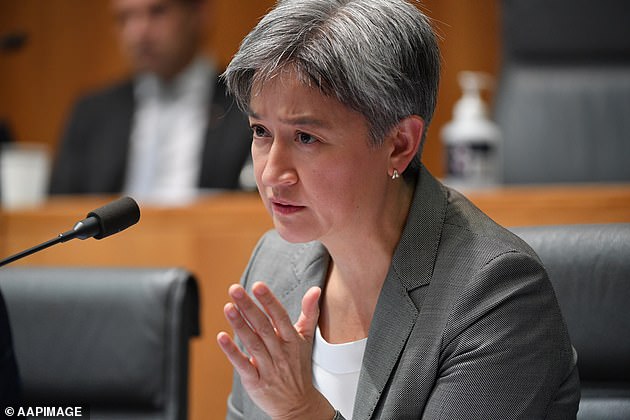