Welsh pubs could be barred from selling alcohol or forced to close early as the country is placed into a new lockdown just weeks after the last one ended.

First Minister Mark Drakeford will outline a raft of measures later that will come into effect on Friday, following a sharp uptick in coronavirus infections.

Under the new programme, cinemas, bowling alleys and other indoor entertainment venues will close, but non-essential retail, hairdressers, gyms and leisure centres can stay open.

Pubs, bars and restaurants are expected to be allowed to remain open, but with strict rules on what they can and cannot do.

The move follows the previous ‘firebreak’ lockdown between October 23 and November 9.

Reports suggest Mr Drakeford could follow the lockdown rules in Scotland and allow pubs to open – but not sell alcoholic drinks –  or close in the early evening.

It came as police in Wales admitted they had fined English visitors over the weekend after they sneaked over the border to shop for Black Friday bargains.

Dozens of English shoppers were caught crossing into Wales – as police cracked down on lockdown rule breakers.

Officers were granted new powers on Friday to stop cars coming into the country and issue fixed penalty notice.

And within 24 hours, South Wales Police reported stopping 110 drivers – and 12 were slapped with fines.

A further 15 caught in Cardiff flouting English lockdown rules were warned and ordered to leave the city.

Among those caught in breach of Covid legislation were a couple who had travelled over 200 miles from Essex to deliver Christmas presents.

Under the new programme, cinemas, bowling alleys and other indoor entertainment venues will close, but non-essential retail, hairdressers, gyms and leisure centres can stay open 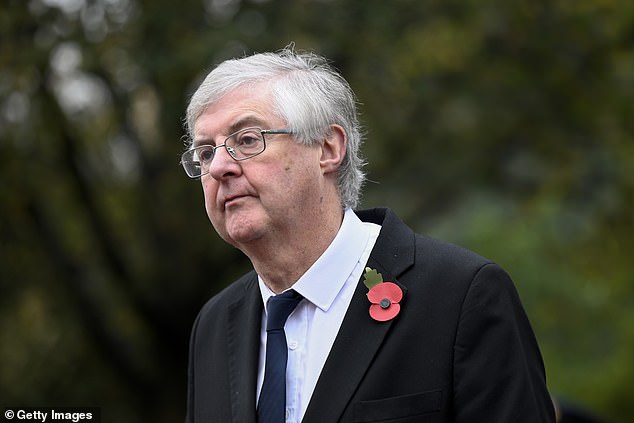 Cardiff and Vale of Glamorgan Chief Superintendent Wendy Gunney, said: ‘I would like to thank the vast majority of people who are enjoying their weekend with caution and within the confines of the existing regulations, but those not adhering to the rules are continuing to put others at increased risk.’

England is still officially in lockdown, but as of December 2 Wales will be bordered by counties in Tier 2. But it is just a short hop along the M4 from Bristol, North Somerset and Gloucestershire, which are in Tier 3.

Further national restrictions will come into effect across Wales this week after a steady rise in infection rates – especially among the under-25s – since a 17-day ‘firebreak’ ended on November 9.

The First Minister told a Welsh Government press conference on Friday that the measures were needed as cases were rising and ‘headroom’ was required before the Christmas period.

He said there had been a fall in coronavirus infections following the 17-day firebreak lockdown in Wales but figures had started to rise again, with the ground gained now ‘being eroded’. 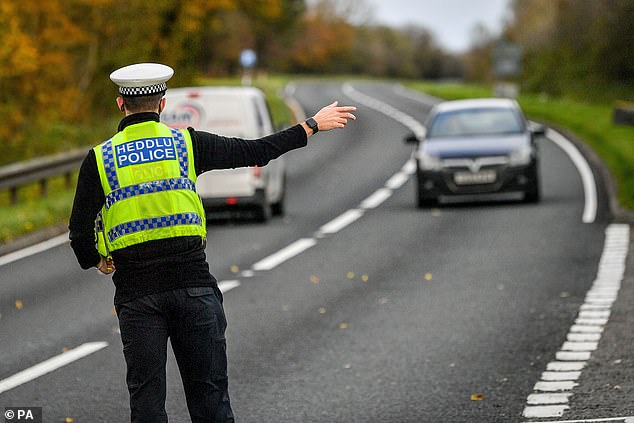 During the firebreak, and in the weeks immediately after it, the reproduction rate or R number fell below one.

But the latest calculations suggest this now could be as high as 1.4, giving further evidence that coronavirus is circulating ‘widely and quickly’.

Pubs, bars and restaurants have been open in Wales since the firebreak ended on November 9, with a 10pm curfew on alcohol sales.

However, Welsh Conservatives warned that a new lockdown could be ‘devastating’ for hospitality businesses.

The Tory leader in Wales, Paul Davies, said:  ‘They have already been hit for six by the pandemic and thousands of jobs are at risk.

‘The Welsh Labour-led Government must clarify its measures urgently to prevent further unnecessary anxiety and worry for those firms hanging by a thread and struggling to keep afloat.

‘As we have always said, the Welsh Conservatives want to see targeted interventions rather than blanket restrictions across the whole of Wales.’