Wales’ First Minister has today slammed I’m a Celebrity for releasing non-native insects into the wild, as he raised concern they could spread Covid.

It comes after police launched a probe following a complaint by Springwatch presenter Iolo Williams about the release of bugs during the show, which is being filmed at Gwrych Castle, north wales.

Speaking on BBC Breakfast today, Mr Drakeford said: ‘We worked carefully with the production company to make sure that all the rules are being observed.

‘If there have been some infringement then it’s right that they are investigated. We would be concerned about non-native species being released.’

He said that ‘viewers will have seen the stories from Denmark recently about mink and coronavirus crossing species.

‘We wouldn’t want to see non-native species being released here in Wales because of the risks that that could pose to the health of other wildlife but potentially, as in the Danish situation, the risk to human health as well.’

There is no information on whether insects such as maggots, cockroaches and spiders and worms can spread Covid.

However, the World Health Organisation (WHO) has dismissed claims that other insects, such as houseflies and mosquitoes, can carry the virus. 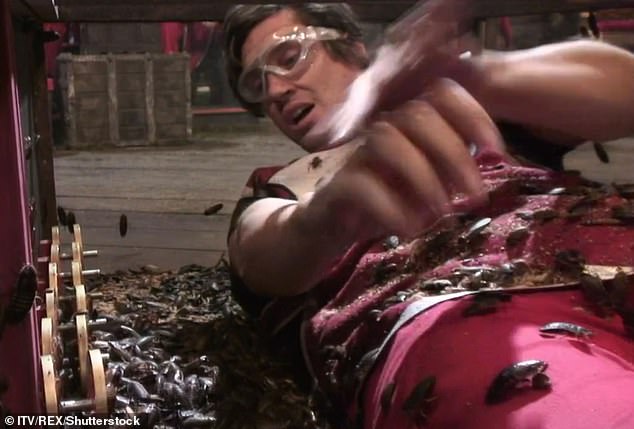 There is currently very little information on bugs and Covid.

But the World Health Organisation (WHO) has dismissed claims that the virus can be spread through insects such as houseflies and mosquito bites.

According to America’s Centers for Disease Control and Prevention, Covid cases have been found in various mammals, including cats, dogs, ferrets, fruit bats and hamsters.

A mutant strain of Covid has also been found in mink farms in Denmark.

WHO says the virus that cause COVID-19 spreads primarily through droplets generated when an infected person coughs, sneezes or speaks.

Outside of humans, Covid cases have been reported in other mammals such as cats, ferrets, fruit bats and hamsters.

‘They are only ever released in a contained area and collected immediately after filming.

‘The bugs are UK bred and are commercially purchased in the UK for birds and exotic animal feed for pets and zoo keepers in normal circumstances.

‘Our insects have been donated to local wildlife sanctuaries, trusts and zoos for their exotic animal and bird feed after filming.’

The First Minister’s comments come after it was revealed that police are investigating I’m a Celebrity after Springwatch presenter Iolo Williams complained about the release of non-native wildlife into the Welsh countryside, it has emerged.

Cockroaches, maggots, spiders and worms could wreck the habitat which surrounds Gwrych Castle in north Wales, the venue for this year’s show.

The ITV programme is normally filmed in Australia where insects, reptiles and rodents are used to terrify the celebrity contestants in various challenges.

But this year, as a result of coronavirus travel restrictions, it was decided that the 250-acre estate in Wales should be used instead.

The Guardian revealed that rural crime officers are probing whether any non-native animals might have escaped during filming following a complaint from the TV presenter and naturalist Mr Williams.

He described it as ‘madness’ to pour thousands of cockroaches onto a contestant because there was no hope of retrieving every one of them.

‘I’m not sure which species they’re releasing, but I can tell you they’re not native. We don’t have those cockroaches here in the UK and we certainly don’t have them in north Wales.’ Williams said.

‘There are going to be cockroaches in every nook and cranny along their bodies, you’re going to tell me that every single one of those is found immediately? Of course it’s not.’ 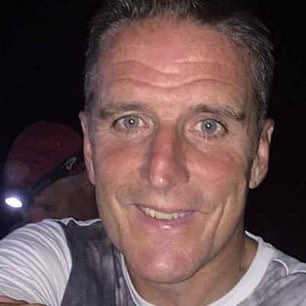 ITV said that they only used non-invasive species and that all of the animals were collected after filming.

Although, the non-native insects might not be invasive this does not mean they cannot do irreparable damage to the ecosystem.

The United Nations has described non-native species as one of the main drivers of change in natural habitats, along with global warming.

A spokesperson for north Wales police said: ‘The matter is being investigated by officers from our rural crime team.’

Gwrych Castle woods is a site of special scientific interest (SSSI) because it is home to some of the country’s rarest species and habitats.

Less than half a mile away from the castle there is another SSSI called Coed y Gopa (wooded summit) which is home to stunning rare birds including ospreys and goshawks.

Mr Williams told The Guardian that ‘cockroaches are the ultimate survivors and if they survive in north Wales and escape into the wild there, what effect are they going to have?’

The police probe comes a week after the RSPCA raised ‘serious concerns’ about the treatment of live animals on the programme.

The RSPCA released a statement, saying: ‘Since I’m a Celebrity was first aired, animals have been dropped, thrown, handled roughly, crushed, chased, overcrowded, scared by contestants and prevented from escaping from stressful experiences.

‘There have also been incidents where animals have been killed for no other purpose than entertainment.

‘The show’s messaging and the potential to prompt people to try and copy the ‘Bushtucker Trials’ at home for entertainment is also worrying and we feel that deliberately portraying certain species as nasty or frightening or as objects that can be used purely for entertainment rather than sentient, living creatures sends out totally the wrong message.’

A spokesperson for the programme said: ‘I’m A Celebrity complies with animal welfare law concerning the use of animals and we are proud of our exemplary production practices.’