Waleed Aly has been scolded by a union boss who accused him of ‘diminishing’ the tragic death of a young tradie after a slip of the tongue in a fiery interview on The Project.

National Secretary of the Construction, Forestry, Maritime, Mining and Energy Union (CFMEU) Dave Noonan called out the host on Monday’s program as they debated the effectiveness of the federal government’s building industry watchdog.

Anthony Albanese’s government this week is taking steps to abolish the Australian Building and Construction Commission (ABCC) on the grounds it had been wasting taxpayer money by pursuing cases against unions.

Mr Noonan welcomed the controversial move claiming the body had fined tradies for offences such swearing on building sites, but failed to take worker safety seriously.

Christopher Cassaniti, 18, died of asphyxiation when scaffolding collapsed on him at at a building site in Macquarie Park, in Sydney’s north west on April 1, 2019. He ran out of oxygen after being trapped in the rubble for 20 minutes.

Mr Noonan said the construction company was fined $900,000 – but claimed it never paid a cent because the firm was covered by insurance.

Aly said defenders of the ABCC could argue the commission ‘prosecutes some important things’ adding that the two examples given were not comparable.

‘If the builder is negligent in that situation, then that could be it’s own little suit,’ Aly said – before quickly correcting himself and saying ‘civil suit’.

‘It’s own little civil suit? We’re talking about the death of a young man Waleed,’ Mr Noonan quickly fired back.

‘The world I live in, the world our members live in, there are serious safety hazards, the most appalling safety circumstances, and I don’t think it’s appropriate to diminish it by calling it a ‘little civil suit’.’

Aly said Mr Noonan had misunderstood him and that he hadn’t meant to call it a ‘little suit’ to which his guest replied: ‘I’m happy to replay the tape’.

‘I’m not saying it’s a little civil suit and it doesn’t matter, if you want to compare the ways in which these things might result ultimately in fines, my only point is, they have different mechanisms that would result in different sorts of fines,’ Aly said.

‘So to say their comparable, well they may not be comparable.’

Mr Noonan said serious safety breaches and wage theft continued to go unpunished in the building industry due to the ABCC’s inaction.

The national secretary claimed the commission had been set up by governments purely to strip workers of their rights to have an effective union.

‘We are a union that stands up for our members, we make no apology for that, and sometimes we get it wrong,’ he continued. 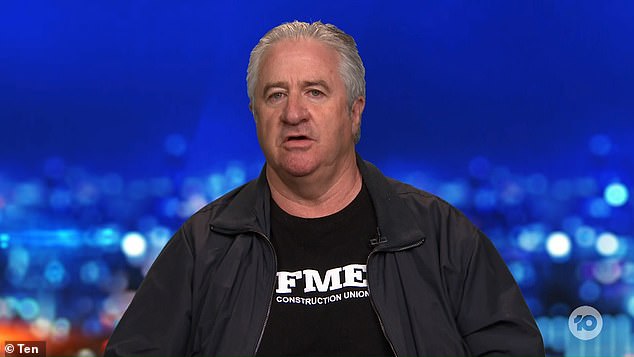 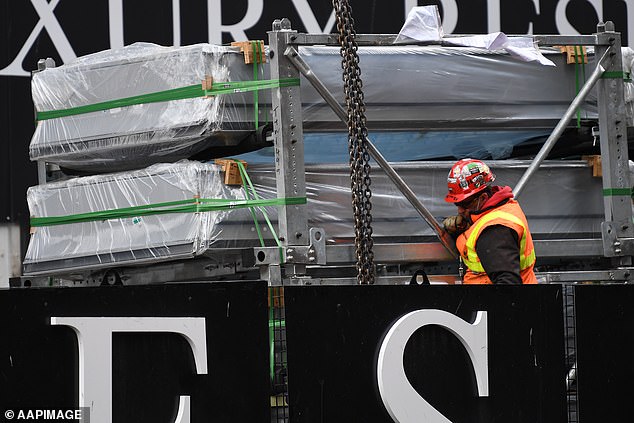 Workplace Relations Minister Tony Burke on Sunday announced building code regulation changes would come into effect from Tuesday, before he introduces legislation later this year to abolish the ABCC (pictured, a construction worker in Melbourne)

‘But we are the only people that are in there trying mate, because let me tell you, the ABCC is not when it comes to looking after workers.’

The heated moment comes after the Albanese government announced a controversial move to scrap the industry watchdog.

Workplace Relations Minister Tony Burke on Sunday decaled building code regulation changes would come into effect from Tuesday, before he introduces legislation later this year to abolish the ABCC.

The commission’s powers will be reduced to the ‘bare legal minimum’ before reverting to the Fair Work Ombudsman and to health and safety regulators. 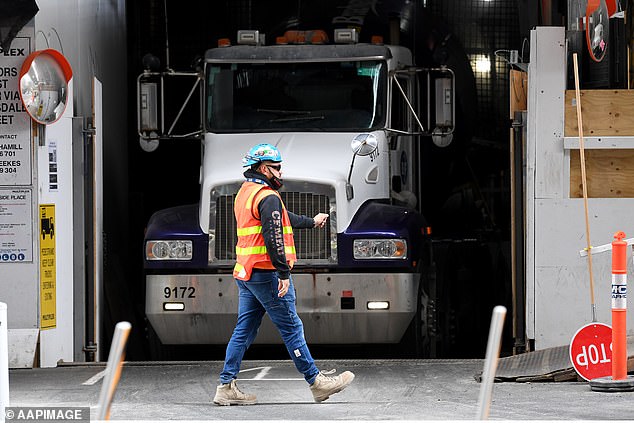 But Deputy Prime Minister Richard Marles said it was about ensuring workers were bound by equal laws.

‘What there should be is the same laws across the entire industrial relations system applying to every single worker,’ he told ABC News earlier on Monday.

‘The way this particular sector has been singled out under the ABCC is not fair.’

Unions have long argued the building code has been used to target them pointing to provisions that ban union flags and symbols.

Mr Noonan has previously claimed the code had stopped unions being able to bargain over apprentice ratios, Indigenous employment clauses and measures to promote women in construction.