A ready meal solution! Trays and other supermarket packaging will use plastic saved from the sea

More than 100 tons of plastic that could end up in the ocean are to be reclaimed and used by Waitrose in ready meal trays and other packaging.

Bantam Materials International collects plastic waste from coastal sites around the world, preventing it from polluting the sea and other parts of the environment.

It recycles the waste into Prevented Ocean Plastic (POP), which is to be used in the packaging of 71 Waitrose products.

It is the first British supermarket to use POP – for 13 lines in a ready meal range it is launching as well as for fruit and vegetables, health items and household products.

Marija Rompani, director of ethics and sustainability at the John Lewis Partnership, which owns Waitrose, said: ‘Our customers have told us they want to see more packaging made from recycled content.’

It is claimed that last year the POP scheme prevented more than 830million plastic bottles from polluting our seas.

The Daily Mail has led the way in highlighting the pollution and waste around throwaway packaging, with campaigns such as Turn The Tide On Plastic. 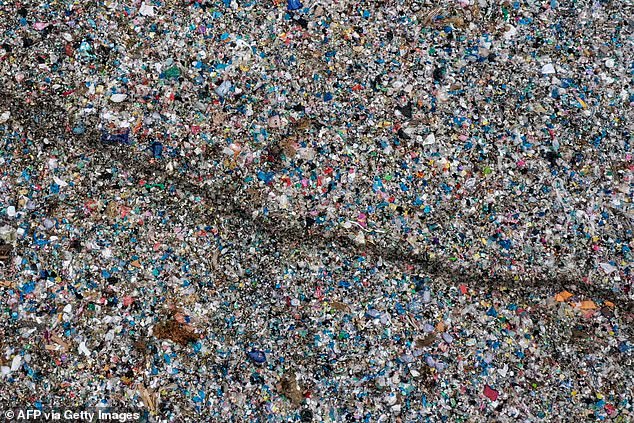 There has been a remarkable shift in attitudes with supermarkets now competing to roll-out innovations to combat plastic waste.

Ms Rompani added: ‘It’s estimated that 90per cent of the plastic in our oceans comes from just 10 rivers around the world, with coastal regions in Southeast Asia identified as being at particular risk… we are committed to repurposing where we can and using more sustainable options.

‘There is more to do but we hope that by using more Prevented Ocean Plastics in our packaging, we can be part of the solution to this hugely significant global issue.’