A huge cannabis farm with more than 2,000 plants hiding near a tiny outback town has been uncovered and shut down.

Five men will spend the next month behind bars after police raided a property in  Kokeby in Western Australia’s Wheatbelt region last week.

Officers discovered a greenhouse on-site where they allegedly found and seized more than 50kg of dried cannabis and in excess of 2,000 cannabis plants ready for harvest.

Bodycam footage released by police showed the sophistication of the set-up with hundreds of rows of cannabis crops and dried plants being powered by large generators.

WA Police found a greenhouse filled with excess of 2,000 cannabis plants in Kokeby

A closer inspection of the remote rural property shows various drug-making equipment and generators being stored while another greenhouse appeared to show space to grow and expand the set-up.

Police will allege the drug operation was run by five Mandarin-speaking men aged 28 to 49. 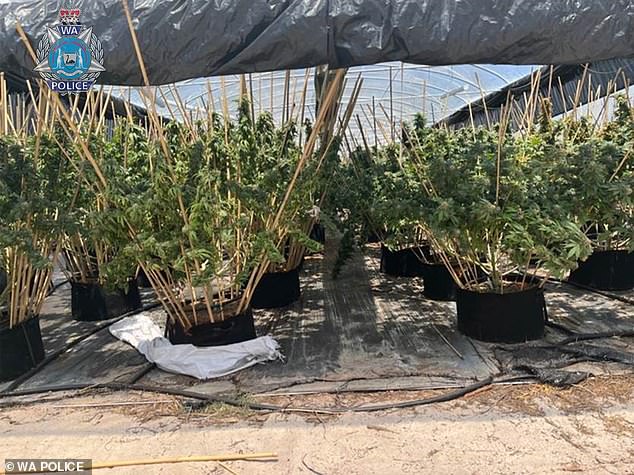 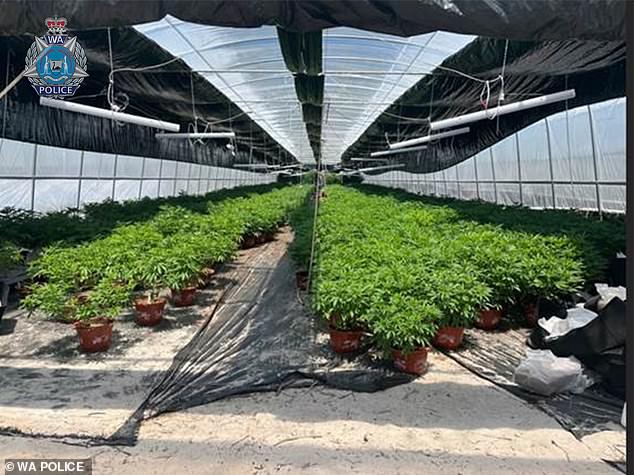 The cannabis haul is the largest seized in recent times by WA Police.

‘This is a significant quantity of drugs to be seized and taken off the streets, produced as part of a plan to make huge profits for a serious organised crime group,’ Detective Superintendent John Hutchinson said.

‘These profits are utilised for the purposes of funding other serious crimes all of this contribute to causing harm to the community.

‘These seizures break that cycle and disrupt the crime groups involved, ultimately reducing that harm.’ 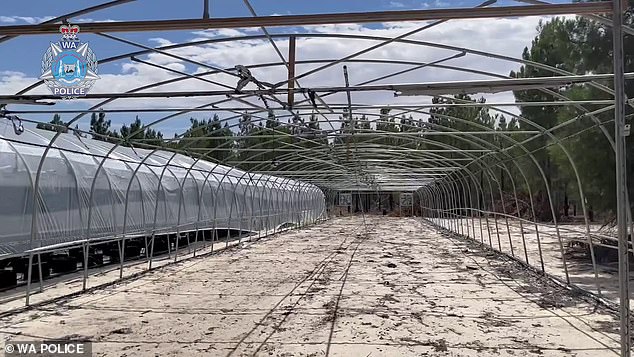 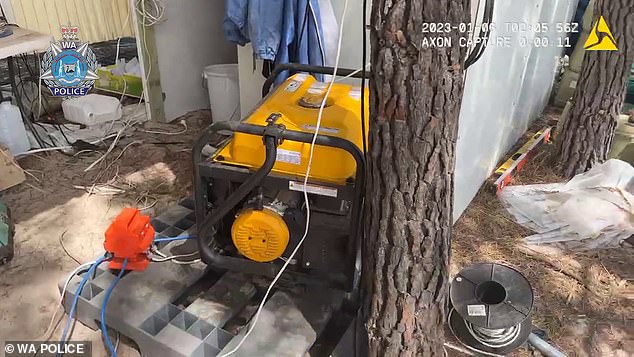