Concern is rising over election fraud in Vladimir Putin’s controversial constitutional referendum which would allow him to rule Russia until the age of 83 in 2036.

Pictures show Russians voting in bizarre makeshift polling stations on tree stumps, in car boots, at children’s playgrounds and on park benches as the poll goes ahead during the pandemic.

Approval in the vote that concludes July 1 will allow Putin to seek two more six-year terms after his current one ends in 2024.

His approval ratings are at an all-time low as Russia’s economy reels under the impact of the coronavirus epidemic and the slump in oil prices.

His popularity rating at 59 per cent is the lowest since he became president in 2000.

However, there is little chance that the referendum could go against him.

Reports say people have been able to vote twice – online and using a normal ballot.

There are worrying claims of mass coercion of state employees in a poll that allows voting anytime between June 25 and July 1.

Voters are reported to be in fear of losing their jobs if they fail to vote the ‘right’ way.

Prizes of new flats, cars, and even pots and pans are openly on offer for those who vote, as well as vouchers worth up to £46 for use on groceries, museums, restaurants, or parking.

Against all the norms, some media outlets are offering a running total of those supporting Putin based on exit polls, with the figure of a 78.6 per cent highlighted today with almost one in five ballot cast.

TV journalist Pavel Lobkov, of independent channel Dozhd, claimed he had successfully cast his ballot twice, prompting the authorities to say they would invalidate all the votes in the ballot box he had used.

‘It is clear that in this way from each state employee there will be 30 votes in favour (of Putin).’ 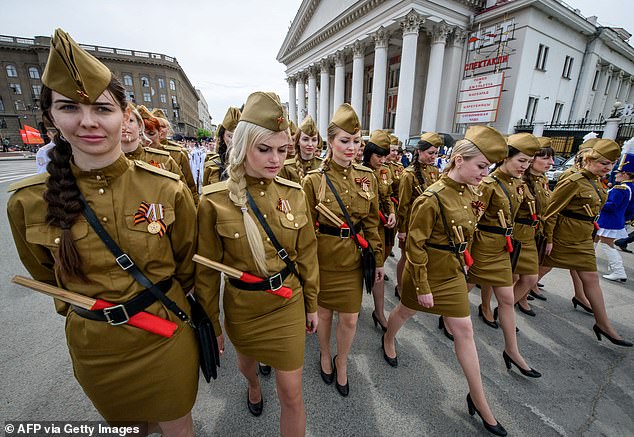 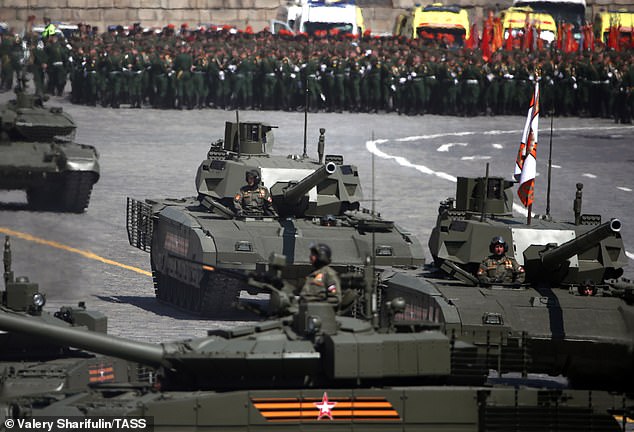 If the landmark changes pass – as is widely expected – Putin would be legally entitled to stand for two more terms, until the age of 83, effectively becoming tsar for life.

There would also be a ban on gay or lesbian marriage, while ‘faith in God’ would be enshrined in the constitution.

Putin has declared that the ballot must be seen to be fair but there are growing doubts.

One supposed ‘polling station’ in a St Petersburg park apparently shows ballot papers being surreptitiously stuffed into a box.

Voting official Grigory Margolin-Kagansky admitted: ‘We see something similar to ballot stuffing in the video.

‘This story is also being checked. There is some evidence that this story is fake, but it really worries us.

‘Therefore, we cannot say yet that the verification is completed. We will continue to study this issue.’

There are unconfirmed claims of buses delivering voters to polling places, a tactic previously criticised for rigging.

‘The secret of will (of electors) was not always ensured’ in initial voting.

‘Citizens were forced to fill out ballots on benches, tree stumps, and car boots in front of other voting participants and members of [electoral] commissions.’

Ballot papers are being issued to voters who have already registered to have voted online.

Independent news outlet Meduza reported that in one Moscow precinct three times the total number of voters had applied to cast their ballots online.

The peculiar situation was blamed on a ‘technical error’.

Russia’s senior election official hit out at provocations over voting during the coronavirus crisis which allows for outdoor balloting.

‘I was sent [messages] about complaints on outdoor votes,’ said Ella Pamfilova, evidently unaware of the makeshift ballot stations across Russia’s 11 time zones.

‘They are saying on the internet that it is illegal to vote on benches and boots of cars.

‘No voting on benches and car boots has been provisioned.’

Putin said this week the most important task is ensuring ‘the results of the nationwide vote are absolutely veracious, legitimate.

Voters should not be coerced and turnout shouldn’t be artificially inflated ‘so that afterwards, no one can cast doubt on the position that the people will express.’