A High Court judge has ordered a judicial review into whether the Government failed to protect two care home residents who died of Covid-19.

The bereft daughters of the pair of elderly men won the right for a probe to be launched after tacking action against Matt Hancock, the NHS and Public Health England over their handling of the crisis.

Dr Cathy Gardner believes the Government breached the human rights of thousands of vulnerable people including her father Michael Gibson, 88, who passed away at the Cherwood House Care Centre in Oxfordshire on April 3.

Dr Gardner’s legal team claim that prior to Mr Gibson’s death the care home was pressured into accepting a hospital patient who had tested Covid-19 positive but ‘had no temperature for 72 hours’.

Her father, a retired superintendent registrar of birth marriages and deaths, was a sitting duck to catch the illness despite never leaving the home, they claim.

Fay Harris, 57, whose father Don, 89, a former Royal Marine, was one of 24 residents of a Hampshire care home who died in May after a Covid-19 outbreak, has also joined the legal action seeking permission to bring a judicial review over whether Government policies exposed care home residents to a risk of harm.

At a remote hearing today, Mr Justice Linden will be asked to decide whether it should proceed to a full hearing in a test case that could have huge ramifications for the families of at least 30,000 people who died in care homes with Covid this year.

Both women are ‘appalled’ by Health Secretary Mr Hancock’s insistence that a ‘protective ring’ had been placed around care homes to shield them during the first wave of the pandemic.

Dr Cathy Gardner with her father Michael, a former registrar, who died in a care home after a resident was brought in with coronavirus after being discharged with coronavirus 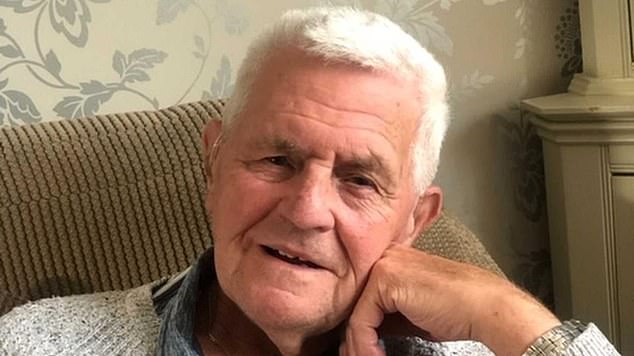 Fay Harris, 57, whose father Don, a former Royal Marine, was one of 24 residents of a Hampshire care home who died in May after a Covid-19 outbreak, has also joined the legal action

Dr Gardner was so upset that she was forced to say goodbye to her 88-year-old father Michael through a care home window and the circumstances before his death that she is suing the government. 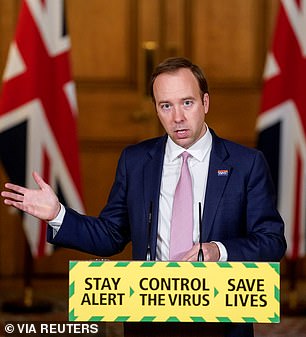 Her case accuses the government of unlawfully exposing countless care home residents to substantial risk during the pandemic – and was filed at the High Court in June.

The case will be for the benefit of every individual, including care home residents, staff and family members, affected by the government’s course of action, she says.

Dr Gardner says the government opted for a ‘casual approach’ to protecting care home residents, adding: ‘At worst, the government have adopted a policy that has caused the death of the most vulnerable in our society.

‘It is completely unacceptable that this happened and that responsibility has been avoided.’

On her father’s death certificate it said ‘Covid probable’, because he perished before widespread-testing became widespread in care homes.

The government has been met with staunch criticism in relation to its handling of care homes throughout the health crisis, with particular policies allowing patients to be discharged from hospitals into care homes without being tested coming under fire. 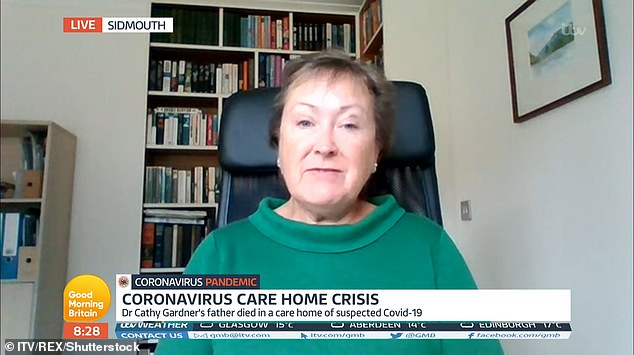 Dr Gardner’s case, which will be filed at the High Court on Friday, accuses the government of having exposed care home residents to substantial risk during the pandemic

A letter sent to Mr Hancock in June said Dr Gardner believed that the controversial policies adopted by the Health Secretary, NHS England and Public Health England ‘manifestly failed to protect the health, wellbeing and right to life of those residing and working in care homes’.

The letter also claimed: ‘Their failings have led to large numbers of unnecessary deaths and serious illnesses.

‘In addition, the failings of Government have been aggravated by the making of wholly disingenuous, misleading and – in some cases – plainly false statements suggesting that everything necessary has been done to protect care homes during the pandemic.’

Fay Harris, 57, who has joined the court action, had planned to treat her father Don, a former Royal Marine, to a special sailing trip in his beloved Portsmouth Harbour to celebrate his 90th birthday last month.

She had found a boat adapted to carry people in wheelchairs so he could see the harbour where he was stationed from the sea again.

But days later on May 1 Mr Harris died at Marlfield care home in Alton after an outbreak of coronavirus. Hampshire Court Council said later that a quarter of the 24 deaths there around this period were Covid-related but could have been higher.

His bereft daughter told The Times: ‘Physically my dad was fit and he was well. He always had a smile on his face. When we left him he was mobile. He was strong and he was a fighter. He had Alzheimer’s and had had care problems but he came through them all. He should not have died, he should have been on that birthday trip.’

The Department of Health has said it cannot comment on legal proceedings.