By Michael Gillard For The Mail On Sunday

The woman who alleges she was flown to London to have sex with Prince Andrew as a teenager has praised the ‘bravery’ of a former police officer who raised questions about the Duke’s ‘alibi’.

In an emotional tweet, Virginia Roberts thanked the highly respected ex-Royal protection officer for speaking to The Mail on Sunday last week.

His claim – that the Duke of York may have returned to Buckingham Palace in the early hours of March 11, 2001 – contradicts Andrew’s account of being ‘at home’ all evening after taking his daughter Beatrice to Pizza Express in Woking, Surrey.

In a tweet, Miss Roberts, 36, wrote: ‘Thank you to the brave officer coming forward with his memory of events. Every single shred of evidence helps put pressure on the authorities to do the right thing.’

The former officer recalled how the Duke arrived by car at the front of the Palace in the middle of the night and he shouted at guards because they did not open the gates quickly enough.

He believes it could have been the same night that Miss Roberts alleges she had sex with the Duke at the London home of socialite Ghislaine Maxwell after she was trafficked to London on Jeffrey Epstein’s private jet.

The account has heaped pressure on the Metropolitan Police to disclose any information it holds on Andrew’s whereabouts on March 10 or 11, 2001.

The unnamed ex-officer has applied to see his shift roster to confirm his account.

The individual, who had an exemplary 23-year career in the Met, said he received messages of support from former colleagues last week. 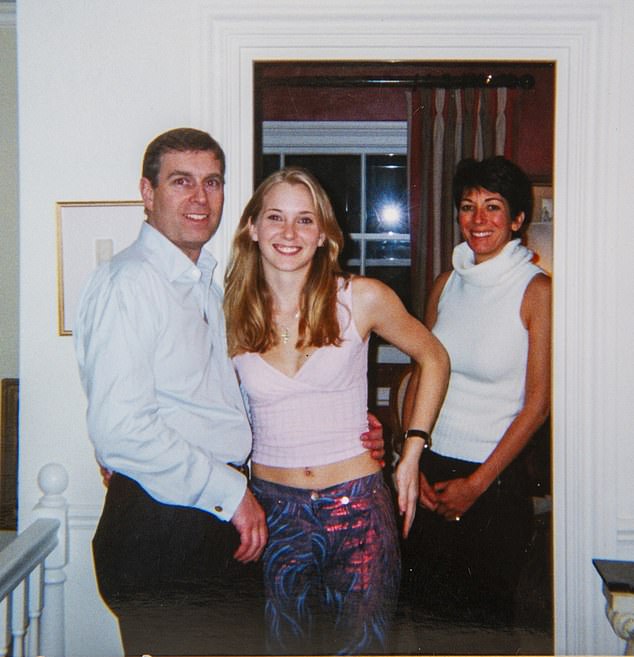 He explained that he had felt a ‘moral obligation’ to step forward because Miss Roberts was a victim of sex trafficking.

‘These are crimes that cause very real pain and humiliation on the victims, ruins lives and, as we now see, the wounds never heal,’ he said.

‘It was this one occasion at the Palace with Prince Andrew that stuck in my mind, because it was so unusual and now I realise it may be important to the case.’