Chris Evans was over the moon as he reached the London Marathon finish line on Sunday – beaming for snaps at the other side.

The Virgin Radio DJ, 56, put on a sweet display with his wife Natasha Shishmanian, after taking on the gruelling run together.

Beginning from Blackheath in south-east London to the finish line on The Mall, the 26.2mile run welcomed more than 40,000 competitors – including other stars such as Mark Wright and McFly’s Harry Judd.

Completed it! Virgin Radio host Chris Evans, 56, was proud as punch on Sunday as he beamed alongside wife Natasha Shishmanian at the finishing line of the London Marathon

Donning a pair of New Balance shorts and a bright orange, Virgin Money  sports T-shirt – Chris beamed with a medal wrapped around his neck at the finish line.

Throwing up a peace sign, the radio presenter added a burgundy baseball cap to his athletic ensemble while wrapping an arm around his wife.

Her brunette locks were styled in two braids for the event, as she wrapped an arm around Chris after the succesful stint. 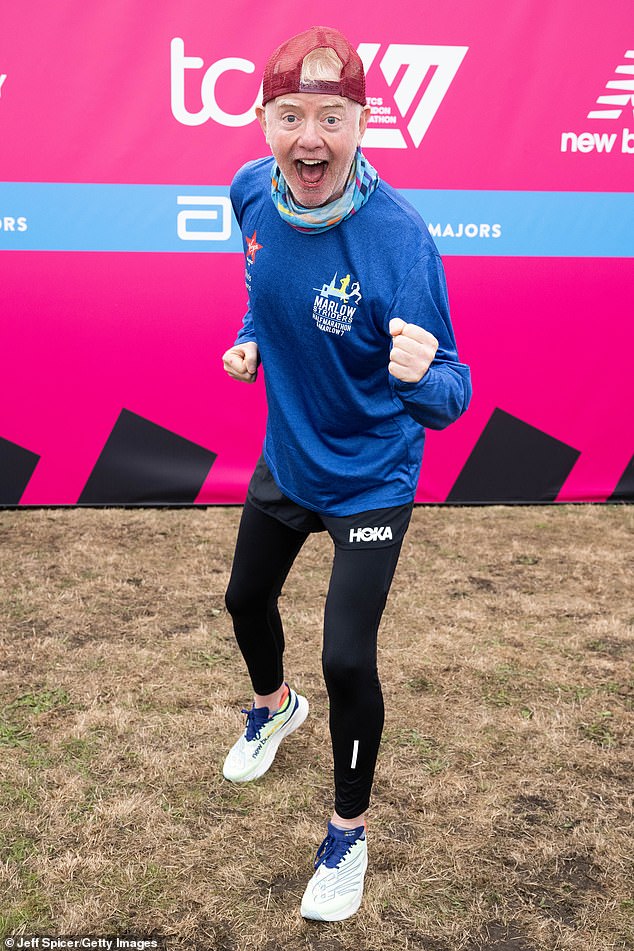 Before: Chris was raring to go before starting, beaming as he got into starting position for a snap 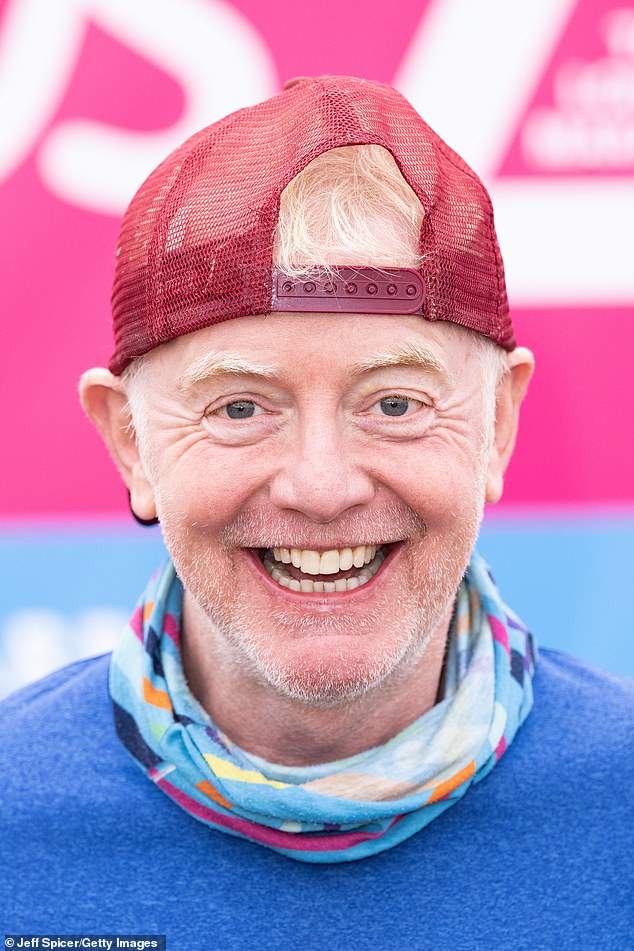 Chris, who admits in his Instagram bio that he is ‘punching way above his weight in the marriage dept’, tied the knot with Natasha back in 2007

And the DJ was also joined by other members of his Virgin Radio team, including Vassos Alexander and other crew members.

Wishing their team good luck, the radio station shared a snap of the group to Instagram, penning: ‘Good luck to our wonderful Virgin Radio family at the #londonmarathon today, and to all runners!’

A slew of celebrities took to the capital city to take part in the marathon, with Chris beaming for a snap alongside Big Brother star Kate Lawler before taking on the race. 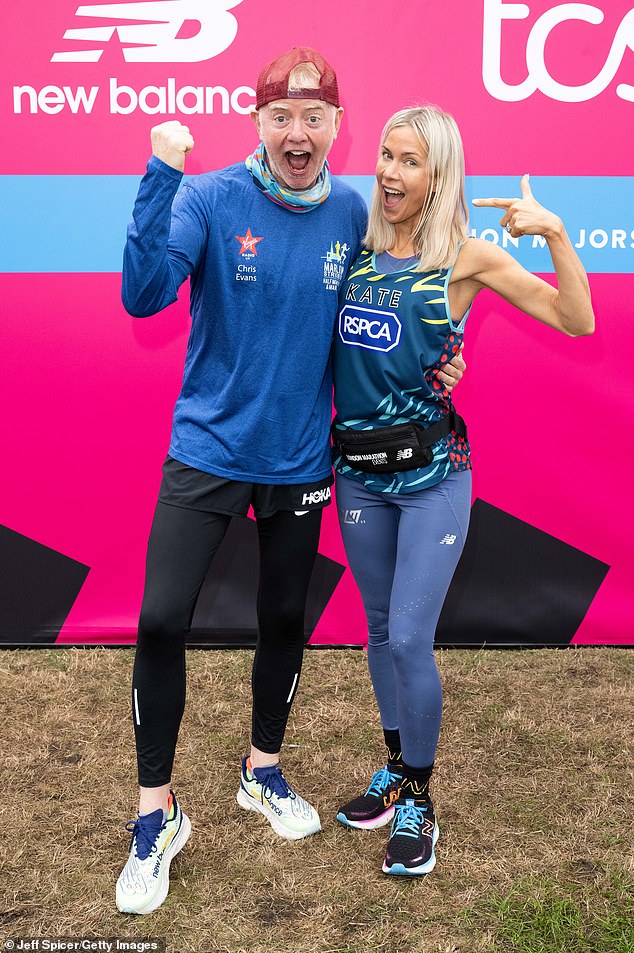 Good cause: A slew of celebrities took to the capital city to take part in the marathon, with Chris beaming for a snap alongside Big Brother star Kate Lawler before taking on the race.

And McFly’s Harry headed home to recover after the race, claiming he had some bad blisters and ‘bleeding nipples’ following the run.

But before the mass event got underway this morning, there was a moving rendition of the national anthem in tribute to the late Queen Elizabeth II, who died last month.

After the tribute the elite men and the mass group were set on their way by England Lionesses Leah Williamson, Ellen White and Jill Scott.

Many of those taking part were doing so for charity, often with moving personal stories behind why they are putting their bodies through the wringer having spent months, and sometimes years, preparing for the big event. 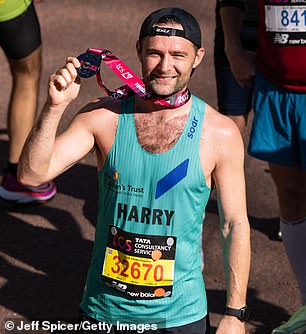 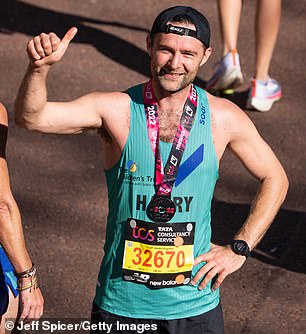 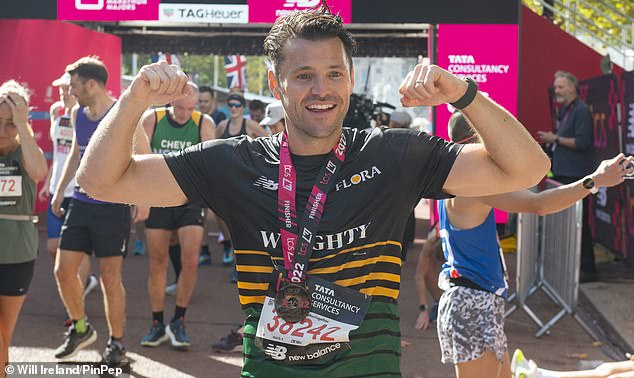 Famous faces: Mark Wright ran as an ambassador for Flora’s Get Towns Active campaign (pictured at the finish line)