The airline will be managed by accountants from Deloitte while it restructures and looks for a buyer.

There are fears the restructure will involve scrapping less profitable routes, particularly to regional areas, meaning Qantas will be the only provider and can push up prices.

Virgin will still operate limited international and domestic flights during administration as executives hope to come out of the process ‘as soon as possible.’

CEO Paul Scurrah said: ‘Our decision today is about securing the future of Virgin Australia and emerging on the other side of the COVID-19 crisis. Australia needs a second airline and we are determined to keep flying.’

Last night tearful staff held a media conference and asked the government for a bail-out, saying: ‘We can not collapse, we beg you to help Virgin.’ 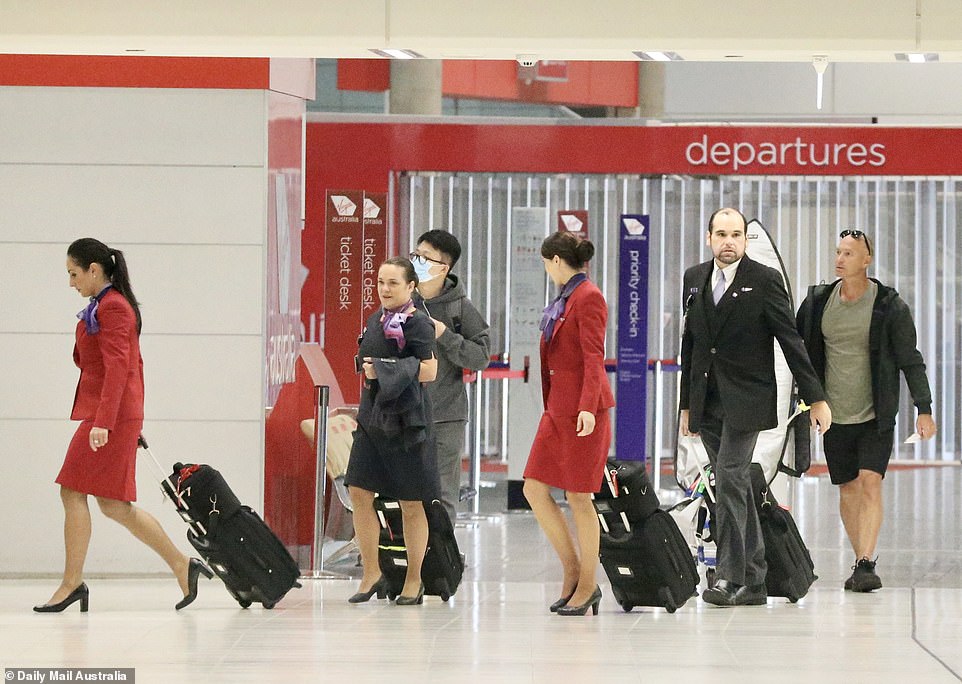 Virgin called in administrators after a board meeting of its international shareholders voted against providing more financial support. Pictured: Staff in Brisbane today 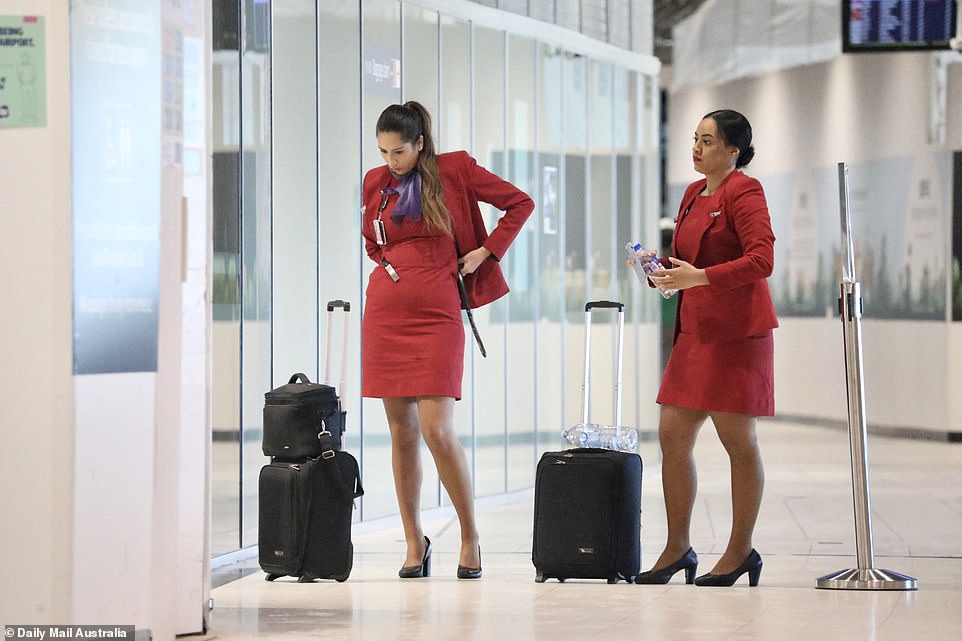 The airline will be managed by accountants from Deloitte while it restructures and looks for a buyer. Pictured: Staff in Brisbane on Tuesday

The carrier had earlier asked for a $1.4 billion financial lifeline, which was rejected, after the spread of the coronavirus hit its domestic and international flights business.

Virgin called in administrators after a board meeting of its international shareholders voted against providing more financial support on Monday night.

A last-ditch plea to the government for a $100 million grant for short-term relief was also denied, The Australian reported on Tuesday.

Virgin is carrying about $5 billion in debt, employs about 10,000 people and supports another 6,000 indirect jobs. 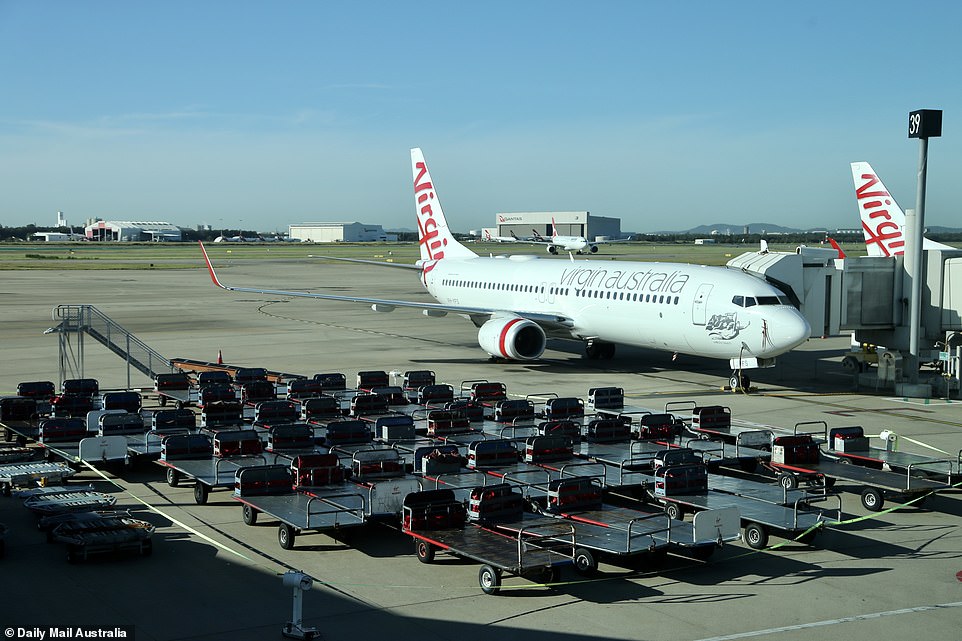 Virgin called in administrators after a board meeting of its international shareholders voted against providing more financial support on Monday night. Pictured: Grounded planes on Tuesday at Brisbane Airport 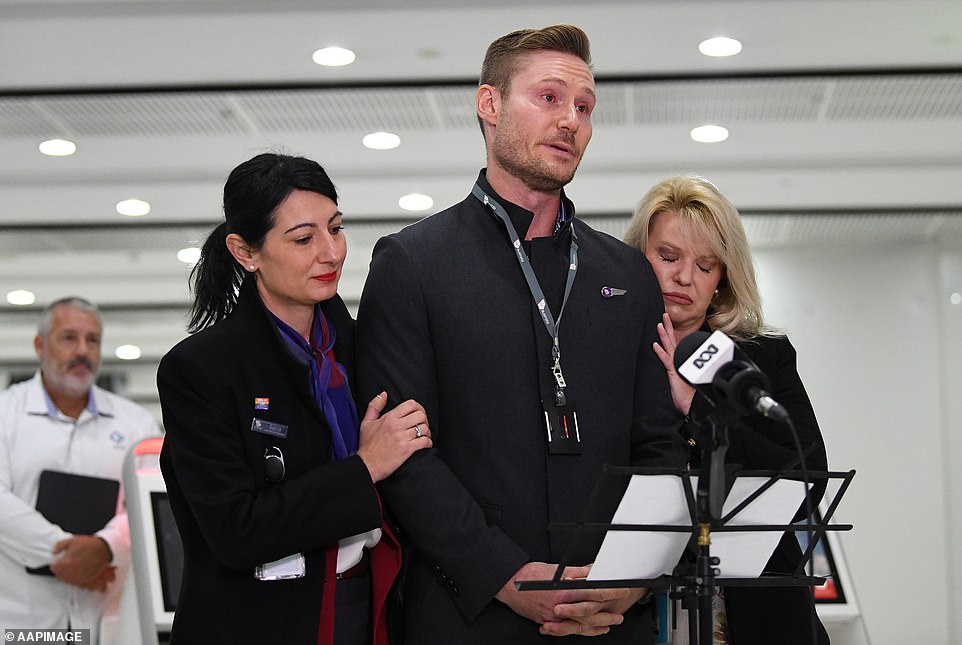 Most full-time staff have already been temporarily stood down after the air travel and tourism markets around the country collapsed as the virus spread.

But the latest development means their future is uncertain unless Virgin can negotiate through the administration process and emerge on the other side.

It is expected that Virgin Australia’s existing management team will remain in place during the administration period during which the focus will be on debt restructure.

Private equity firms including BGH Capital are known to be circling the stricken airline which had been asking the NSW and Queensland Government for help.

He said the airline and others in his group need government help in the form of loans to get through ‘this catastrophic global crisis’.

‘We are hopeful that Virgin Australia can emerge stronger than ever, as a more sustainable, financially viable airline,’ he told staff.

‘If Virgin Australia disappears, Qantas would effectively have a monopoly of the Australian skies. We all know what that would lead to.’

Virgin is 90 per cent foreign-owned, with Singapore Airlines, Etihad Airways and Chinese conglomerates HNA Group and Hanshan owning 80 per cent between them, and Richard Branson’s Virgin Group holding 10 per cent. 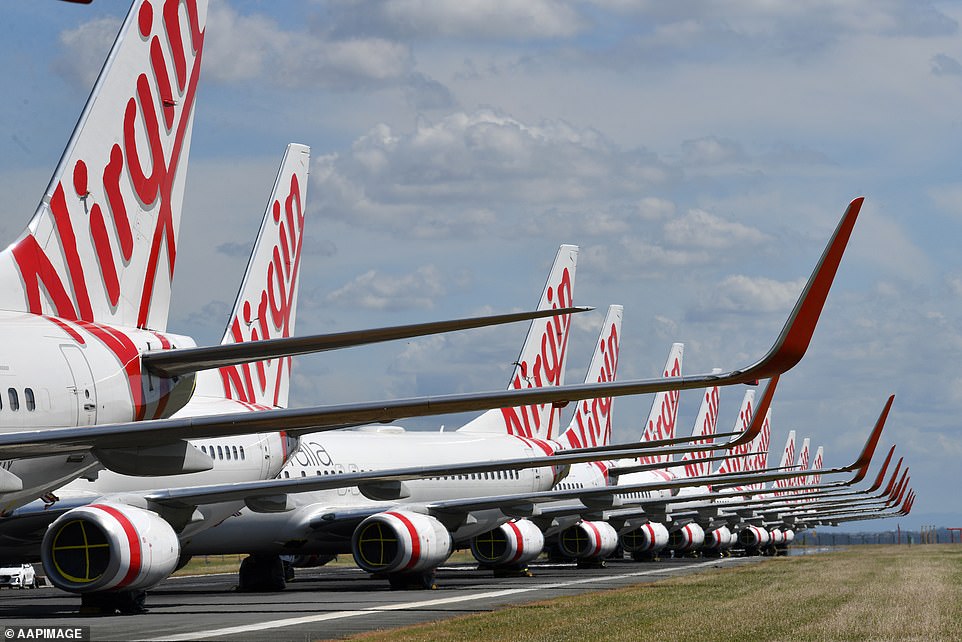 Domestic tourism operators are terrified that if Virgin Australia’s fleet is removed from the skies that a Qantas monopoly would cause airfares to rise, killing their businesses

‘They have some very big shareholders with deep pockets,’ Treasurer Josh Frydenberg noted on Monday.

But it appears those shareholders won’t be coming to the rescue, although the carrier could find new private equity buyers.

‘The government could put in something like a fare cap,’ he said.

The Australian airline market is still attractive over the long term, particularly the domestic segment.

‘That’s why you see all these investors waiting in the wings,’ to move on Virgin, Mr Sobie said.

Collapse of Virgin Australia will provide an ‘opportunity’ to restructure, says Mathias Cormann

Senator Cormann said administration would offer a chance to restructure underperforming parts of the business.

‘It offers the opportunity for private sector interest to come forward and buy the business or assist with the recapitalisation of the business,’ he said.

‘There’s a lot of opportunity from here on in to ensure that there is a viable second airline in Australia moving forward.’

He said the first responsibility to step up was with major shareholders, including Singapore Airlines, Etihad and Chinese investors.

Nationals MP David Gillespie said the government made a mistake in refusing to provide the airline with the $1.4bn loan.

‘I’m disappointed that we weren’t able to support their request for help,’ he told The Australian.

‘We had two major airlines going into the coronavirus epidemic but it looks like we’ll have just one coming out the other side.’