More than one in ten clamps attached to the wheels of untaxed vehicles in the last five years have been forcefully removed or damaged when vigilante motorists have tried to extract them, according to official figures.

Of the 635,445 clamps locked onto vehicles by contractors working on behalf of the DVLA between 2017 and 2021, a staggering 82,475 of the shackles were ‘gone on arrival’ when they returned to remove the motor from the road.

The data also showed that Birmingham is the clamped capital of Britain, with 21,378 cars immobilised by the DVLA for not having tax between 2017 and 2021.

Graham Conway, managing director of Select Car Leasing – who obtained the official DVLA data on removed wheel clamps via the Freedom of Information Act – warned that the destructive behaviour of removing a clamp could have severe consequences.

He explained: ‘Removing a lawful wheel clamp is an offence under the Tribunals, Courts and Enforcement Act 2007, as well as ignoring the important fact that you haven’t paid your road tax.

‘To see so many people being clamped for not having the correct road tax, and a chunk of those damaging or removing the clamps, is shocking for law-abiding motorists.’

The official records shared by the DVLA show that 2019 was the year when most clamps were removed by vigilante motorists.

A staggering 21,387 of the shackles put in place by the DVLA’s contractor NSL Ltd were damaged or removed, the government agency said. 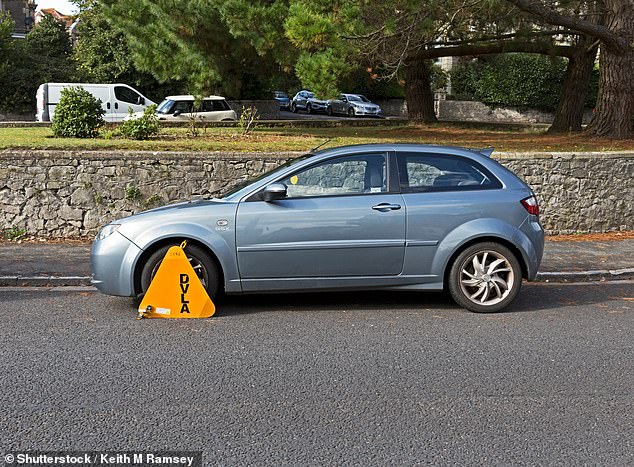 Of the 635,445 clamps locked onto vehicles by contractors working on behalf of the DVLA between 2017 and 2021, a staggering 82,475 of the shackles were ‘gone on arrival’ when they returned to remove the motor from the road

Birmingham the clamped capital of Britain

Birmingham is the capital of car tax dodgers, with England’s second city seeing 21,378 car clamped between the start of 2017 and the end of 2021.

According to the DVLA, the release fee for a clamped vehicle is £100 if it is re-taxed. If you are unable to re-tax the vehicle, a refundable surety fee of £160 must also be paid with the £100 release fee.

If the vehicle is removed 24 hours after it’s clamped, the release fee increases to £200 with an additional £21 per day storage fee. 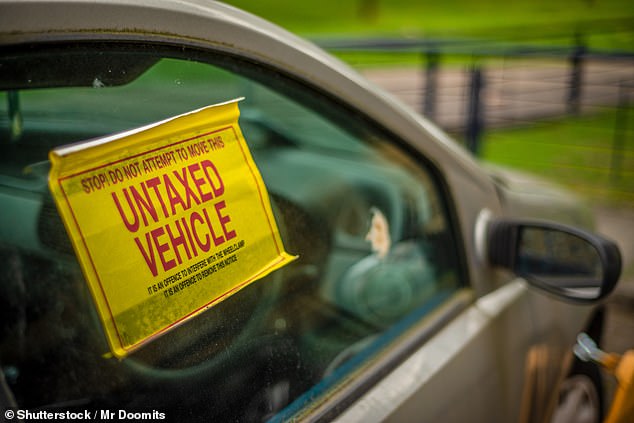 Birmingham is the capital of car tax dodgers, with England’s second city seeing 21,378 car clamped between the start of 2017 and the end of 2021

The surety fee allows you to drive the vehicle for 24 hours to move it off the highway and onto private land or a driveway.

Mr Conway added: ‘While there are no doubt some innocent mistakes in these figures – drivers who’ve simply forgotten to renew their road tax – there are many more who are flouting the law.

‘But what they also show is that the authorities are determined to catch out those unwilling to pay their way.

‘And if you do think about removing a clamp, you could be facing a criminal damage charge and plenty more trouble.’