By Elena Salvoni For Mailonline

Gold Hill in Shaftesbury, Dorset is perhaps one of rural England’s best known backdrops after it was used in the famous 1973 Hovis advert.

But visitors hoping to enjoy one of Britain’s most famous views have been left disappointed as the countryside scenery is being ‘ruined’ by scaffolding on a nearby house.

The ‘Boy On The Bike’ advert, which was filmed on the pretty cobbled Dorset street, has consistently been voted the UK’s favourite.

The ad launched the career of its director, the legendary filmmaker Sir Ridley Scott.

It shows a youngster delivering bread up the steep hill lined with thatched cottages, a picturesque scene from a bygone Britain.

The 1973 Hovis advert was shot in the pretty cobbled Dorset street, and launched the career of legendary filmmaker Sir Ridley Scott 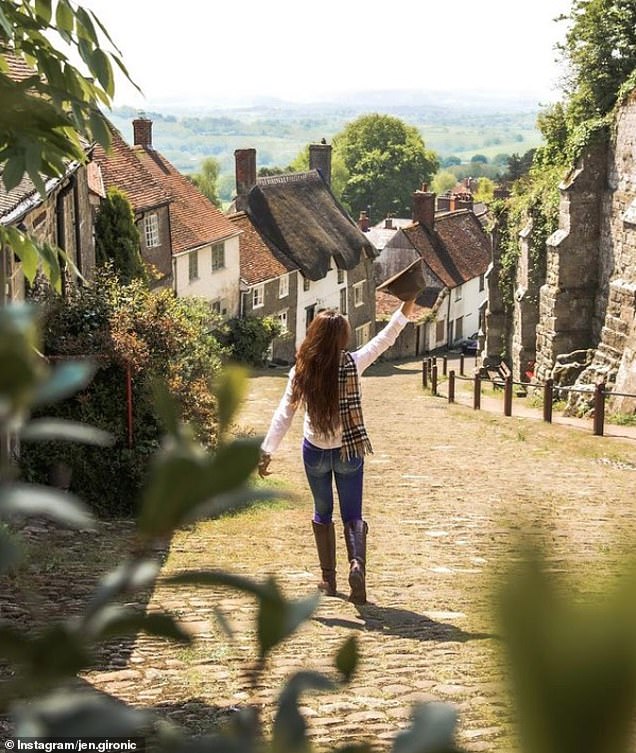 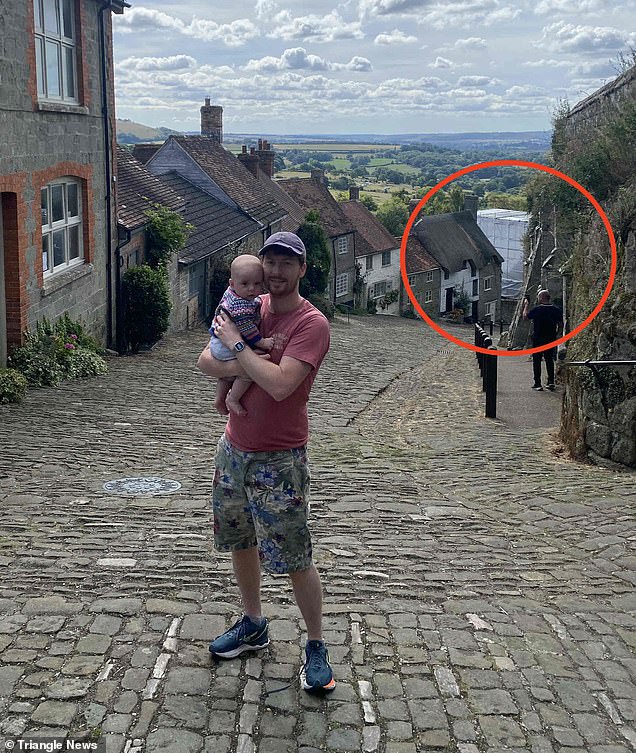 Before and after: One of Britain’s most famous views is being ‘ruined’ by scaffolding from a nearby house renovation, visitors have claimed 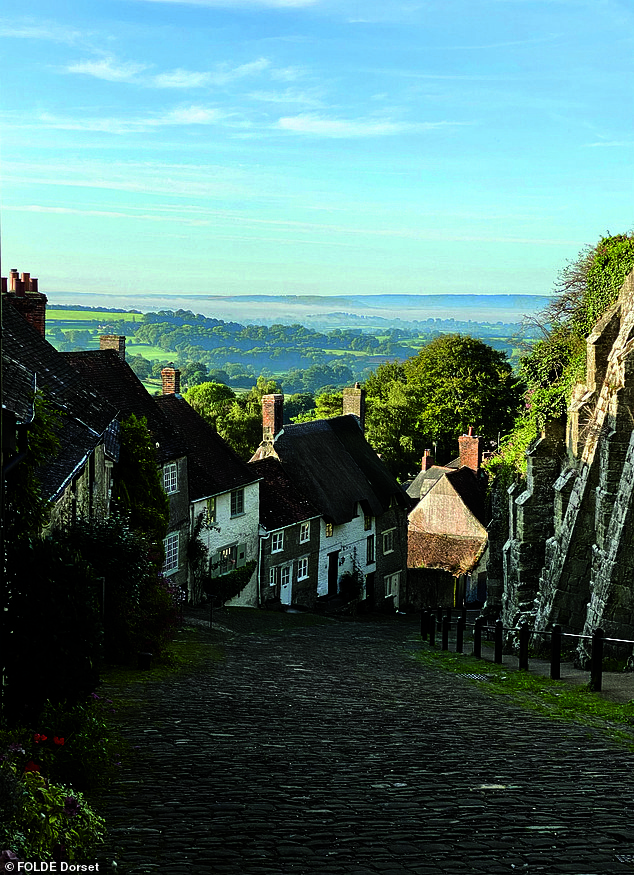 The setting was also used in the 1967 film version of Thomas Hardy’s classic Far From The Madding Crowd.

But recent visitors have had to crop out much of the beautiful scenery due to unsightly sheeting being used to cover a cottage down the hill, which was sold at auction in November 2021 for £165,000 – £15,000 over the guide price.

It is understood to be undergoing renovation after being purchased by someone who lives outside of the county, but it is not known whether it will be a holiday home or their own private residence.

Instagram shots from the top of the street now show people having to cut off half the view to avoid getting the building works in shot.

One visitor said: ‘We drove an hour out of our way to visit the famous Hovis Hill.

‘We were really hoping to get some good shots to be able to frame and, of course, for Instagram, but we couldn’t really take one in all its glory as there was so much scaffolding on display.’

Another added: ‘Yes, the sheeting is a bit of a shame, it has ruined it a bit.’

Shaftesbury is one of Dorset’s prettiest towns and the view from the top of Gold Hill is said to be one of the most romantic anywhere.

The old cottages and cobbled street on the beloved hill are framed by the Melbury Downs in the background. 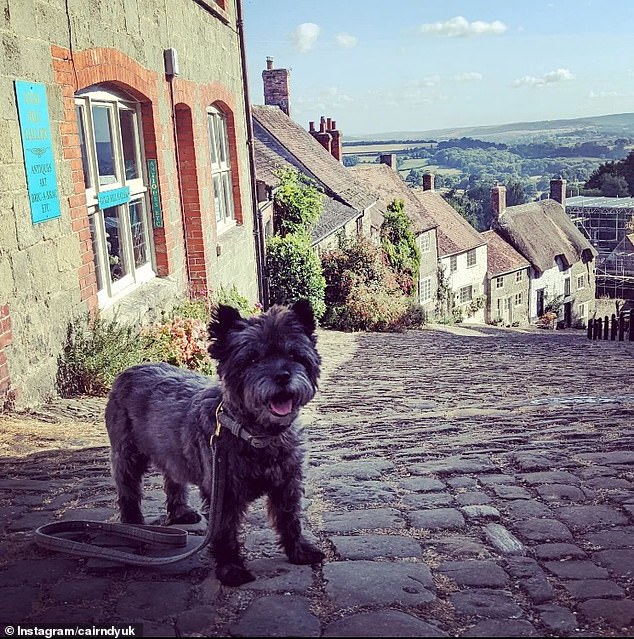 A planning application submitted to Dorset Council in May reveals how the 17th century Grade II-listed cottage has been damaged by water and needs extensive structural work.

‘The street, a former historic routeway of local and national significance, incorporates a listed cobbled surface and the high boundary wall of the former Abbey Precinct, listed and scheduled.

‘The majority of the properties within the steep street are listed including no.16 and its adjoining no.17 and all of its northern neighbours.’

A spokeswoman for Shaftesbury Town Council said they hadn’t received any complaints – and that eventually the view would look even worse if the works weren’t carried out.

She added: ‘The problem is that works do need to be carried out, even in a lovely and picturesque place like this.’

Town councillor Piers Brown added: ‘Although one of the properties at the bottom of Gold Hill is currently undergoing some renovations, fortunately Shaftesbury has a lot more to offer including some of the most scenic views in the whole of the UK.

‘All easily accessible by foot, bike and car as well as one of the most vibrant and unique High Streets.’

And spokeswoman for Visit Dorset added: ‘The scaffolding is due to a renovation project bringing an old neglected cottage back to life, however Gold Hill can still be photographed at an angle that cuts out the scaffolding and shows the beautiful Melbury Downs in the background.’