Footage has emerged of Liz Cambage’s Nigerian-American Los Angeles Sparks teammate rolling her eyes in disgust while appearing alongside the Aussie basketball star at a press conference after the ex-Opal’s alleged racist outburst at the Nigerian national team made headlines.

The 30-year-old’s sacking comes after Cambage’s now infamous alleged racial slurs during a pre-Olympics scrimmage between Australia and Nigeria, in which the Aussie also sparked a couple of brawls.

Opals teammates and members of the Nigerian team alleged Cambage called her opponents ‘monkeys’ and told the entire side to ‘go back to your third world country’ during a time out.

Cambage has continued to deny the allegations.

Team chemistry was reportedly not the reason Cambage and the Sparks parted ways on Tuesday.

Doubt has been cast on that claim, however, with footage emerging of her Nigerian-American teammate, Chimey Ogwumike, looking anything but friendly with her at a recent press conference.

Liz Cambage: “It’s nice to be back. I’m just happy to be here at the moment,” said Cambage when describing her third time testing positive COVID on July 14. This interview is from July 21, which was her second to last game as a member of the Los Angeles Sparks. #WNBATwitter pic.twitter.com/oY19k3PQhg

As Cambage discusses her recovery from a third bout of COVID, Ogwumike can be seen rolling her eyes and shaking her head, very obviously unimpressed with the star Australian.

Teammate Brittney Sykes was sandwiched between the pair at the press conference, and also appeared to be very unimpressed – though her reaction was not as overt as Ogwumike’s. 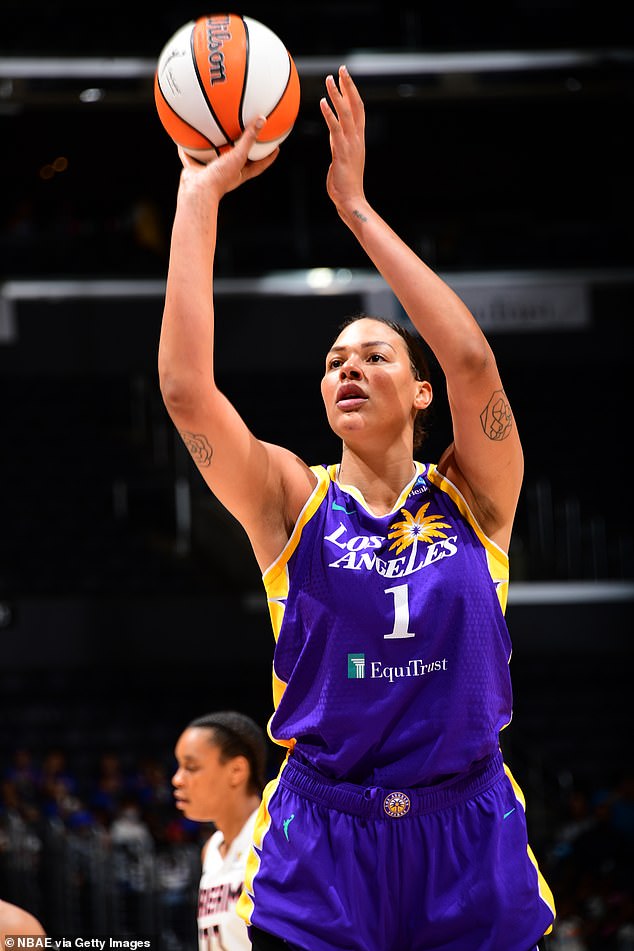 What makes Cambage’s alleged slurs more bizarre, is the fact that she is half-Nigerian herself.

When it was announced she was joining the Sparks in February, Cambage didn’t hint at any potential issues with her Nigerian-American teammates, sisters Chimey and Nneka.

In fact, she said the exact opposite.

‘They’re my Nigerian sisters, that’s half of me. I’ve been planning a trip [to Nigeria] and saying the girls need to take me and show me. I’ve never been,’ she told the LA Times. 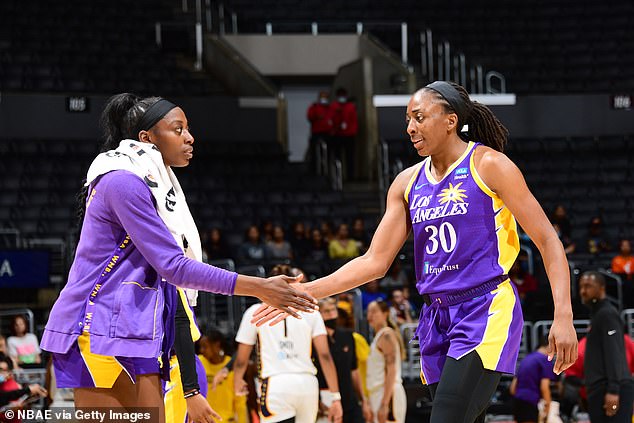 Sisters Nneka and Chimey Ogwumike of the Los Angeles Sparks

The Sparks released a statement on Tuesday saying they had agreed to a ‘contract divorce’ with the controversial Aussie, after whispers emerged that the recent free agent acquisition had quit the club.

Since being a highly-touted second pick of the 2011 WNBA Draft, Cambage has bounced around a number of clubs in a stop-start career.

Despite being drafted 11 years ago by the Tulsa Shock, Cambage has only played in only five WNBA seasons – though she has still managed to secure four All-Star jerseys. 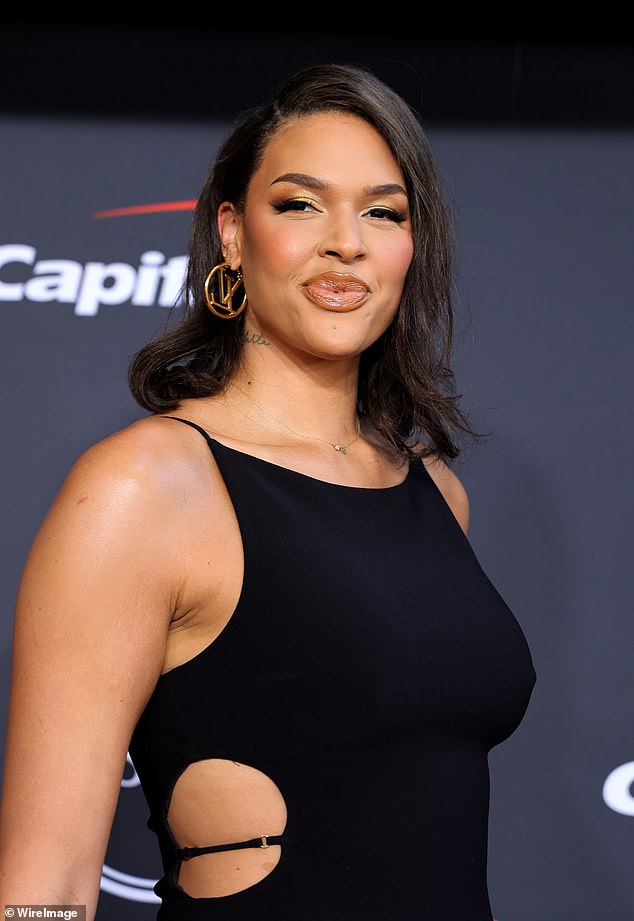 She sat out 2012 to prepare for the London Olympics with the Australian Opals and took a four-year hiatus from the league from 2014-2017 because she didn’t want to play in Tulsa, Oklahoma.

The franchise moved to Dallas in 2016, calling themselves the Wings, and Cambage returned in 2018.

She played one season for the Wings, where she proved almost unstoppable as the league’s leading scorer, before being traded to the Las Vegas Aces in 2019.

She also didn’t play during the 2020 bubble season, due to health concerns and pre-existing COVID-19 risk factors. 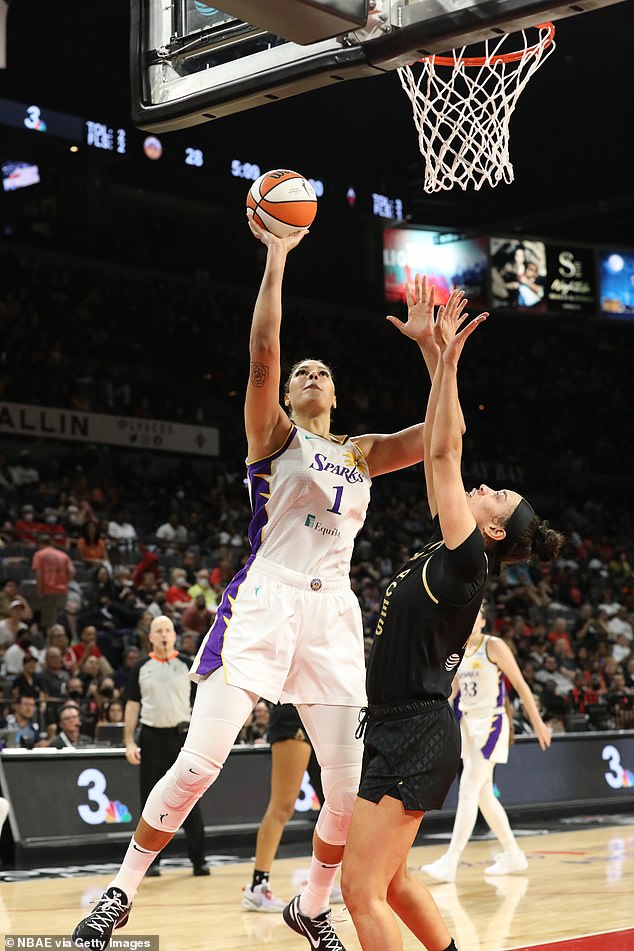 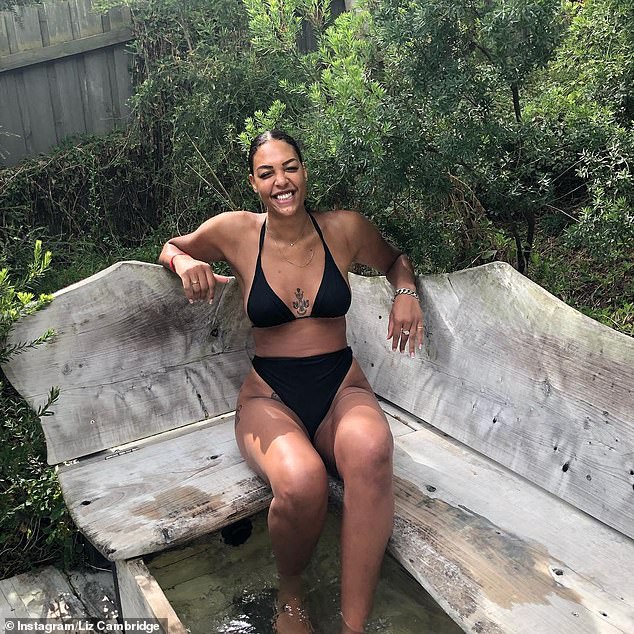 Cambage will no longer be playing for the Sparks, after it was announced the two had agreed to a ‘contract divorce’

Cambage joined the Sparks in the 2022 preseason, stating at time there was ‘nowhere else I wanted to be’.

Unfortunately for her though, this year has been her second-lowest scoring season of her WNBA career, but Sparks management were keen to make sure the exit was on somewhat good terms.

‘It is with support that we share Liz Cambage’s decision to terminate her contract with the organization,’ Sparks Managing Partner Eric Holoman said in a statement.

‘We want what’s best for Liz and have agreed to part ways amicably. The Sparks remain excited about our core group and are focused on our run towards a 2022 playoff berth.’