By Hope Sloop For Dailymail.Com

An inmate with the Los Angeles County Sheriff’s Department attempted to pull off a less-than-sophisticated escape on a Southern California freeway over the weekend.

Video of the incident shared Sunday by ABC 7 shows the moments the man attempts to climb out a cruiser window on the highway.

The unidentified inmate barely squeaks through the window before planting face-first in the middle of the highway.

A deputy in the passenger seat promptly hops out and grabs the handcuffed suspect before the man is able to run away.

The incident happened just before 5pm on December 30 on Interstate 5 in Newhall.

Officials told the local outlet the inmate was being transferred at the time.

The cruiser was located just near the Calgrove Boulevard off-ramp at the time of the incident.

Shocking video shows the inmate hanging out the side of the cruiser, attempting to wriggle his way out through a window.

Officials told ABC 7 the man had kicked out the window but still was wearing handcuffs during the escape attempt.

The man can be seen wearing all blue and narrowly avoiding a neck injury as he face plants onto the open roadway. 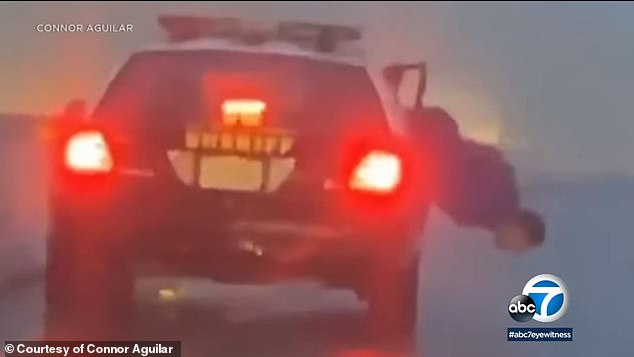 The unidentified prisoner had kicked out the window of the cruiser 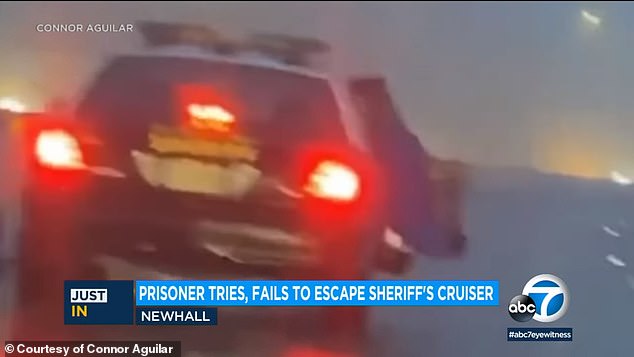 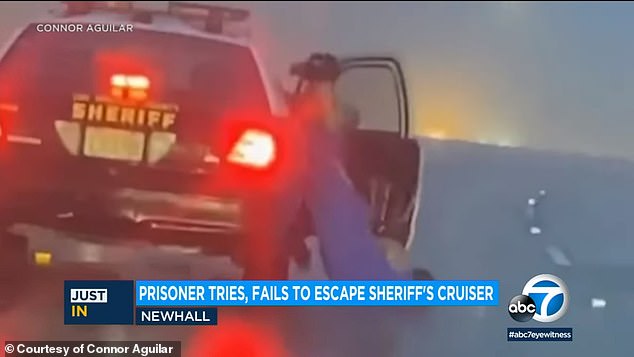 The prisoner face plants directly onto Interstate 5 in Newhall

Cars can be seen passing around the inmate as he attempts to evade the law enforcement official.

It appears the deputy used pepper spray to subdue the man as he lay on the road.

The situation was quickly resolved and the man was placed back into the vehicle.

No one was injured in this incident, according to ABC 7.

DailyMail.com reached out to officials with the Los Angeles County Sheriff’s Department for comment but had not received a response by the time of publication. 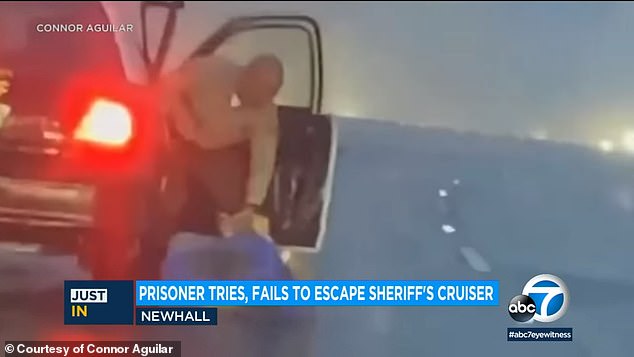 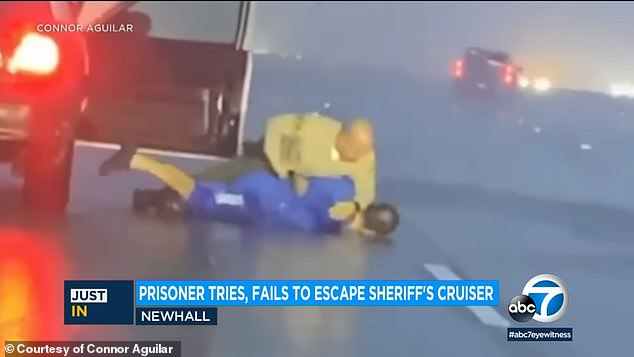 The deputy appears to deploy pepper spray to subdue the prisoner 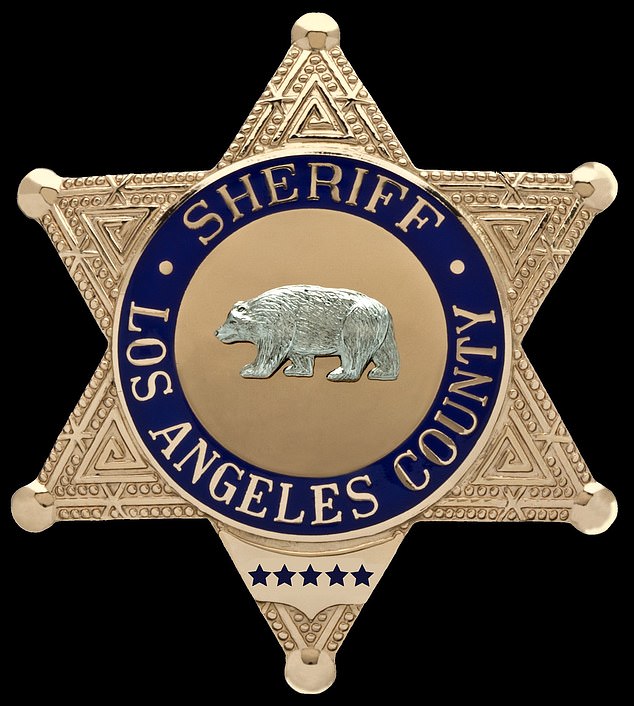 The video quickly gained the attention of clever commenters who pointed out the man’s lack of a long-term plan.

‘That would have been a good Darwin candidate,’ wrote one commenter on Facebook.

‘Let’s just say, he’s not the sharpest tool in the tool shed,’ wrote one person on Youtube.

‘Lol he wanted to be out for the last time in 2022,’ wrote another person.

‘Wow, what a self-scorpion! The way he eased right into it, all the way down into the full weighted face slide… just wow. This guy has certainly done this before! A higher leg overhang angle and it would have nearly been perfection. Nice try 8/10,’ said one cheeky YouTube viewer. 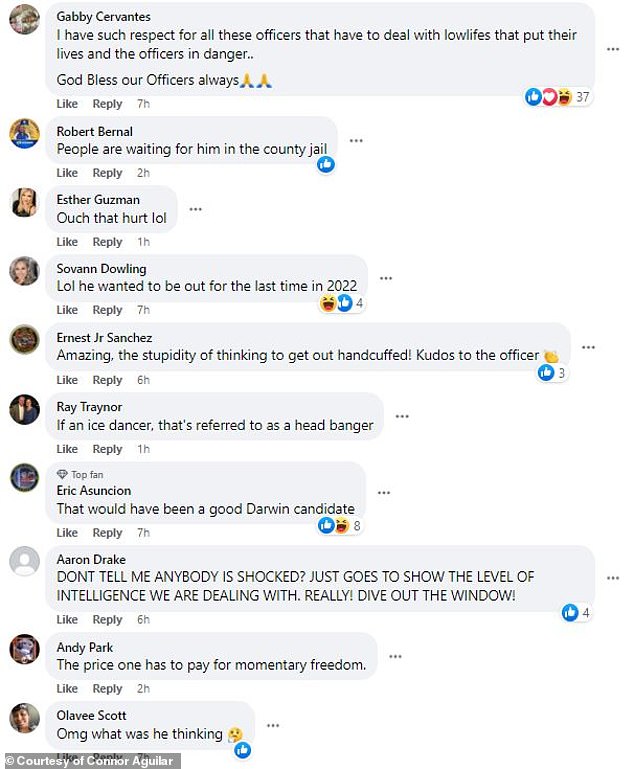