EXPRESS INFORMER > Travel > Video offers a peek inside United Airlines’ flight school in Arizona, from the dorms to the pool

It’s not quite worthy of a Tom Cruise movie, but fascinating nonetheless.

Cue Belinda Carlisle: Inside one of the dorm rooms at the flight school, which opened earlier this year

The sneak-peek video tour begins at the entrance of the 340,000-sq-ft (31,587-sq-m) facility, tunnelling through the administration lobby into the ‘technology equipped’ classrooms, where budding pilots learn their craft in an ‘intensive curriculum’.

Before taking us inside the aeroplane hangars, the video notes that the climate in Arizona offers ‘favourable weather for year-round flight training’.

The video begins at the entrance, tunnelling through the administration lobby into the ‘technology equipped’ classrooms (above) 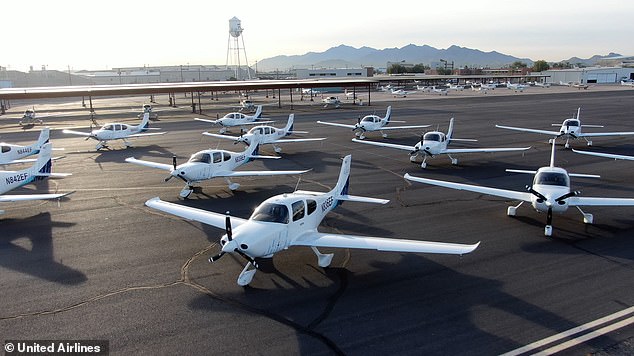 One of the aeroplane hangars. The video notes that the climate in Arizona offers ‘favorable weather for year-round flight training’

The student lounge is the next destination, with the video showing two trainee pilots playing snooker in one room, and two more relaxing on sofas in another.

Next, it heads inside a rather plain dorm room – which has a single bed and a shot of a desert landscape on the wall – in one of the school’s three dormitories.

Moving outdoors to the ‘recreation area’, aspiring pilots can be seen milling about one of the pools, while others play volleyball on the sandy court.

Other features at the school – which don’t appear in the video – include a cafeteria, tennis and basketball courts, and a fitness room.

United Aviate Academy, which currently has around 125 students, has received more than 12,000 applications since it announced the opening of the school in April 2021.

The training programme takes around a year, and after completion, students can go on to ‘build flight and leadership experience’ while ‘working at partner universities, professional flight training organizations and United Express carriers on their way to becoming United pilots’. 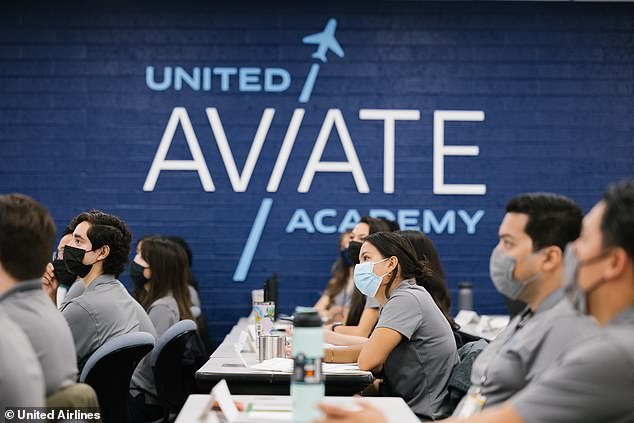 United Aviate Academy received more than 12,000 applications in the past year 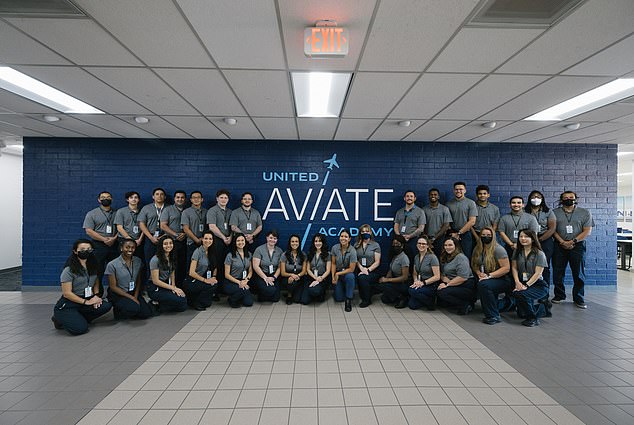 The training programme takes around a year. If students climb their way up the ladder in the airline, they can make serious money – captains of United’s Boeing 787s and 777s can earn more than £293,000 ($350,000) per year

Headquartered in Chicago, United is the second-biggest airline in America by fleet size, behind American Airlines, with 1,391 aircraft to its name at the end of last year.