Almost naked in Nevada! Victoria’s Secret model Kelly Gale wears a bra, G-string and stockings as she reveals one of her WILD Burning Man outfits

As a Victoria’s Secret supermodel Kelly Gale is used to living in lingerie.

And it seems that’s pretty much all she wore when she attended this year’s Burning Man.

The Swedish-Australian stunner revealed one of her wild outfits for the annual music and arts festival on Monday.

Almost naked in Nevada! Victoria’s Secret model Kelly Gale revealed one of her wild Burning Man outfits on Monday after attending the annual music and arts festival in the Nevada desert

The 27-year-old posed in the Nevada desert in a bra and G-string set, which she wore over a netted dress and paired with sheer stockings.

She posted a photo of the ensemble on her Instagram page and said the image was taken while she spent ‘a night cruising the playa’.

Kelly teamed the daring attire with a pair of combat boots and her long braided hair extensions to complete the futuristic look. 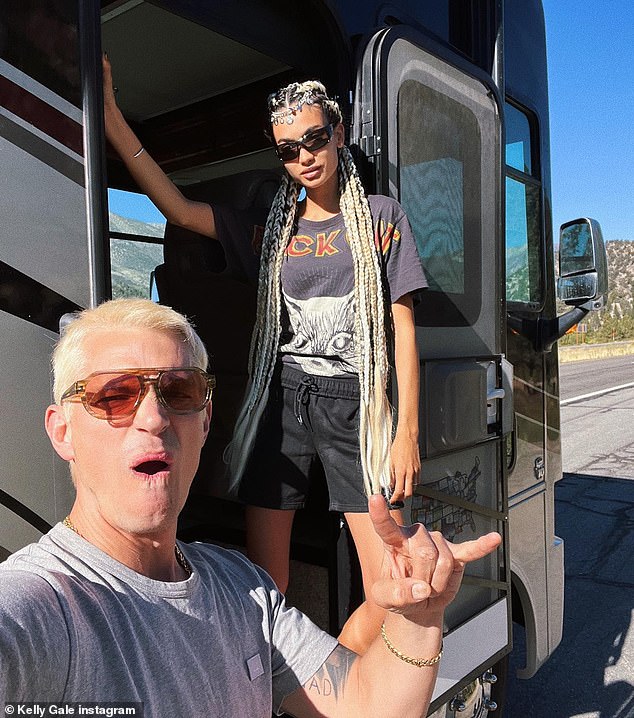 The model attended the event with her fiancé Joel Kinnaman. She posted photos of the couple’s ‘road trip’ to the Nevada desert before the week-long festival started

The model attended the event with her fiancé Joel Kinnaman.

She posted photos of the couple’s ‘road trip’ to the Nevada desert before the week-long festival started.

Kelly announced her engagement to Joel in January last year.

She shared a photo of the pair embracing on a clifftop in California, and flashed her stunning new sparkling engagement ring,

She captioned the picture: ‘Yours forever’.

The exotic beauty was glowing with happiness as she gave her soon-to-be husband a passionate smooch.

It appears that Joel spontaneously popped the question while on a hike as they were both wearing activewear. 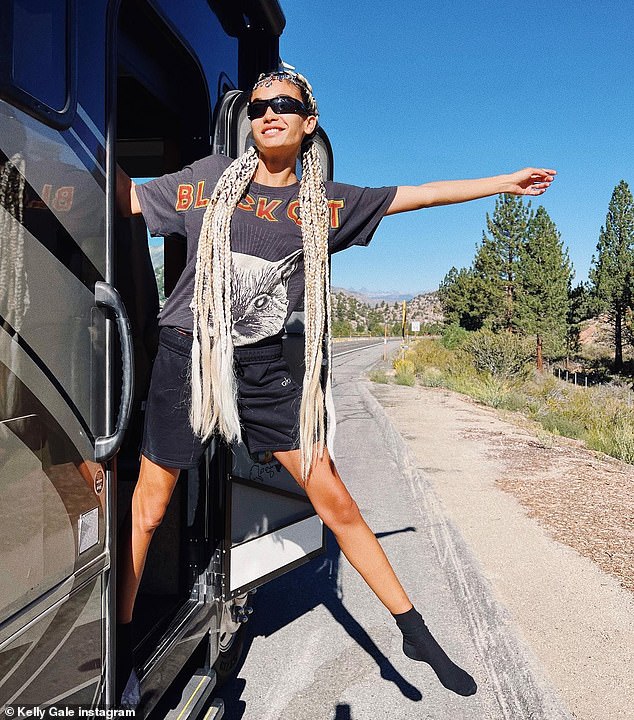 Kelly had long braided hair extensions for the event

Hiking holds a special significance for the couple.

When Kelly was quizzed about the couple’s life by fans on Instagram in December, she revealed the moment she knew Joel was ‘her guy’.

‘On our spontaneous trip to Bali together after only three dates, he got up at 1AM to go on a night/early hike with me,’ she said.

Kelly and Joel debuted their romance at Coachella music festival in April 2019.

In March 2020, they took their relationship to the next level by adopting an adorable puppy together to ‘add to their family’ in Los Angeles.

Joel previously split from his ex-wife, Cleo Wattenström, in late 2018 after two years of marriage.

Kelly has never been married before.