EXPRESS INFORMER > News & Politics > Victoria’s roadmap out of lockdown revealed: Dan Andrews to announce freedoms for those in Melbourne

Schools open, extended travel limits and the return of outdoor dining: Dan Andrews is set to reveal his roadmap out of lockdown – but many restrictions will last until 90% are fully vaccinated

Victorian Premier Daniel Andrews is set to unveil his roadmap out of lockdown, allowing outdoors dining and face-to-face learning from October.

The travel limit for Melbourne residents is expected to be extended to 25km, and the 9pm curfew scrapped once the state is 70% fully vaccinated.

While hospitality venues may finally be able to reopen, they will have strict density limits and may only allow for outdoor dining,

The changes will be officially announced by the Mr Andrews at midday on Sunday and the roadmap will also detail a second stage with changes to travel, sport and new rules for pubs and restaurants once Victoria hits 80 per cent.

But the premier is also poised to outline a new third stage, meaning many restrictions will stay in place until Christmas or New Year when 90 per cent have had both jabs. 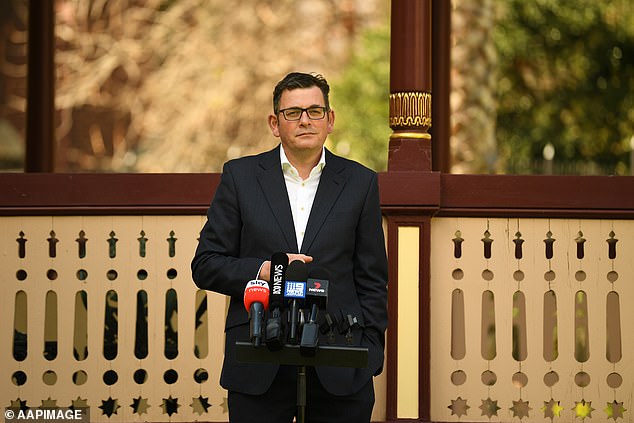 Year 12 students will head back to school during the first week in October in preparation for their final exams.

Kindergarten to Year 2 students will then follow with all remaining year groups to return after that.

Mr Andrews said the roadmap would outline how life will look for Victorians for the rest of the year.

‘It’ll be a meaningful document and it’ll give people a really clear sense of what we’re working towards.’

Once the 80 per cent target is reached, the state will open up even more with community sport, indoor dining and regional travel all on the cards. 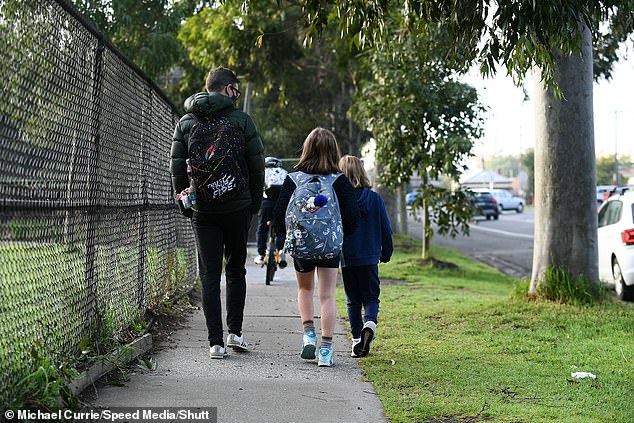 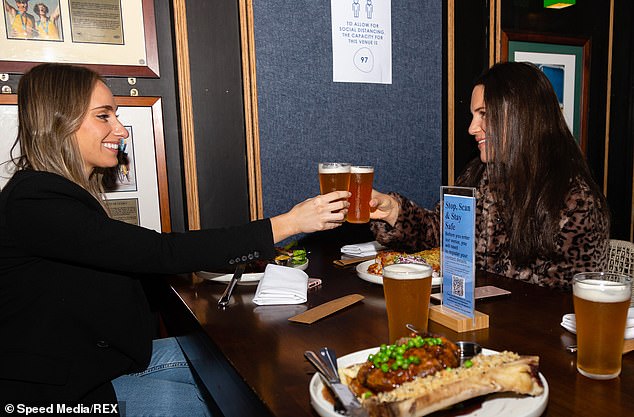 WHAT VICTORIA’S ROAD MAP IS SET TO LOOK LIKE:

Victorian Premier Daniel Andrews will unveil the road map out of lockdown on Sunday.

Restrictions expected to ease once 70 per cent of the population aged 16 and over are double vaccinated include the following:

These include allowing regional travel for Victorians

Community sport may also be allowed once this target is hit

Customers may also be able to dine indoors at hospitality venues

Mr Andrews is also expected to announce a third stage of eased restrictions once more than 80 per cent have received both vaccinations – which is on track for November.

Major events could also be open to the double jabbed only including the Boxing Day Test.

Melbourne has been battling its Delta outbreak since July, It was thrown back into lockdown on July 15.

Restrictions began to ease on July 27 but was thrown back into lockdown on August 5 as Covid cases began to climb.

Since then cases have continued to jump with the state recording another 535 new Covid-19 infections on Saturday – the highest number in the latest outbreak.

One person also died from the virus, authorities revealed.

Melbourne has spent 228 days in lockdown since since march 2020, and is set to notch up a grim world record for the most days spent under stay-at-home laws when it passes Buenos Aires on September 23.

Despite case numbers climbing, up to 1,000 protesters took to the streets of Melbourne demanding an end to lockdown.

The protests turned ugly with six police officers ending up in hospital and 235 people were arrested. 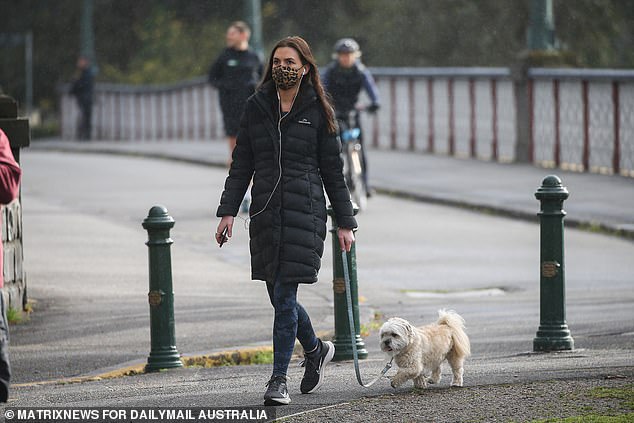 Melbourne has spent 228 days in lockdown since since march 2020, and is set to notch up a grim world record for the most days spent under stay-at-home laws when it passes Buenos Aires on September 23