Locked-down Melburnians could be freed in two weeks as experts predict the average number of daily cases will fall below five in the next two weeks.

Victoria recorded just 11 new infections on Monday and two deaths – the lowest number in three months – pushing Melbourne’s 14-day average down to 34.4, well below the state’s target of 50 which was the mark for restrictions to be lifted.

Under Daniel Andrews’ targets, restrictions will be eased in Melbourne on September 28 but the lockdown won’t be fully lifted until after October 26 with a 14-day average of five or less coronavirus cases.

Professor Baxter is hopeful this will see the state reopen ‘a couple of weeks early’.

Locked-down Melbourne residents could be freed by mid-October as experts predict cases will fall below five in the next two weeks. Pictured: Women walking through Footscray during protests on Sunday 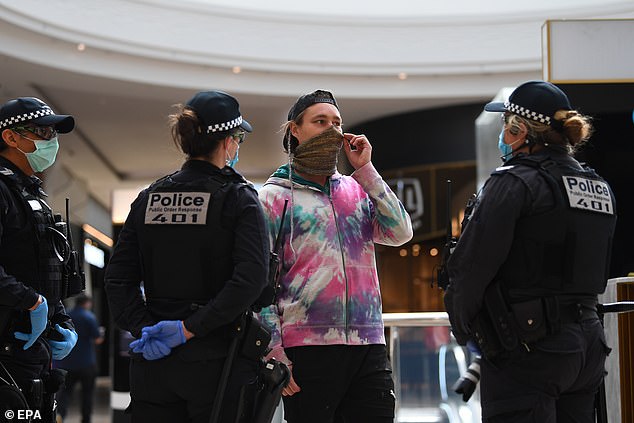 ‘It’s going to be at least a week and a bit from now, because even if we got down to almost zero, we have the tail, the numbers from the past 14 days, adding into our averages,’ she told the Herald Sun.

Deakin University head of epidemiology Catherine Bennett agreed with Professor Baxter and said it was due to the state’s testing and tracing improving during the second wave.

Ms Bennett also believes Victoria could fall below the magic number of five cases by the end of September and hopes it will give the government ‘confidence to reset some markers’.

Melbourne University Professor Tony Blakely is not as bullish about the fall as some of his counterparts, predicting daily cases will fall to ten by September 28.

‘We are on a good track if the recent past predicts the near future,’ Mr Blakely said.

‘If we are aiming for tight suppression, which I am led to believe we are, and it is consistent with opening up borders and a hot spot strategy, then there is a case for considering opening up to step three earlier than October 26.’ 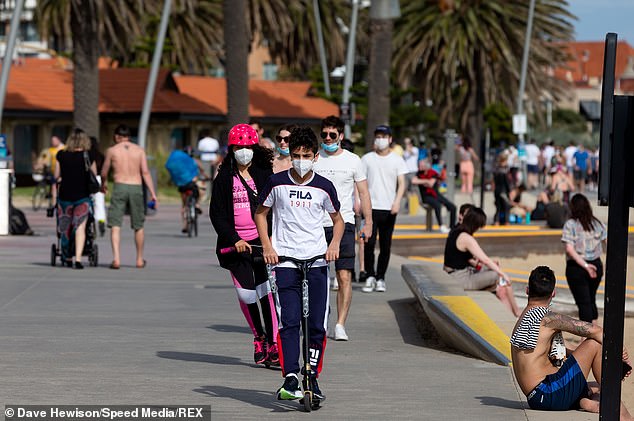 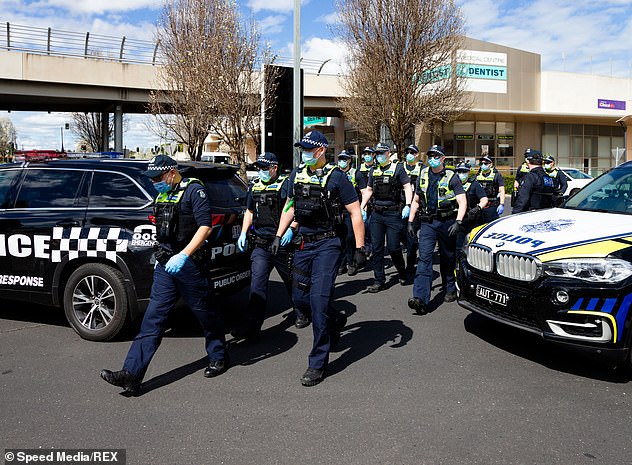 Premier Daniel Andrews declared Sunday’s low cases was a ’cause for great optimism and positivity right across metropolitan Melbourne’.

Mr Andrews said the path towards easing rules would be constantly reviewed, but he is standing firm by his ‘safe and steady’ approach.

‘That is proof positive beyond any question that this strategy is working,’ he said at Sunday’s press conference.

‘All that will mean is that everything metropolitan Melbourne has given, everything that everyone has done to produce these low, but still not low enough, numbers will count for nothing.’

Optimism has risen among Melbourne small businesses, with a survey showing 35 per cent now believe the Victorian economy will be better in one year’s time.

That compares with just 17 per cent in August believing the state’s economy will improve by then, the Sensis Business Index shows.

More also think the national economy will mend, with 26 per cent saying it will be better in a year compared with 14 per cent last month. 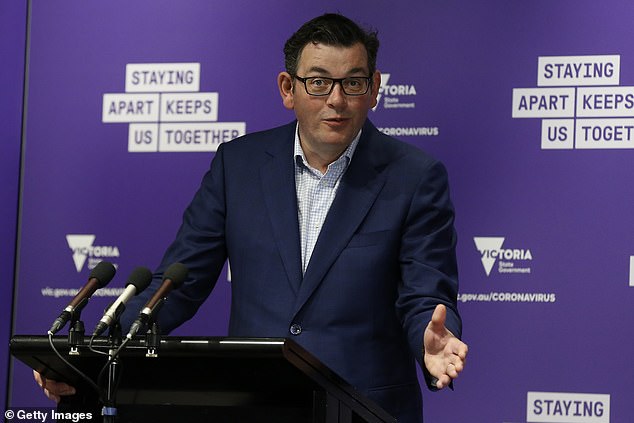 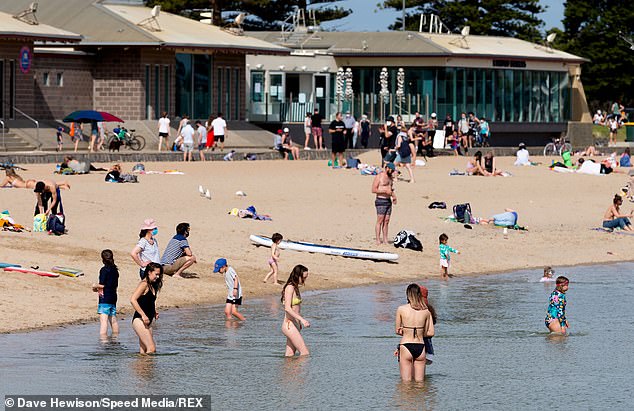 Despite the premier’s upbeat tone, frustrations were evident on Sunday as anti-lockdown protests continued in Melbourne.

More than a dozen protesters illegally gathered at Chadstone Shopping Centre and belted out a rendition of John Farnham’s You’re The Voice before police intervened.

Two people were arrested and six were issued fines, adding to Saturday’s 16 arrests and 21 fines after up to 100 people rallied in Melbourne’s inner beachside suburb of Elwood.