A man dressed in a bright red Skittles tracksuit is being hunted by police after he was caught on CCTV kicking a window in a launderette before walking out.

The apparent skittles fan allegedly walked into the shop earlier this month, sat down on a couch for a couple of minutes, then proceeded to kick and break the front window.

He then left the south Melbourne premises, with Victoria Police issuing a humorous statement about the man’s odd choice of clothes and behaviour.

‘Unfortunately the crimes against fashion weren’t the end of it. On 19 May at 5:15pm a man wearing a very distinctive get up entered a premises on Edward Street in Somerville where he took a quick break – he didn’t have a KitKat – on a couch before kicking and breaking the front window.’

Launderette manager Richard Gao told Daily Mail Australia the damage done to the store made him feel unsafe and ‘frustrated’.

Puzzled social media users called for the fashion police to get on to the case, and that the man seen in the footage should get some jail time just for the outfit alone.

‘The get up alone is 10yrs inside,’ one mused, while another hoped, ‘he’s getting payed for wearing the skittles outfit’.

‘Unfortunately the crimes against fashion weren’t the end of the incident’, police said. 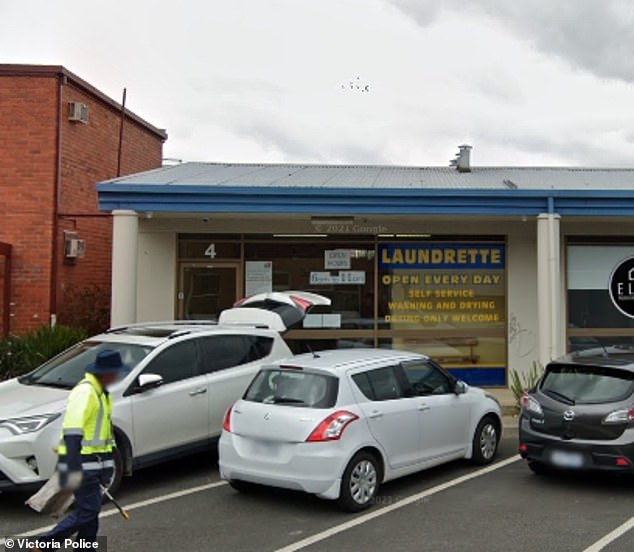