A National Party candidate due in court over rape charges has died five days out from the state election.

Shaun David Gilchrist, 47 and the candidate for Narracan, died unexpectedly at Rawson on Sunday.

Police were called to bushland about 4.15pm and will prepare a report for the coroner, but the death is not being treated as suspicious.

He was due in the County Court in November for sexual offences, AAP has confirmed.

The party’s state director on Monday confirmed that Mr Gilchrist, the candidate for Narracan in the state’s east, had died unexpectedly.

Mr Gilchrist, who lived in Warragul but worked overseas representing government and business, leaves behind his partner and children.

In a statement, the coalition offered its deepest sympathies to Mr Gilchrist’s family and friends.

The Victorian Electoral Commission has been notified.

According to the commission’s candidate handbook, an election will be considered ‘failed’ if a candidate dies after nominations close but before 6pm on election day.

A new writ will instead be issued for a supplementary election in the district. 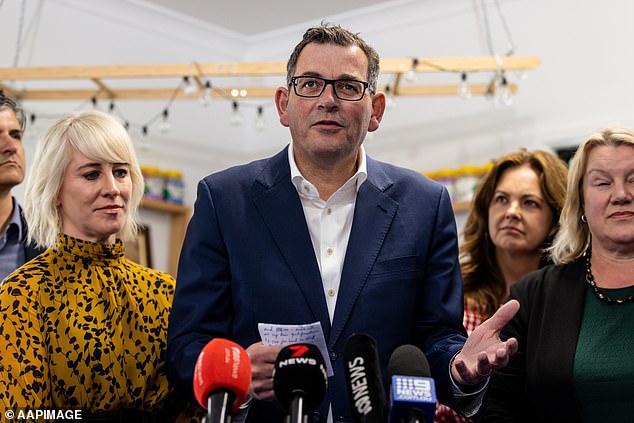 Daniel Andrews’ (pictured on Sunday with his wife, Cath, on left) Labor government is running for re-election at Saturday’s poll

Posting photos to social media, Mr Albanese thanked volunteers at a Caulfield polling booth and said the premier was building a better future for all Victorians.

But Deputy Liberal Leader David Southwick has slammed Mr Andrews and Labor for their use of the term Nazi to describe some candidates running for parliament.

Both the Premier and Deputy Premier Jacinta Allan accused the coalition of preferencing Nazis and extremists on their group party ticket.

Mr Southwick said it was ‘completely inappropriate and desperate’ of the government to use the term Nazi and if there were candidates running with those views, then they should be named.

Anti Defamation Commission chair Dvir Abramovich agreed, saying the word should only be used when discussing the Holocaust.

‘If there are Neo-Nazis running for this election, I want to know who they are,’ Dr Abramovich told reporters on Monday.

‘The public needs to know who they are. They are a threat to our way of life.’

Mr Southwick said the coalition did not want to see people with extremist views in parliament but the party had to preference Labor last in order to increase its chances of winning government.

He also denied knowing upper house candidate Renee Heath had links to the controversial City Builders Church when she was pre-selected to the Liberal Party.

Liberal Leader Matthew Guy said Ms Heath would not sit in his party room if elected but it was too late to disendorse her. 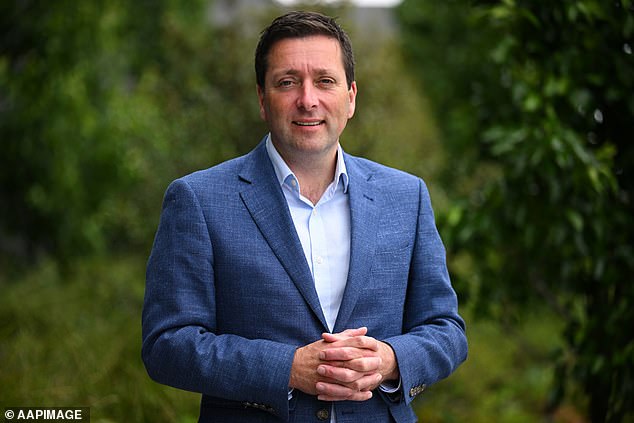 A series of Opposition candidates came under attack on the weekend – one for her ties to a controversial church and another over comments about Indigenous Australians and abortion. Above is Opposition Leader Matthew Guy

Ms Heath has told Nine she’s engaged lawyers to assess whether she has grounds to make a complaint to the Australian Human Rights Commission.

Mr Guy backed Liberal candidate Timothy Dragan at the weekend after recordings of his comments regarding Indigenous Australians, abortion and climate change were leaked.

The Liberal Leader said he accepted Mr Dragan’s apology and there would be no further action taken.

Labor’s candidate for Richmond has also been embroiled in controversy with her family claiming she is not Aboriginal.

Lauren O’Dwyer has described herself as a proud Yorta Yorta woman throughout her election campaign, but a member of her family has told the ABC she holds no such ties.