More Covid-19 restrictions have come into force in Victoria as cases continue to skyrocket in the state.

Density limits of one person per 2sqm will be brought back for indoor areas at hospitality venues like pubs, nightclubs and restaurants as of 11.59pm on Thursday.

These rules will not apply to indoor cinemas and theatres as people are seated and are wearing masks.

Victorians have also been strongly advised to work and study from home until Australia Day.

Health Minister Martin Foley confirmed the changes on Thursday after declaring the state was in a ‘new phase’ of the pandemic.

Changes around hospitality venues were made due to large numbers of young people testing positive from going out to bars and pubs.

About one in 20 people aged in their 20s have the virus, Mr Foley said.

‘These relatively mild restrictions are about making sure that that activity can continue but it can continue in a less congregated and less active space,’ he added.

Patrons have also been told to avoid dancefloors.

Mr Foley also said on Thursday that residents who test positive to Covid on rapid antigen tests will be required to report their positive status to the Department of Health either through an online form or over the phone.

They will be listed as ‘probable cases’ and will be given the same directions as those who test positive on PCR tests.

They will need to isolate for seven days and inform all close contacts.

Probable cases will be reported alongside confirmed cases in Victoria’s daily numbers.

It comes after Scott Morrison announced on Wednesday that those who test positive on RATs do not need to confirm their results on a PCR test. 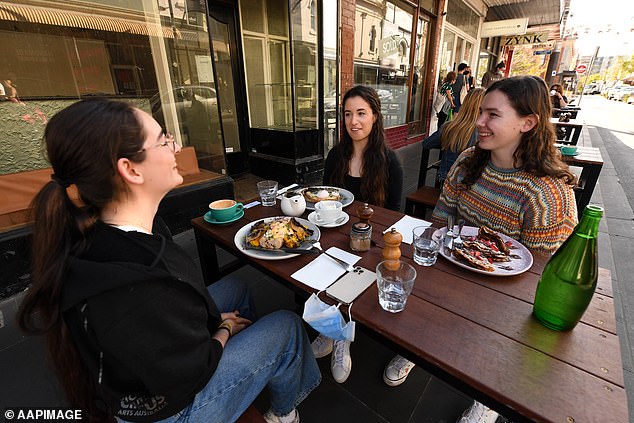 ‘Staying open and staying as safe as we possibly can is the key here and we’ll continue to monitor these measures as we deal with this very serious increase in the Omicron variant.’

Daniel Andrews’ government had already declared that as of Thursday, category two and three elective surgery would be paused.

Emergency surgery will still be allowed.

Victoria saw a record 21,997 new infections and six deaths on Thursday but ICU rates dropped by two from the previous day.

There are 631 residents in hospital, a jump from 591 on Wednesday, while 51 patients are in intensive care. 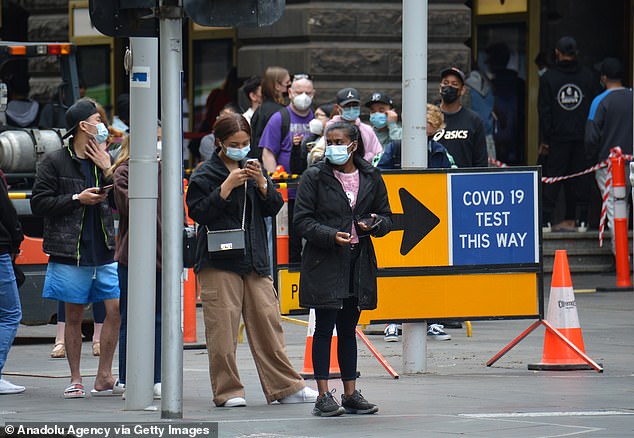 Victoria saw a record 21,997 new infections and six deaths on Thursday but ICU rates dropped by two from the previous day