Will potions rescue Posh’s empire… and David’s hair? Victoria Beckham launches skincare range including £180 face serum while her husband is said to be treating his locks with a hair thickener (at £14.95 a can)

One is aimed at saving Victoria Beckham’s fashion empire, the other might possibly be rescuing her husband’s crowning glory.

For the multi-millionaire couple appear to be putting their faith in two potions – and may well be hoping they have magical properties.

Former Spice Girl Victoria is launching a new skincare range that includes a face serum costing £180 for a 30ml bottle. 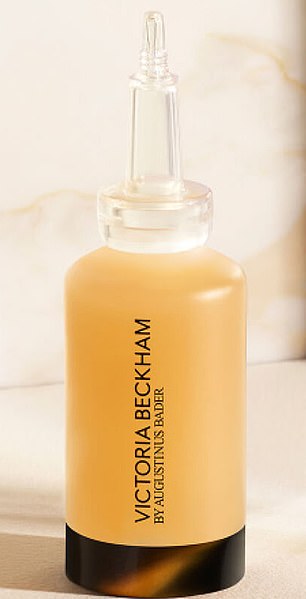 Victoria Beckham (left) is launching a new skincare range in order to fight against financial difficulties in her fashion empire. The range includes a face serum which is valued at £180 for a 30ml bottle

Sources say the 46-year-old hopes it will help make up for financial difficulties in her clothing business, which recorded losses of £12.3 million for 2018.

Meanwhile, speculation has been mounting that former England captain David has been treating his locks with Mane Hair Thickening Spray and Root Concealer, which costs £14.95 a can.

Rumours that Beckham, 45, might have started to use the product, which promises to ‘provide instantly thicker, natural-looking hair’, came after he was spotted with a thinning thatch – and then appeared days later with apparently more luxuriant locks.

The product, which is available in 12 shades, is said to use so-called micro mineral particles to bond to remaining hair. 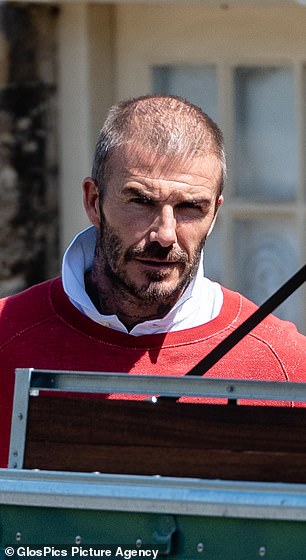 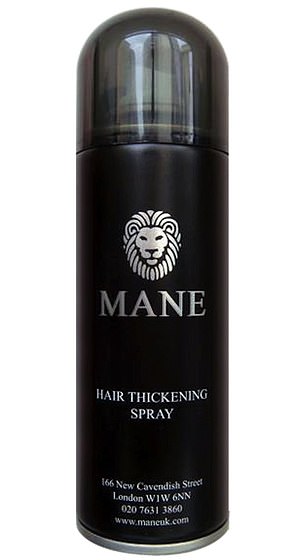 One associate of the ex-footballer said: ‘He’s usually a lot more careful – he wears a hat at least. But this time we saw the truth.’

Mrs Beckham has been showing off her Cell Rejuvenating Power Serum on Instagram during lockdown and promised followers who used it a ‘healthy natural glow’.

However, it is more than five times the price of similar products sold by well-established beauty brands including Clinique, Clarins and Estee Lauder.

The launch of the serum comes just a month after it emerged she was to furlough 30 staff amid the Covid-19 pandemic. She later made an embarrassing U-turn.

One beauty industry insider told The Mail on Sunday: ‘It is inconceivable to think that someone would spend that kind of money on a serum by someone who has no history in beauty products.’