By Brett Lackey and Tita Smith For Daily Mail Australia

Confronting footage has been released of the vicious brawl in which a young father was allegedly coward punched leaving him in a coma.

‘Hard-working’ father-of-two Kairan Mahia, 29, was allegedly hit from behind when several fights broke out between a large crowd at Sorrento Quay, at Hillary’s Boat Harbour, in Perth, about 4.30am on Sunday.

Footage shows the wild scenes as punches fly between several men in a public car park.

Mr Mahia’s wife Lisa is ‘in shock’ and has not left her husband’s side since receiving a shock call that he was rushed to hospital (pictured, the couple with their children)

The clip shows a man in a white shirt, understood to be Mr Mahia, being repeatedly punched and kicked before falling to the ground.

The personal trainer’s wife Lisa is ‘in shock’ and has not left his side at the Royal Perth Hospital as his family pray for his recovery.

Friend and colleague James Clarke said Mr Mahia, who has two daughters aged five and ten, was on a rare night out to catch up with his brother when the tragedy unfolded.

‘He is a very quiet, softly spoken man. He is a family man through and through and everything he does is for his kid and wife,’ Mr Clarke told Daily Mail Australia. 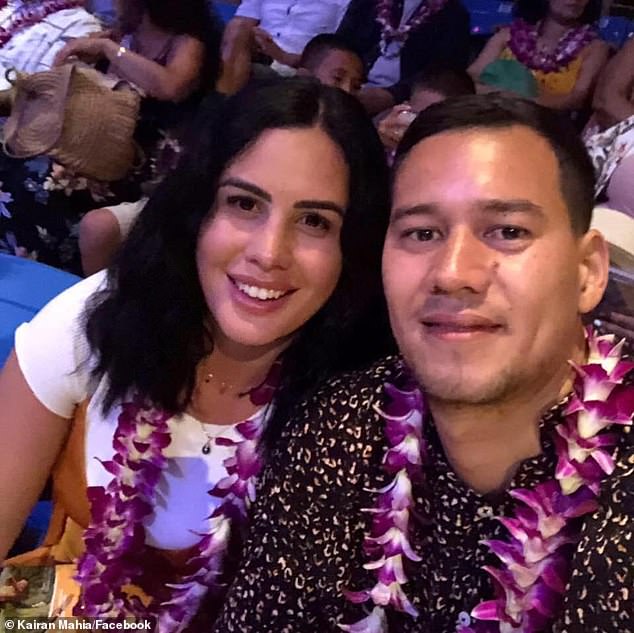 ‘Hard-working’ father-of-two Kairan Mahia, 29, is fighting for life after being allegedly coward-punched while trying to help a woman who was being assaulted. He is pictured above with his wife Lisa 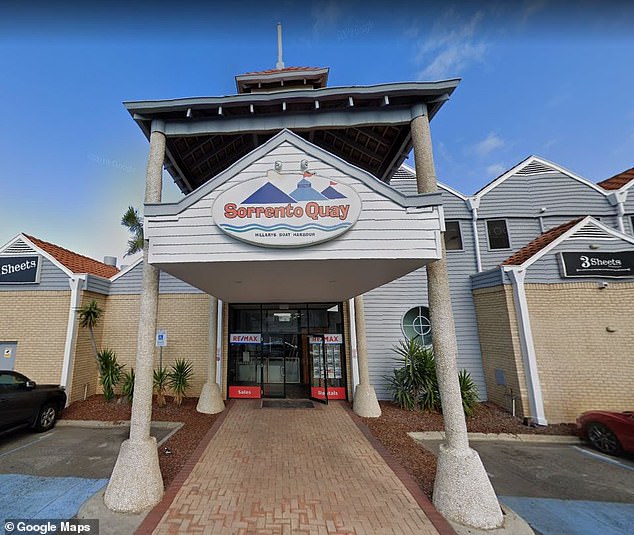 Police were called to a disturbance at Sorrento Quay in Perth at 4.30am and are appealing for witnesses and video evidence to be uploaded to a WA police website

Mr Clarke received a phone call saying Mr Mahia ‘is in ICU in Royal Perth and that he had bleeding on the brain and would be getting monitored.’

‘I am devastated for him, his wife and kids. I am still in disbelief that it has happened.’

Mr Clarke has launched a GoFundMe page to help the family financially as they brace for Mr Mahia’s long road to recovery ahead. 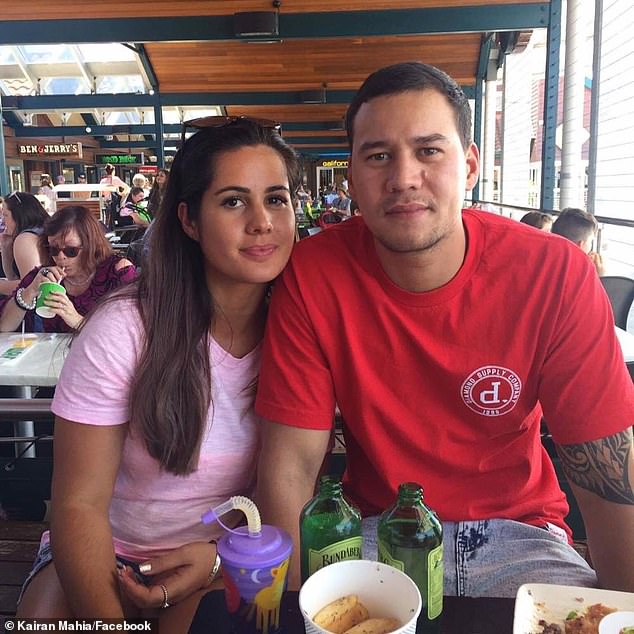 Mr Mahia was placed in an induced coma and has bleeding on his brain. His condition is being constantly monitored (pictured with his wife)