The vice-chancellor of Cambridge has admitted that publishing a list of ‘micro-aggressions’ was a mistake.

Leading academics at the prestigious university had slammed a website set up to report professors’ supposed wrongdoings, which could have included raising an eyebrow or turning their back on students.

The Report and Support site could be used by those studying there to report ‘inappropriate behaviour’ from both students and staff.

It would have allowed anonymous reports to be filed on ‘micro-aggressions’ – including apparent offences such as raising an eyebrow, turning your back, giving backhanded compliments or referring to a woman as a girl.

Critics had described the measure as a ‘threat to traditions of free speech’.

Report and Support was set live by the University of Cambridge last week but was taken down on Monday, May 24 after some ‘material was included in error’.

Now the institution’s vice-chancellor, Prof Stephen Toope, has written to staff explaining that aspects of the reporting site were included ‘in error’, The Telegraph reports.

Prof Toope explained that ‘some of those definitions and examples went beyond the policies discussed and agreed by colleagues’ before the site’s launch. 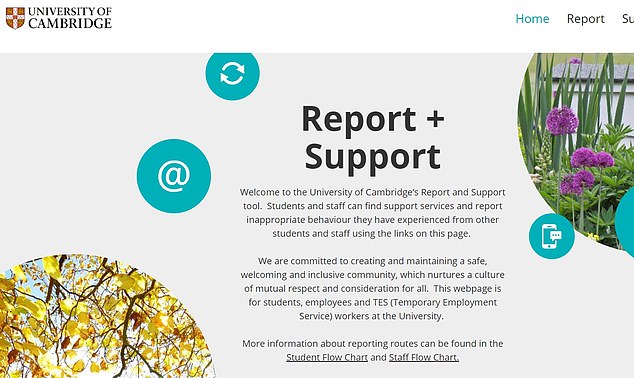 The anonymous reporting tool (pictured) would have allowed reports to be filed on ‘micro-aggressions’ that could include raising an eyebrow, or referring to a woman as a girl 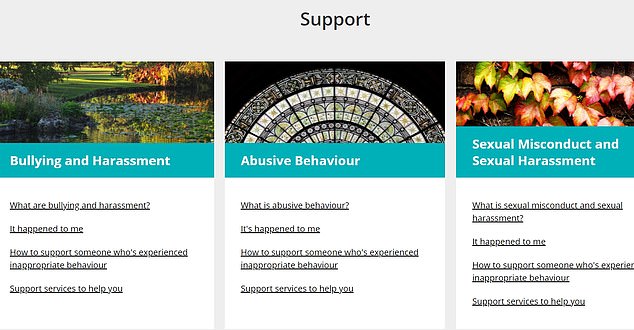 The now-deleted page was set-up by the 800-year-old academic institution to create and maintain a ‘safe, welcoming and inclusive community, which nurtures a culture of mutual respect and consideration for all’ 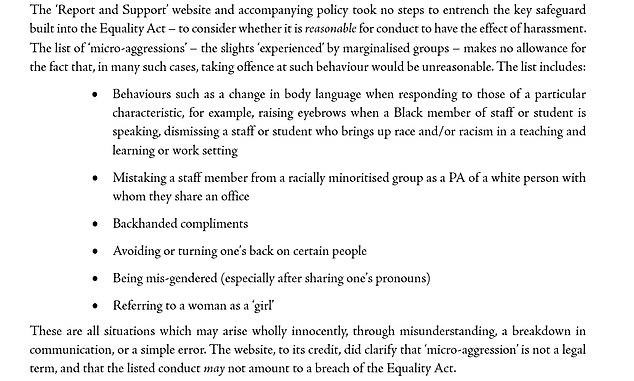 In a letter addressed to Cambridge chiefs (pictured), Toby Young of Free Speech Union slammed the list of perceived ‘micro-aggressions’ 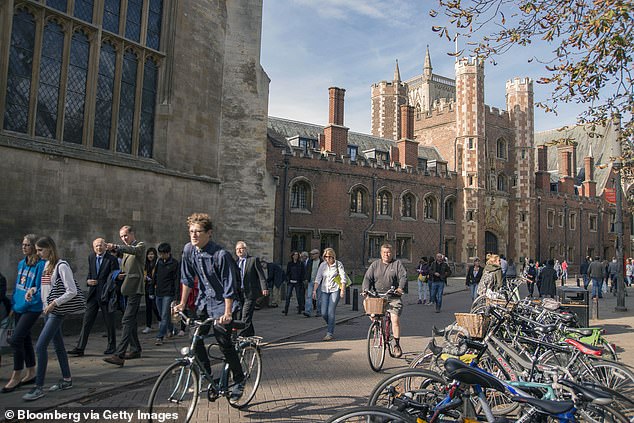 He added: ‘That material should not have been there, and its publication was a mistake.’

Prof Toope said that the university is ‘rightly known’ for offering a space to ‘challenge conventions’, and he ‘unambiguously’ wanted to bolster Cambridge’s ‘reputation for enquiry and vigorous debate’.

The University of Cambridge has faced criticism over its controversial new anonymous reporting tool.

Their Report and Support website stated: ‘We are committed to creating and maintaining a safe, welcoming and inclusive community, which nurtures a culture of mutual respect and consideration for all.’

According to the now-deleted web page, ‘micro-aggressions’ include ‘slights, indignities, put-downs and insults’ that target minority groups.

One academic at the university said it was ‘unusual’ to have such a long email that ‘concedes the c***-up’.

Another said the incident raises questions of how ‘anything like this’ could have ‘come within a mile of being approved’, adding that it was ‘hard to believe’ it was published in error, seeing how there was so much work put into it.

The now-deleted page had been set-up by the 800-year-old academic institution to ostensibly create and maintain a ‘safe, welcoming and inclusive community, which nurtures a culture of mutual respect and consideration for all’, according to archived screenshots.

Top professors had revolted against the implementation of the website, saying they feared for the future of ‘free and fearless discussion of ideas’ at the world-leading university.

The link to the University’s Report and Support website is ‘temporarily unavailable’. It is not clear when or if it will return, and students and staff have been directed to other online resources in the meantime.

A list published on the Report and Support website defined ‘micro-aggressions’ as ‘slights, indignities, put-downs and insults’ against minority groups.

These would have included offences such as raising an eyebrow when black students or staff spoke, giving out backhanded compliments, mis-gendering individuals or referring to a woman as a girl.

Slamming the list of ‘micro-aggressions’, Mr Young of FSU said the slights make no ‘allowance for the fact that, in many cases, taking offence as such behaviour would be unreasonable’.

He continued: ‘These are all situations which may arise wholly innocently, through misunderstanding, a breakdown in communication, or a simple error.’