EXPRESS INFORMER > News & Politics > Very superstitious? Playing some Stevie Wonder on a first date could be the key to a second

Very superstitious? Playing some Stevie Wonder on a first date could be the key to winning a second, say researchers

By Pat Hagan for the Daily Mail

Playing the Stevie Wonder hit Superstition in the background during a first date could be the key to winning a second, according to researchers.

They found speed daters were much more likely to want to meet again if ‘groovy’ sounds that made them move their bodies were playing during the first encounter.

Other soulful dance tracks that had the same effect include Beyonce’s 2004 top ten hit Naughty Girl, and the 1970s disco favourite Lady Marmalade by the all-girl band Labelle.

Stevie Wonder (pictured) performs at ‘A Decade of Difference: A Concert Celebrating 10 Years of the William J. Clinton Foundation.’ His hit Superstitious was positively correlated with the likelihood of scoring a second date in research conducted by McMaster University in Ontario, Canada. Even playing the music very softly can make a difference

But downbeat numbers such as David Bowie’s classic Space Oddity, Comfortably Numb by Pink Floyd and Simon and Garfunkel’s America had the opposite effect, slashing the likelihood of a second date.

Psychologists who carried out the study at McMaster University in Ontario, Canada, say the type of music – even if it is playing quietly in the background – can heavily influence romantic attraction.

Funky soul tunes are much more likely to trigger something called body sway than slower songs.

Body sway – gentle movements in the torso, head and shoulders – is an important non-verbal form of communication between potential partners.

Psychologists think when two strangers on a date both make such movements, even when they are sitting down chatting, it forms a hidden bond that gives rise to romantic attraction. 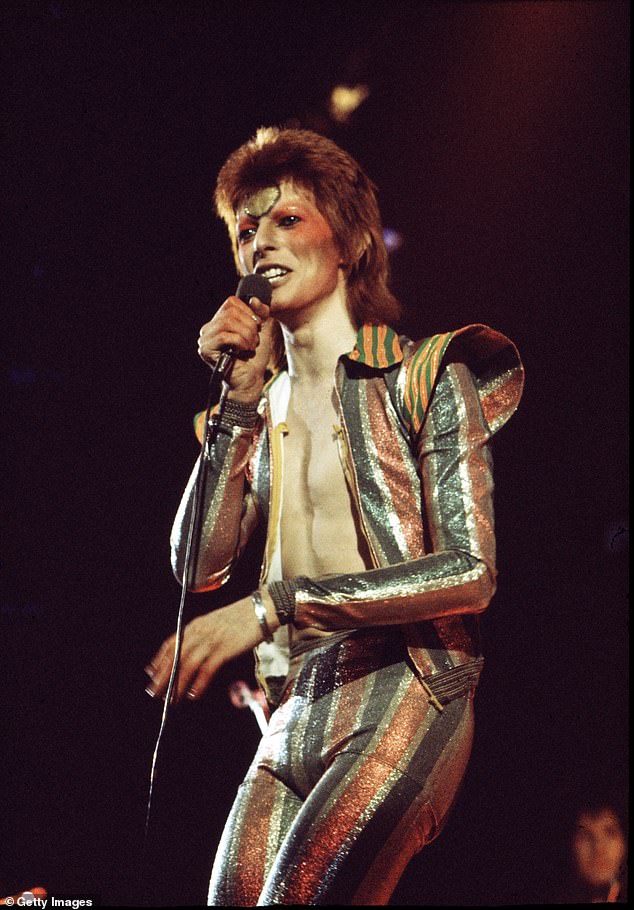 Slower songs like Space Oddity by David Bowie (pictured) seem to discourage people of both sexes from seeking a second date. The 100 study participants were more interested in meeting up again if the music playing in the background was ‘high groove’ rather than ‘low groove’. ‘Our findings show groovy music promotes romantic interest,’ the researchers say

The research team tested their theory by recruiting 50 men and women to several speed dating events. Each date was limited to four minutes.

While the couples talked, the music in the background changed frequently. At the end of the night, volunteers were asked to nominate those people they would like to see again.

The results, in the journal Social Cognitive and Affective Neuroscience, revealed both sexes were much more likely to request second dates with those they met when tunes such as Superstition were being played.

In a report on their findings, psychologists said: ‘Participants were more interested in meeting their dating partners again when the background music was high-groove, than when it was low-groove. Our findings show groovy music promotes romantic interest.’