‘Animals don’t have a choice, but you do. Go vegan!’ one of their signs read.

‘Breaking news! Meat is not oxygen, you can live without!’ another read.

However, Ms Peterson said she was shocked that several comments on her posts focused on criticising her body rather than veganism.

‘The amount of disgusting messages and comments I have received about these images is insane,’ she told her almost 20,000 fans from an Instagram story.

‘Wish I could share, but it just gets taken down.’ 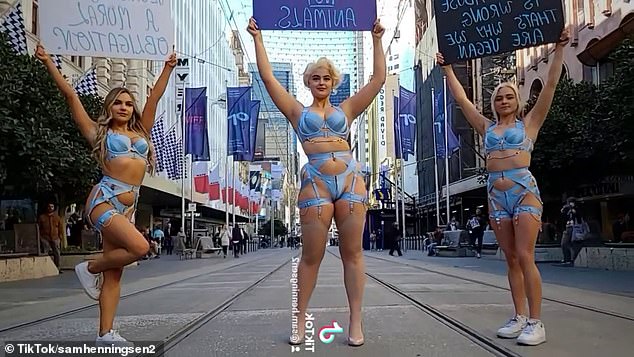 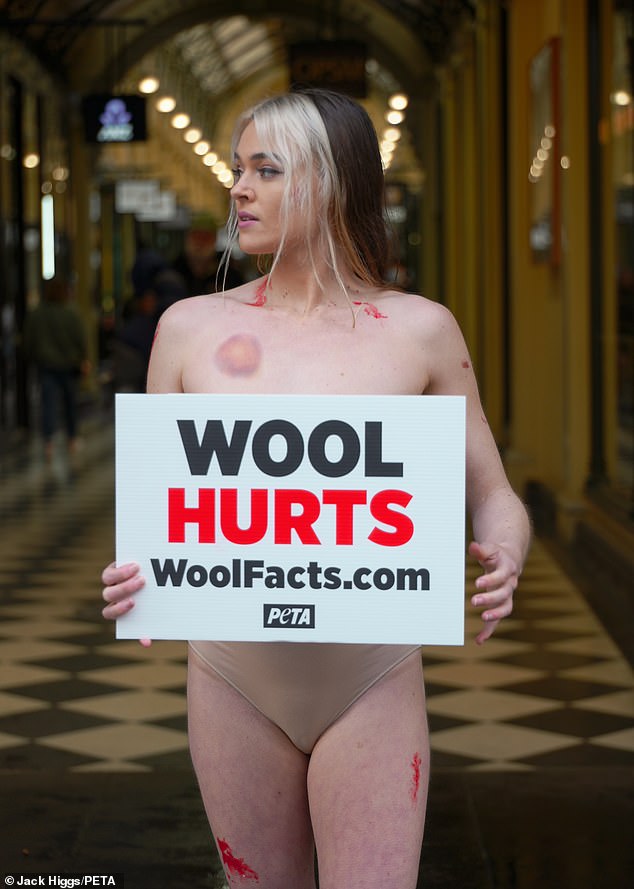 After a protest in July (above) that saw Ms Peterson strip down to protest the use of wool, she said haters are her way of knowing she is reaching the right people

She said the comments were extremely derogatory but she was glad her protests were drawing attention.

‘I received comments saying I had a penis, looked like a drag, ugly, no shape, a whore etc.,’ she said.

‘To that I say thank you, keep being obsessed! These words aren’t even insults to me but can be hurtful to other people.’

Following another topless protest in July which saw her and two other advocates strip down to nude underwear, Ms Peterson said Melburnians were ‘more responsive’ to her vegan activism than West Australians, where she often faced intense hostility. 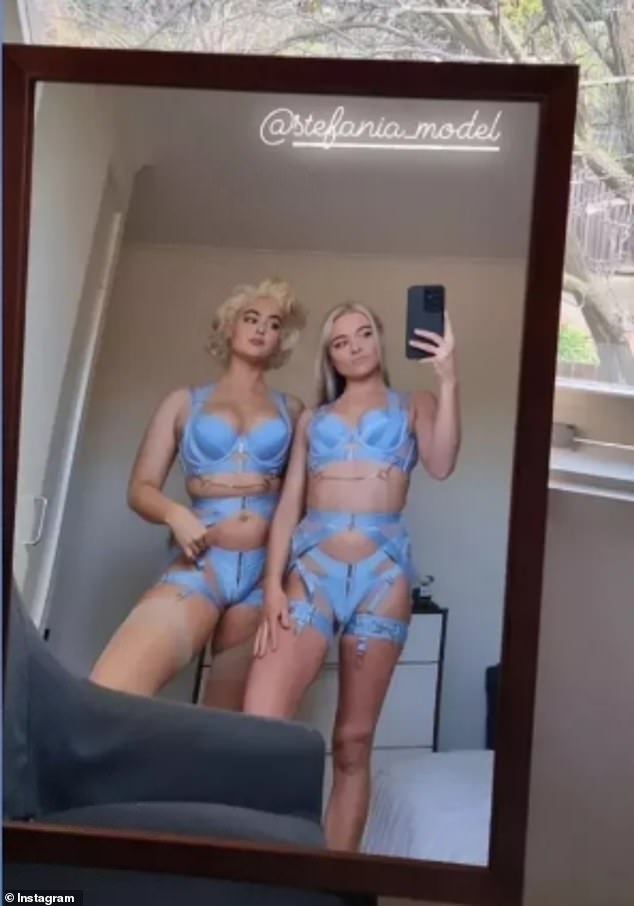 Ms Peterson (pictured with Ms Ferrario) recently said ‘I measure my own success by the amount of haters that I have, because it just shows I’m reaching the right audience’ while discussing responses to her racy protests

‘I measure my own success by the amount of haters that I have, because it just shows I’m reaching the right audience. People aren’t going to change immediately,’ she said.

The protest was Ms Peterson’s latest in a series of disruptive demonstrations in Melbourne since she moved from Perth in July.

She and her partner, Jack Higgs, moved to Melbourne after being banned from all licensed venues in Western Australia for her controversial stunts that included stripping off in supermarkets, fast food outlets, football matches, high-end fashion chains.

Prior to that she faced several fines and was called ‘Australia’s biggest pest’ by police and politicians.