A White Island survivor has slammed sick vandals who damaged multiple gravestones at a Melbourne cemetery, including one belonging to her family.

Stephanie Browitt, 25, was exploring the island in December 2019 with sister Krystal, 21, and their father Paul when a volcano erupted off the coast of Whakatane in New Zealand.

She suffered third-degree burns to 70 per cent of her body and was in a coma for three weeks, but her father and sister were among the 22 killed. 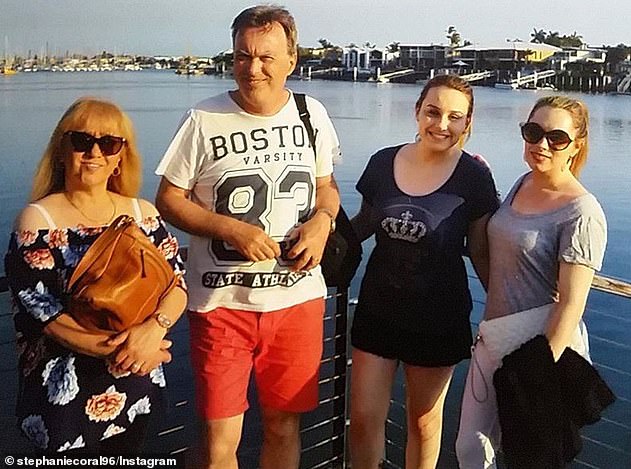 White Island Survivor Stephanie Browitt (right) with her sister Krystal and father Paul (centre) who died in natural disaster. Her mother Marie Browitt (left) was the only member of the family to stay on the Ovation of the Seas cruise ship when the volcano erupted

Ms Browitt shared pictures to her Instagram of the attack which is understood to have taken place on Saturday at Fawkner Cemetary.

‘Absolutely disgusting. Our monument has been up for a week and it’s already vandalised,’ Ms Browitt wrote.

She also questioned why there was no CCTV at Fawkner Cemetery.

Victoria Police are aware of the incident and said they were investigating reports of damage to tombstones at the cemetery.

Anyone who might have information on the act of vandalism is asked to contact Crime Stoppers on 1800 333 000. 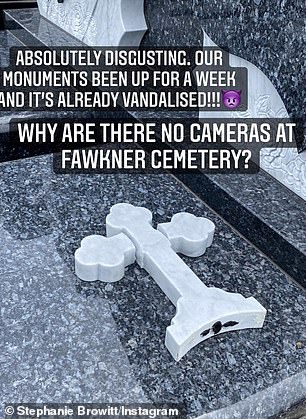 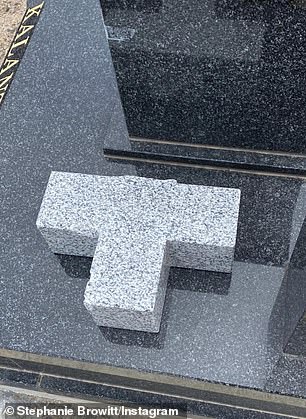 In July this year, Ms Browitt opened up about about losing her father and sister in the natural disaster ‘leaving just me, my mum and our gorgeous dog Arlo’.

Her mother Marie was the only member of the family to stay on the Ovation of the Seas cruise ship when the eruption occurred.

She said Arlo had been a loyal source of support throughout her recovery.

‘My sister Krystal and I got him together only 6 months before we went on the cruise to New Zealand, so he was just a puppy when it all happened’ she said.

‘We were only supposed to be gone for two weeks so we put him in a kennel, but two weeks turned into much longer.’

She said despite spending three weeks in a coma and enduring multiple painful skin graft operations courtesy of 12 skin donors, she was determined to get through rehab enough to get home to her beloved dog. 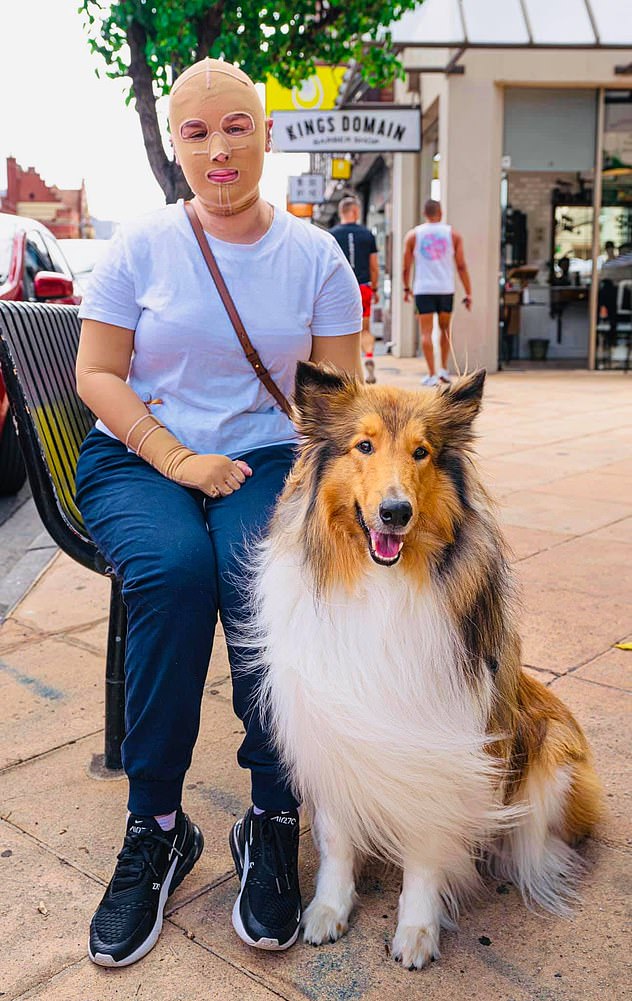 New Zealand White Island survivor Stephanie Browitt and her dog Arlo, who she said has been a pillar of strength in her recovery (pictured) 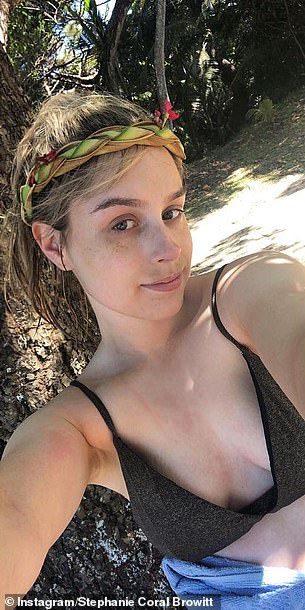 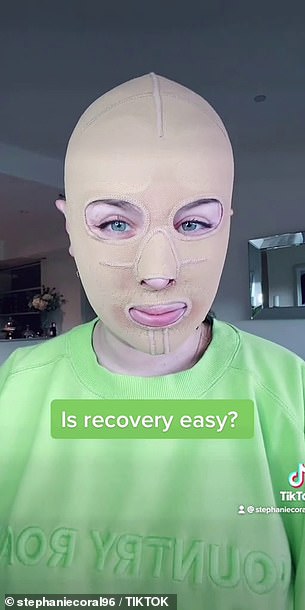 ‘On Arlo’s first birthday, I was able to get my day pass from hospital to see him for the first time since the eruption,’ the post read.

‘I was so worried he had forgotten me or that he wouldn’t recognise me because I looked different with the mask on and my bandages and everything…well I was totally wrong!’

She recounts the moment they reunited for the first time since the tragedy as ‘pure joy’, saying Arlo ran towards her the second he heard her voice.

Arlo has been essential in Ms Browitt’s recovery since the disaster, counting each moment with him as ‘a blessing’.

Since her sister’s death, Ms Browitt has dedicated herself to raising Arlo, revealing her sister was studying to become a veterinary nurse.

‘He was mine and my sisters and I want to raise him for her’ she said.

Since the harrowing ordeal, Ms Browitt has been a beacon of strength, sharing her journey on TikTok attracting more than 645,000 followers, for her candid posts on her lengthy recovery process.