Vaccine teams are set to offer door- to-door jabs to tackle low uptake among ethnic-minority families in large households, The Mail on Sunday can reveal.

Ministers are planning to roll out the scheme after a successful pilot targeting ‘multi-generation’ homes in Luton and Bradford resulted in hundreds of adults of different ages being inoculated in the past fortnight.

‘You’re protecting not just great-grandpa and grandma, but the whole family – all the generations,’ one insider said.

During the pilot, even young adults in their 20s with no underlying health conditions were given the jab.

Ministers will assess final data from the pilot, but initial results have been positive with take-up significantly boosted in vaccine-hesitant families. Plans for a wider rollout are expected to form a key plank of the next phase of the UK’s vaccination effort, with the target to inoculate the first nine priority groups – 32 million people in total – expected to be met this week ahead of Downing Street’s April 15 target.

A senior Government source said the pilot scheme had been ordered ‘because clearly there’s a crossover between hesitancy among ethnic-minority groups and large-family, multi-generational households. We’re trying to do what we think really does work well.

‘Early evidence has shown it is effective, by going to multi-generational households and saying, ‘You’ve got some very elderly or vulnerable people living there. Why don’t we vaccinate the whole house for you?’ ‘ Health bodies worked with local authorities to compare households with vaccine uptake postcode by postcode. An insider underlined the ‘massive’ value of the analysis, saying: ‘For every 20 over-80s we protect, we save one life.’

In Luton, 87.6 per cent of over-50s have had their first vaccine, while Bradford has a rate of 90.6 per cent. However, hesitancy among ethnic-minority communities has meant both towns have jab rates lower than the English regional averages, which are in the mid-90s, apart from London. 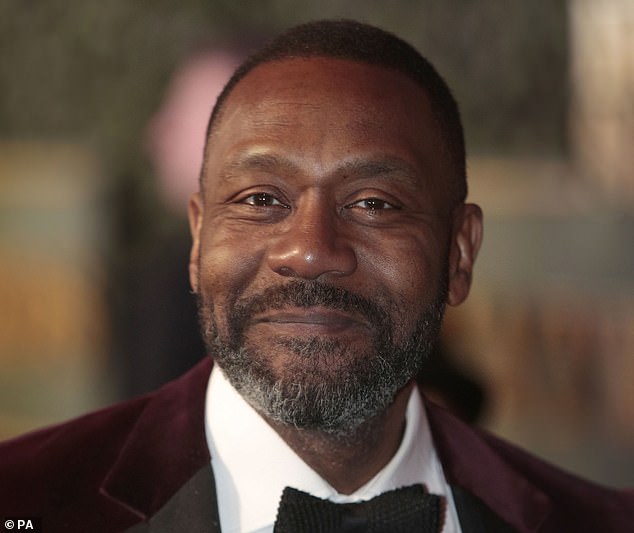 An open letter organised by Sir Lenny Henry (pictured) and signed by actors Chiwetel Ejiofor and Thandie Newton, the writer Malorie Blackman and the Rev Rose Hudson-Wilkin, the Bishop of Dover, encouraged black people to have the vaccination against coronavirus

About 12 per cent of adults in the most deprived areas of England have reported hesitancy, compared with 3 per cent in the country’s least deprived areas, the Office for National Statistics said. Last week, new data on vaccine take-up showed a ‘huge improvement’ among black people. The Government insider said more families should now expect to have health workers ‘literally door-to-door and saying, ‘We can offer you the vaccine’ ‘

Meanwhile pop-up vaccination sites offering night-time jabs will be available throughout the Islamic holy month of Ramadan, which begins on April 13 and runs until May 12 and requires Muslims to fast from sunrise to sunset.

Government surveys have started to show growing confidence across most ethnic groups. A source said the Bangladeshi community, for example, has recently moved to become one of the most vaccine-confident groups, despite initially low take-up data.

Faith leaders and celebrities have also been urging minority communities to get the jab. Last week, an open letter organised by Sir Lenny Henry and signed by actors Chiwetel Ejiofor and Thandie Newton, the writer Malorie Blackman and the Rev Rose Hudson-Wilkin, the Bishop of Dover, encouraged black people to have the vaccine.