Germany’s COVID-19 vaccination campaign has been overshadowed by a mishap in the north where eight workers in an elderly care home received an overdose.

Four went to hospital for observation after developing flu-like symptoms.

‘I deeply regret the incident. This individual case is due to individual errors. I hope that all those affected do not experience any serious side-effects,’ district chief Stefan Kerth said in a statement.

The incident came after some German districts declined to use vaccines received over the weekend on suspicion that cold conditions were interrupted during delivery.

Vorpommern-Ruegen authorities pointed to previous statements by BioNtech saying larger doses were tested in the Phase 1 study without serious consequences.

There was no immediate comment from the pharmaceutical companies.

Last week, a German town began storing its dead in a mobile freezer after space in hospital morgues ran out amid a surge in coronavirus fatalities.

Germany, initially praised for its virus response during the first wave, has been hard-hit during a second wave after it shunned going into a full-scale lockdown of the kind seen in other European countries during the autumn.

Chancellor Angela Merkel has now been forced to change tack, bringing in a ‘hard lockdown’ that saw shops and schools closed until January with social gatherings limited over the Christmas holidays.

Alcohol is banned in public places – putting a halt to traditional mulled wine stands at Christmas markets – while hairdressers and salons are also shutting down.Del

The delivery of coronavirus vaccines has been delayed in eight European countries due to problems keeping it cold enough, The Times reports.

Spanish health minister Salvador Illa warned there may be delays to the first doses of Pfizer being delivered because of a ‘problem in the loading and shipment process’.

He confirmed the issue, which has now been rectified, had taken place at the factory in Belgium and had occurred due to an issue with temperature control. 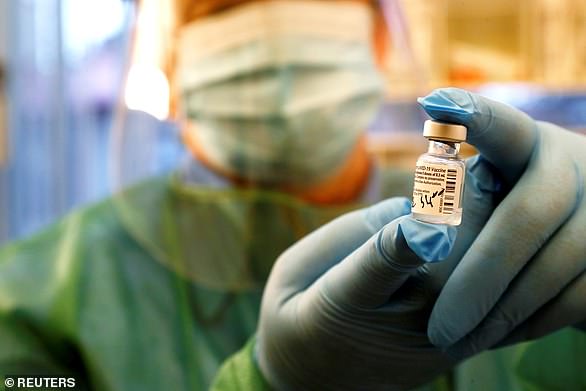 The jab must be kept at minus 70C while it is delivered and can be stored at 2-8C for five days while being transported to vaccination centres.

Andrew Widger, spokesman for Pfizer, confirmed there had been a ‘minor logistical issue’.

The issues resulted in delays in a number of cities in Germany which scheduled to get doses of the vaccine on Sunday – with 1,000 doses rising above the 8C limit.

The European Union plans to administer 2 billion vaccines in 2021.