Fans were left far from impressed with Nike’s design for the USMNT’s World Cup kits as former defender Alexi Lalas claimed the jerseys should have leant into the US’s ‘aesthetic of being big, bold, beautiful and even arrogant’.

Nike officially unveiled the kits for the Qatar World Cup on Thursday morning, along with 11 other teams’ jerseys including Portugal, France and Brazil.

The US home jersey is a relatively simple design and has a white background with blue and red accents on the sleeves and a another blue panel around the collar that features the crest underneath in the center.

The away kit possess a tad more flair with the sport giant opting for a blue tie-dye jersey with solid royal blue shorts and socks.

Nike said the designs ‘draw inspiration from the United States’ diversity and storied legacy across a variety of sports, leagues and associations.’

But former USMNT defender Lalas claimed the sportswear brand had failed to ‘lean into the red, white and blue’ of the American aesthetic. 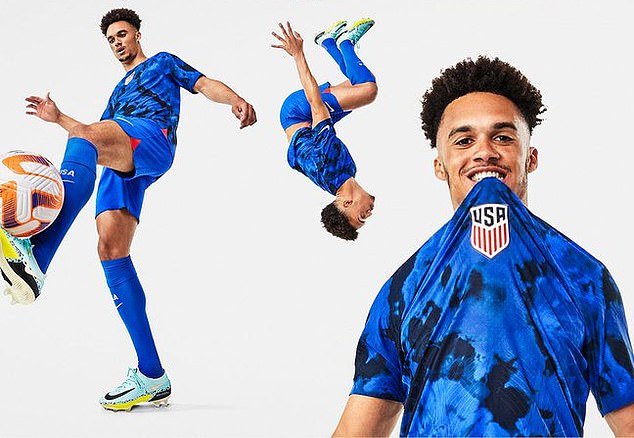 ‘No matter what you do, there are going to be people who aren’t going to like it,’ Lalas said on his State of the Union podcast.

‘It’s very very rare that jerseys come out and they’re universally beloved and even sometimes it takes time for that to happen, so I’m not saying that can’t change.

‘But we have a built-in appearance. We are red, white and blue. We are stars and stripes. And I think no matter who it is, whether it’s a soccer team or somebody else, we should lean into that and we should take pride in that.

‘I think that being big and bold and beautiful, and yeah at times a little arrogant, that’s who we are and our aesthetic should reflect what I feel is the greatest country in the world. All of that good and at times the bad should be reflected in what we do.

‘So, it designs itself to a certain extent. Be big, be bold, be red, white and blue, be stars and stripes, be over the top. But most importantly, be memorable.’ 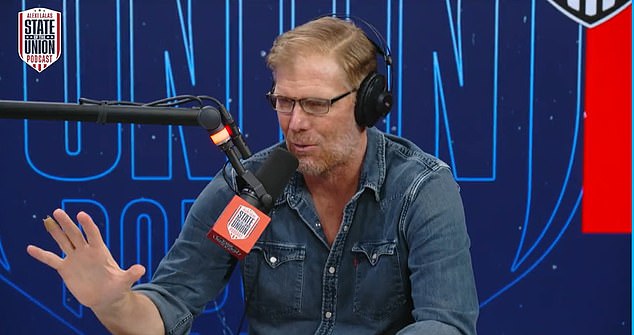 Former defender Alexi Lalas claimed NIke had failed to ‘lean into the red, white and blue’

It will be the sixth time the US men are outfitted by Nike at a World Cup, dating back to France 1998.

But fans echoed Lalas’ thoughts on the latest jerseys as they slammed the designs on social media.

One joked instead of donning the jersey in support of the USMNT at the World Cup they will have to change citizenship.

They posted: ‘Hey, nice job @nike. Instead of buying my 5th USMNT jersey, now I have to switch citizenship.’

One fan was particularly scathing of the blue tie-dye away kit as they compared it to an animal print cocktail dress.

They posted: ‘That kit looks like an animal print my single aunt would wear to a cocktail party.’

Others took issue with the fact the home jersey bears a striking similarity to Nike’s designs for European clubs’ training kits.

On supporter urged the national team to switch to Nike’s rival Adidas as they were unimpressed with the similarity.

The said: ‘So @nike had 8 years come out with a kit concept for all of us to wear proudly and you went with the training kit for clubs? @usmnt Please move to @adidas.’

‘Cool. You gave us PSG’s warmup kits and slapped a crest on it. Embarrassing,’ another added. 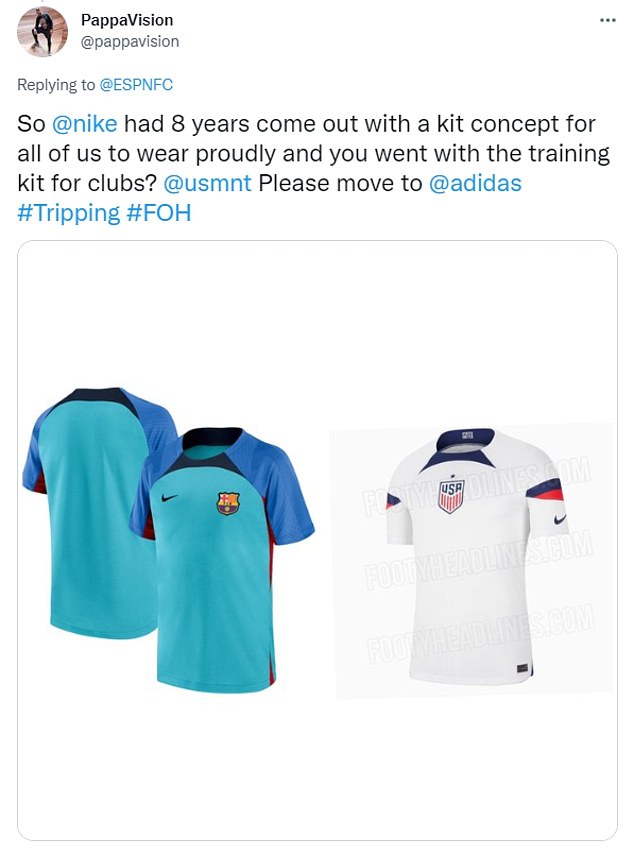 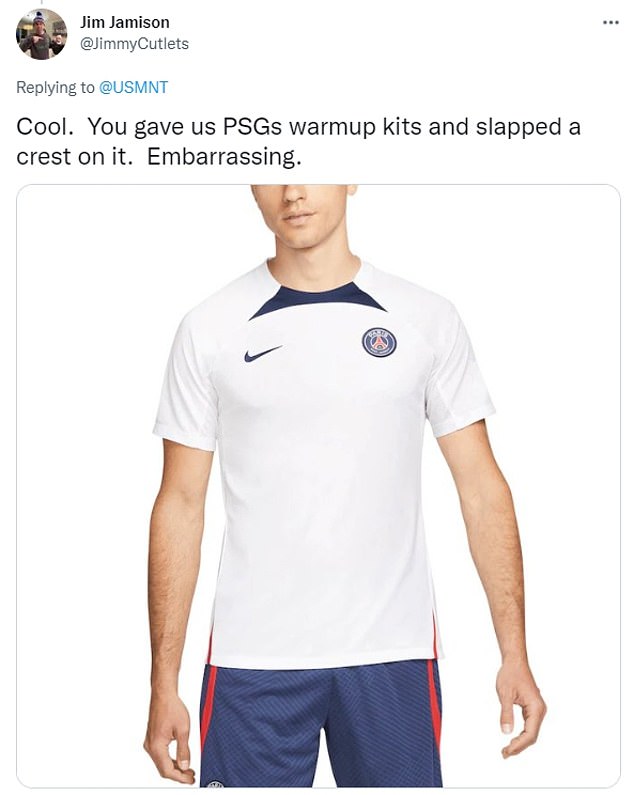 However, others appeared to find a very slim silver lining as they claimed the hatred towards the kit could unite the country.

One wrote: ‘The only thing that has ever brought the entire USMNT Twitter community together is our collective hatred for the World Cup kits.’

Another agreed, tweeting: ‘these USMNT kits might actually bring the country solidarity out of common hatred.’