EXPRESS INFORMER > Business & Finances > Used Tesla values come down with a crash! Prices down as much as £18k

The value of used Tesla electric cars has nosedived by a fifth in the last 12 months as demand for second-hand battery cars appears to have cooled, according to latest industry figures.

Used versions of the popular Tesla Model 3 – the second most-bought new electric car in Britain in 2022 – have crashed in value the most in the last 12 months, with one-year old examples down a massive 21 per cent on average, translating to a financial drop-off of almost £10,000.

Prices for the larger Model S saloon have also gone into freefall, declining by a whopping £18,000 as values slip by a 20.5 per cent.

Experts say the drop in second-hand prices is due to a combination of factors, including greater supply of new examples.

Used Tesla values crash: One-year-old second-hand examples of cars like the Model 3 and Model S have declined by more than a fifth in the last year as demand for used EVs cools

Average used car prices have been trading at record levels for over a year due to the limited availability of new vehicles linked to the semiconductor shortage that has crippled output since the pandemic.

Some models peaked in value on the used market last year and are falling as demand eases, especially with manufacturers now able to fulfil an increasing volume of new car orders.

However, analysts believe cheaper taxation of new EVs, rising charging costs and petrol and diesel pump prices falling are all having an impact on the value of second-hand electric cars.

Cap HPI, which tracks the value of second-hand cars, told This is Money that January is the fourth consecutive month that used electric car prices have generally been in reverse.

In the standings of the worst-depreciating electric cars in the  last 12 month, Teslas take up three of the top five spots. 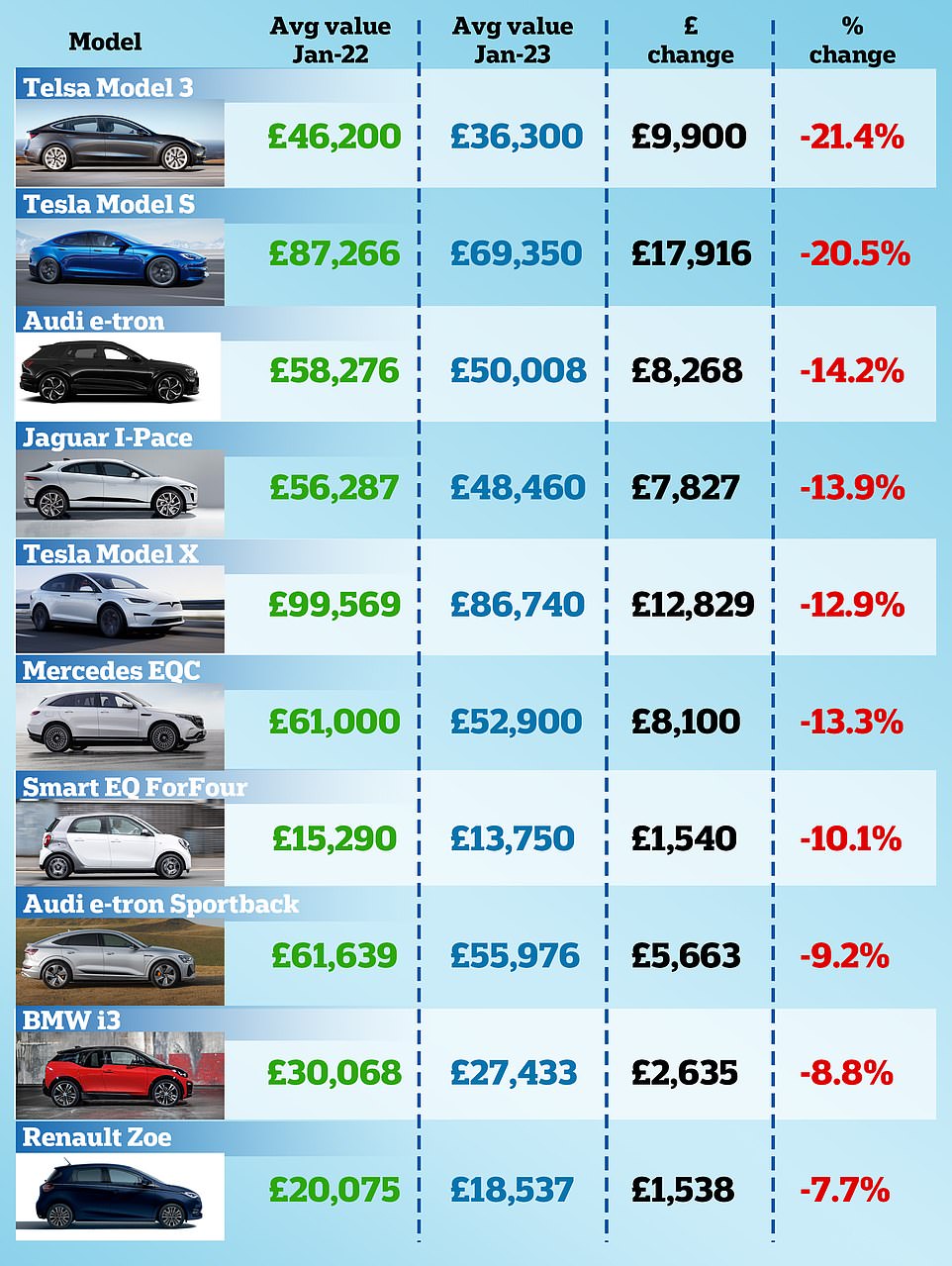 The biggest percentage point faller is the Model 3, which starts at £48,490 brand new. 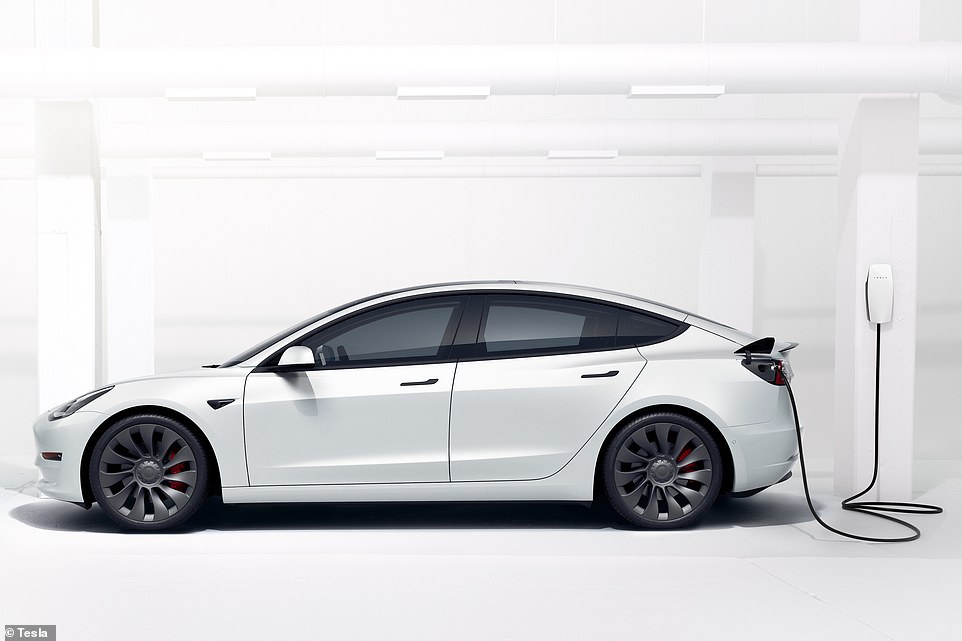 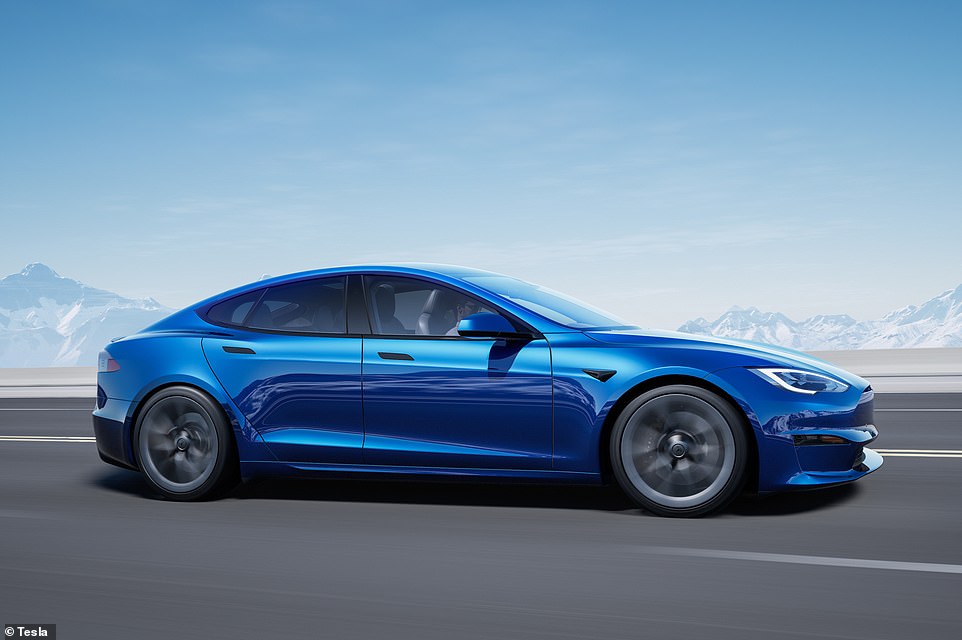 The biggest financial decline in value in the last 12 months is for the Tesla Model S, which is down almost £18,000, according to the data

The bigger Model S (which starts from just under £100,000 new in the UK) has nosedived by even more in terms of financial change. 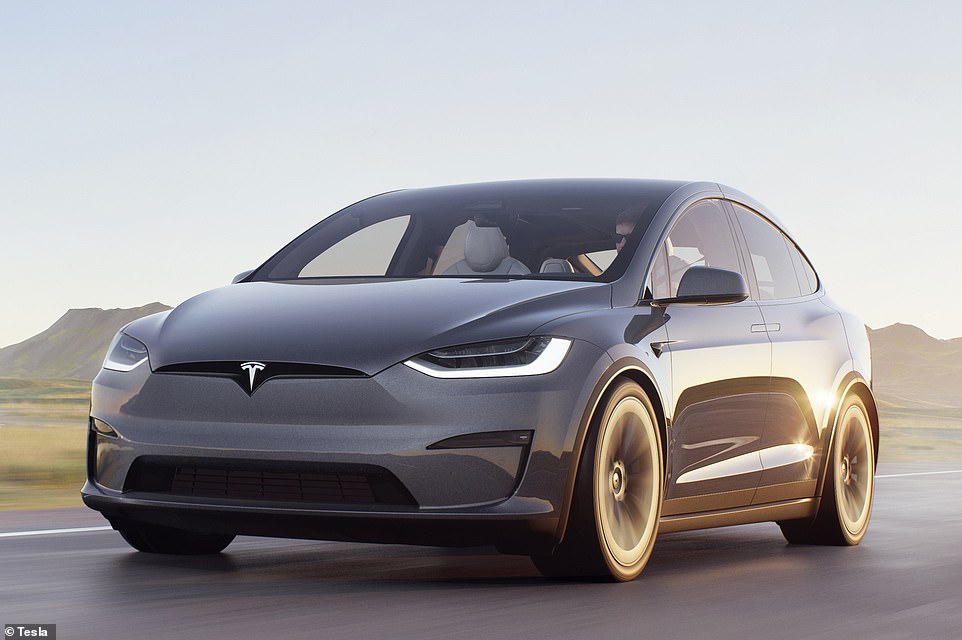 The latest Tesla is bucking the trend, though. The Model Y – Britain’s best-selling EV in 2022 and the third most-bought new car of the year – is around 11 per cent higher in terms of used value today compared to March 2022 (when the first year-old cars hit the second-hand market).

Yet, even the Model Y has seen a fall in price in recent months, having peaked around September and October.

Other electric vehicles showing signs of a decline in second-hand demand includes Audi’s e-Tron, Jaguar’s I Pace, the Mercedes EQC and Smart’s EQ ForFour, all of which have seen sale prices drop by between 14 and 10 per cent compared to where they were in January 2022. 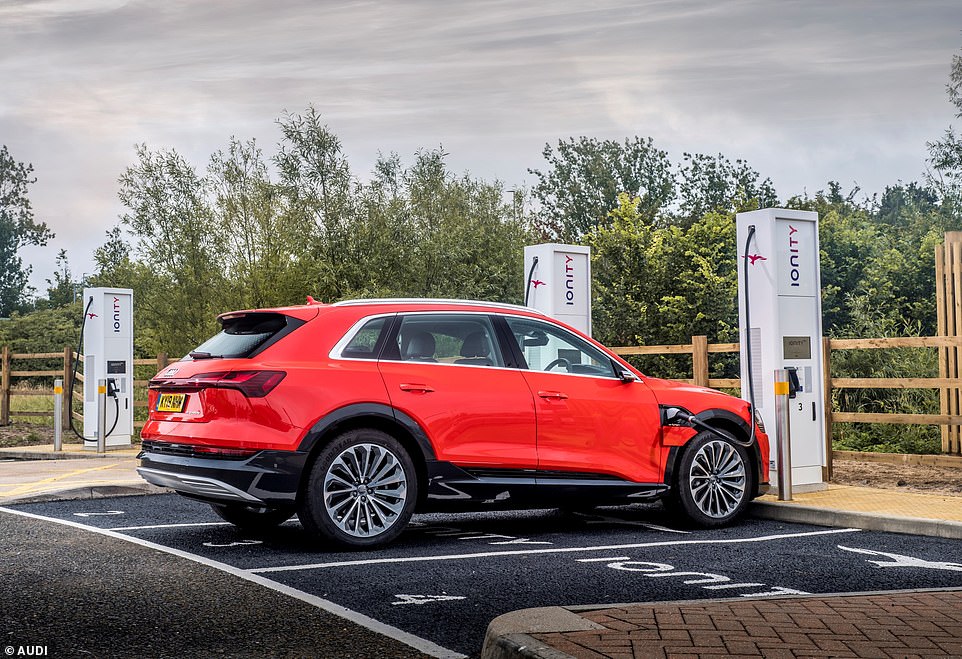 The decline in second-hand electric car values isn’t just hitting Tesla. The price of a used Audi e-tron SUV is down 14.2% 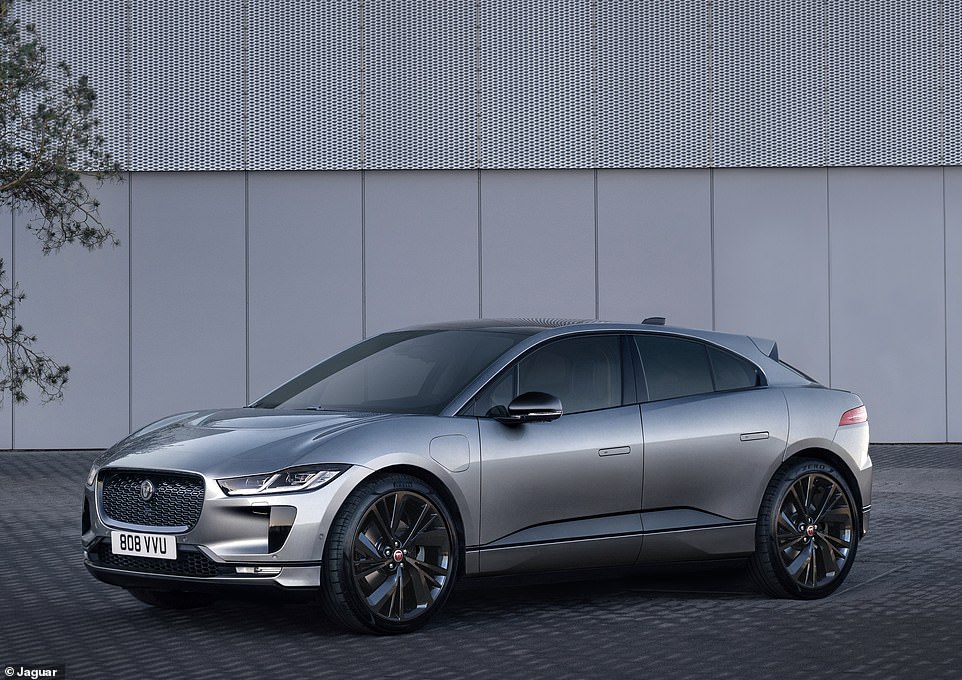 A year-old Jaguar I-Pace is worth around £8,000 less today than it would have been in January 2022 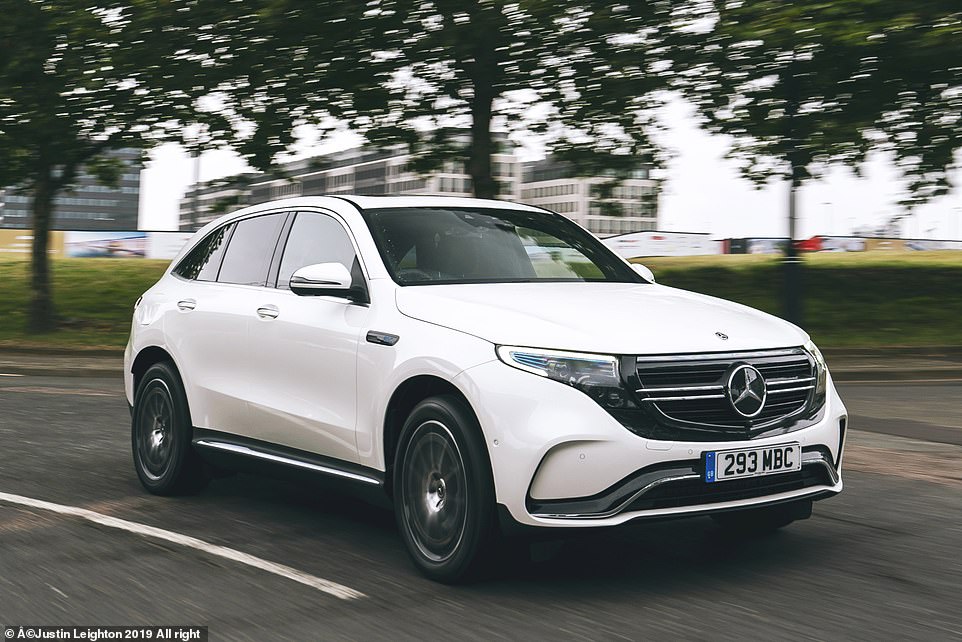 The figures provide a distinct contrast to the new-car market, where appetite for battery models has been ripe.

More than one in six (16.6 per cent) of all passenger car registered in the UK last year were battery electric models. 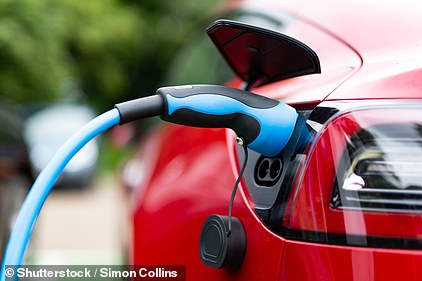 Waiting times for new electric car orders have tumbled by 13.2% in the last three months.

Motorists buying an electric vehicle in January on average can expect to wait up to 28 weeks for their car to arrive, down from 35 weeks for orders placed back in October.

Experts say this is due to an increase in production following two years of parts supply shortages that caused a log-jam of orders.

However, cost-of-living concerns are also weighing on demand as consumers delay big ticket purchases, the report by Electrifying.com said.

It means Britons bought more electric cars than diesel (accounting for 9.6 per cent of the total market in 2022) for the first time on record.

Chris Plumb, Cap HPI’s senior editor on electric vehicles, said: ‘It has been well documented of late that while new car sales of electric vehicles go from strength to strength, this is not replicated in the used car market.

‘Battery electric vehicles remained the most challenging area of the used car market throughout the last month of 2022, as values reduced for the fourth consecutive month.

‘In fact, over the past 12 months there have only been four months where values for EVs increased – February, July, August and September.’

Cap HPI says faltering consumer demand for EVs is likely related to the cost-of-living crunch, particularly around rising energy costs that is pushing the price of charging at home and via the more expensive public network a lot higher.

A report by the RAC yesterday found that the average cost to use a ‘rapid’ public electric car charger in the UK is now 58 per cent higher than it was eight months ago as operators push their prices higher on the back of rising wholesale electricity prices.

It means that, for longer journeys, a petrol car will be more cost effective, costing around 17p per mile compared to an EV charged using a public device costing 20p for every mile.

That said, if motorists are able to charge an EV at home, it remains by far the cheapest option, working out at around 10p per mile, according to the RAC’s calculations.

Cap HPI’s EV expert also believe the recent decline in electric car values has come as a result of pump prices for both petrol and diesel coming down in recent months.

Both fuels peaked at record highs in July 2022, but forecourt prices have softened more recently, with the UK average for unleaded this week dropping below 150p-a-litre for the first time in almost a year.

This is being reflected in the depreciation of Tesla cars since November. 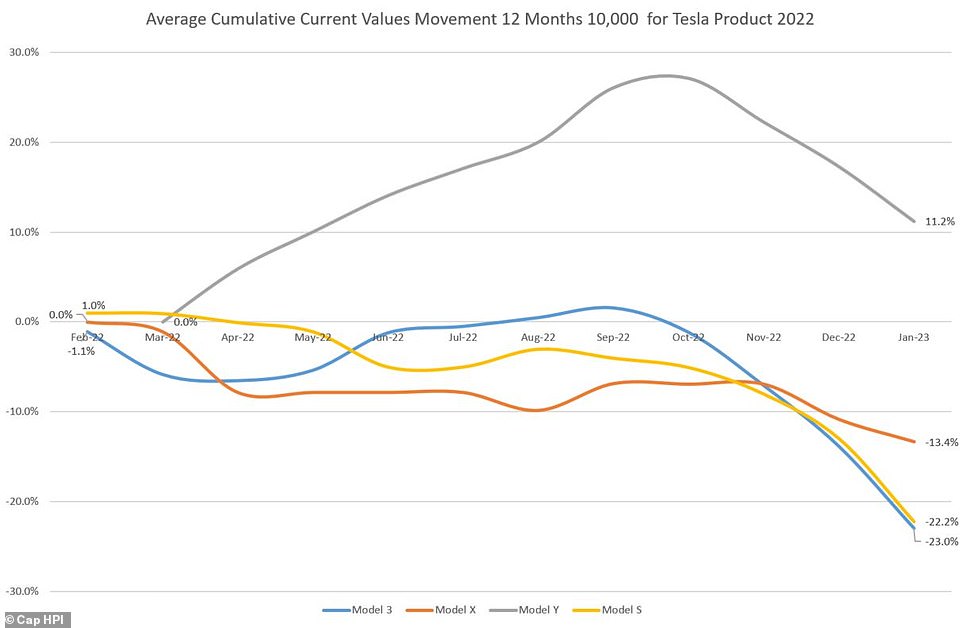 Also having an impact on demand for used electric cars is the impact of huge taxation benefits on new models.

Electric cars currently benefit from benefit-in-kind taxation of just 2 per cent, which combined with salary sacrifice schemes makes them extremely cheap to run – especially when you consider that insurance and maintenance is included. 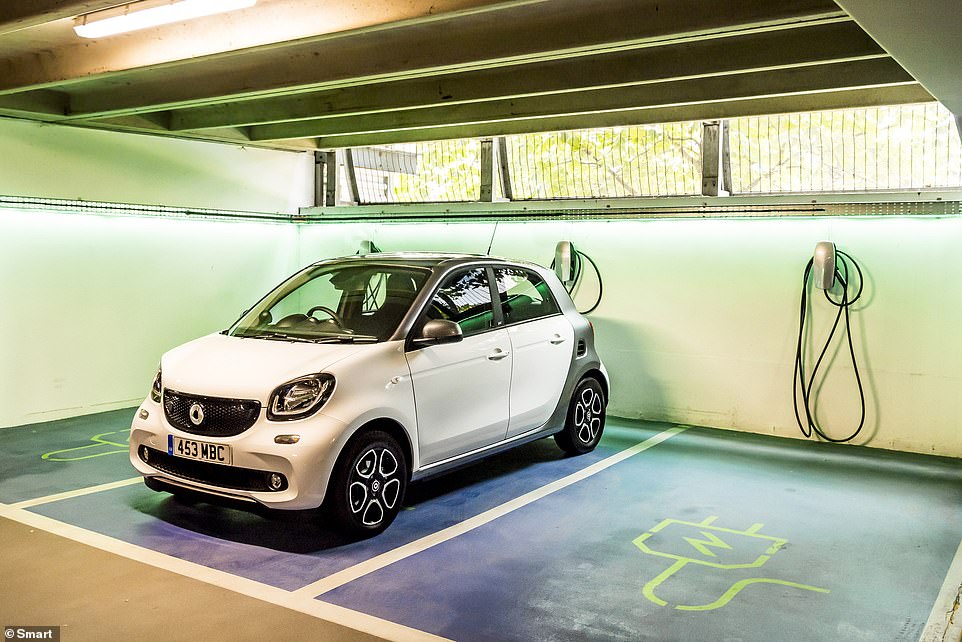 A year-old Smart EQ ForFour – which has a range of less than 100 miles – is worth around 10% less today than it would have cost a year ago, Cap HPI said 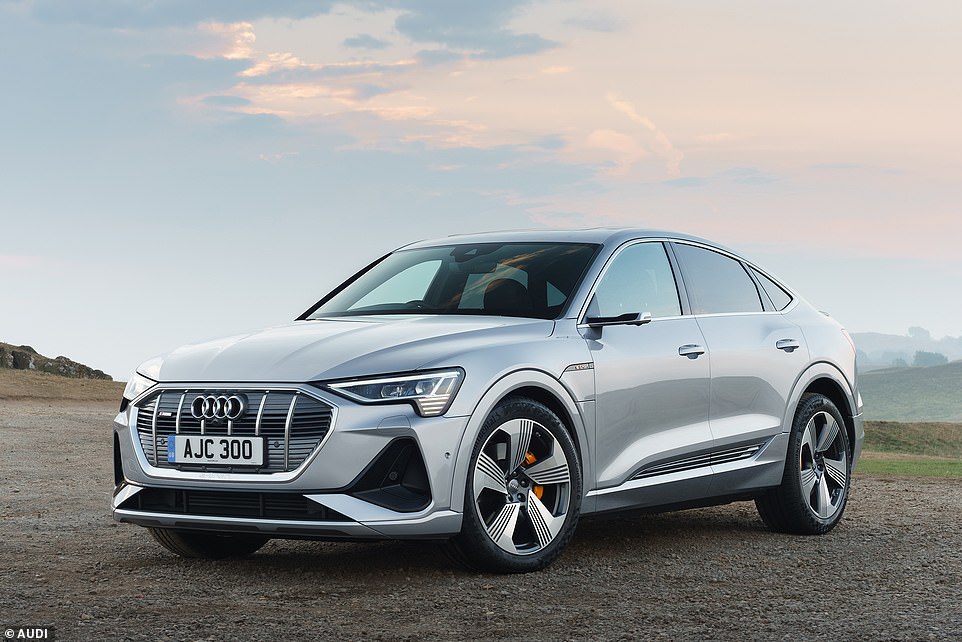 Audi’s e-tron Sportback has slipped in value on the used market by 9.2%, the data suggests

Dealers ‘currently reluctant to add EVs to their stock’

It added that more electric cars are now entering the market, which is providing less competition for available cars and therefore dealers are having to lower their prices to move them off their forecourts. 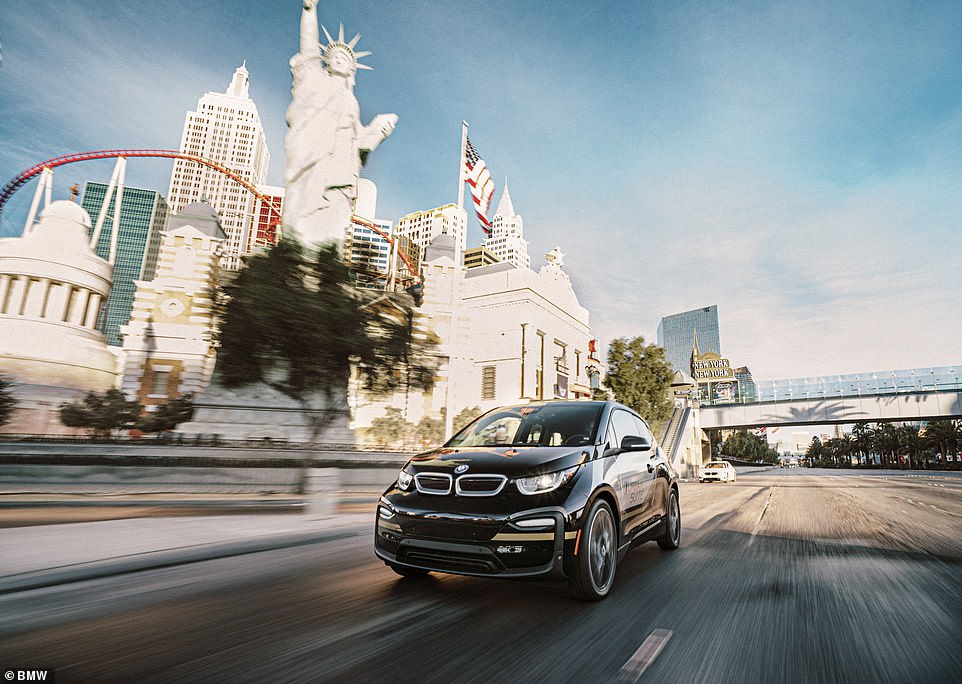 BMW’s now-discontinued i3 electric hatchback has seen a decline in demand for used examples. This could likely be due to more becoming available on the second-hand market 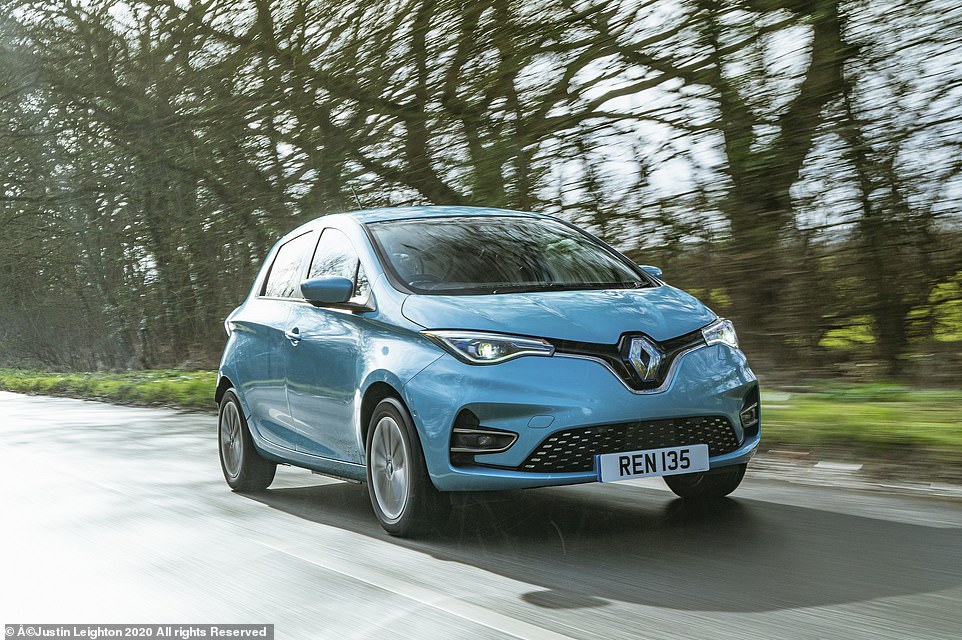 Derren Martin, director of valuations at Cap HPI, adds: ‘Electric cars at the top end are often an aspirational purchase, and in a cost-of-living crisis people are not necessarily going out and buying them at the moment.

‘They’re expensive vehicles, often well in excess of £10,000 more than the petrol equivalent, and there’s more of them coming back into the market.

‘Plus, the actual cost of charging an EV is not far off comparable with refuelling your car with fossil fuel, depending on where you charge it, it is unsurprising that with so much focus on the cost-of-living, many consumers are not quite ready to go electric.

‘With demand dropping away and supply increasing – that really only leads to one thing for used values.’

Five reasons why used electric car demand is in decline

1. More EVs on the market than ever before

One of these factors is that more electric models are entering the used market, which was inevitable on the back of booming new registrations in the last few years.

Cap HPI’s Derren Martin says many dealers are reporting an increasing level of ‘days to sell’ for EVs, with some failing to shift battery cars they’ve had in stock for up to three months.

This has forced traders to lower the prices of these vehicles in a push to move them on, with some expressing no desire to bring in fresh stock of used electric cars until they have sold the models currently on forecourts.

Cap HPI says the cost-of-living crunch will also be starting to bite these pricier electric cars.

With second-hand EVs sometimes costing in excess of £10,000 more than petrol and diesel equivalents, many consumers simply can’t afford them, especially now that budgets are tightening and finance costs rising.

3. Rising charging costs as a result of energy price hike

The recent spike in energy costs has made electric vehicles more expensive to charge at home and almost as expensive as fuelling a petrol car if you’re only charging using public devices.

This has created another potential road block in terms of demand, with some buyers delaying purchases until energy bills fall.

Mr Martin says there are also some ‘very competitive leasing and broker deals’ on new battery-powered vehicles that are available for delivery.

These are likely enticing EV buyers away from the second-hand market.

Another key reason why used electric vehicles are less attractive is because new models can be far cheaper to run for those who can secure one as a company car.

Electric cars currently benefit from benefit-in-kind taxation of just 2 per cent, which combined with salary sacrifice schemes makes them extremely cheap to run – especially when you consider that insurance and maintenance is included.