USA’s Ben Shelton, 20, wins again in just his second match OUTSIDE of America with the Florida native beating Chile’s Nicolas Jarry in straight sets in the second round of Australian Open

American sensation Ben Shelton is keeping up with the hype that’s been following him ever since the start of the Australian Open, as he reached the third round of the tournament by beating Chilean qualifier Nicolas Jarry in straight sets, Wednesday.

Ranked No. 89 on the ATP Tour, just a year after coming in as low as 569 in the world, Shelton will face the winner of the match between another American, Taylor Fritz, the No. 8 seed, and Australian wildcard Alexei Popyrin in the next round.

Ben Shelton, 20, celebrates after winning his only second match outside the United States 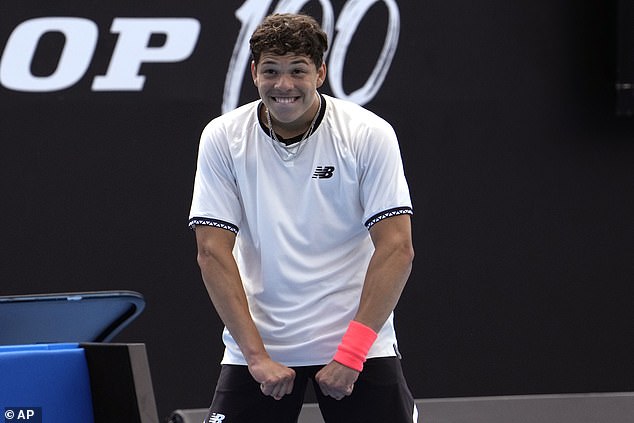 For that match, the 2022 NCAA singles champion prepped with none other than the ousted reigning champion, Rafael Nadal, who unexpectedly crashed out of Australia following a shocking defeat to 27-year-old American Mackenzie McDonald in the tournament’s second round.

The pair even posed for a picture at Rod Laver Arena.

Prior to bursting onto tennis’ biggest stage, Shelton was studying finance at the University of Florida and had always been held back from playing overseas by his father – and coach – Bryan. 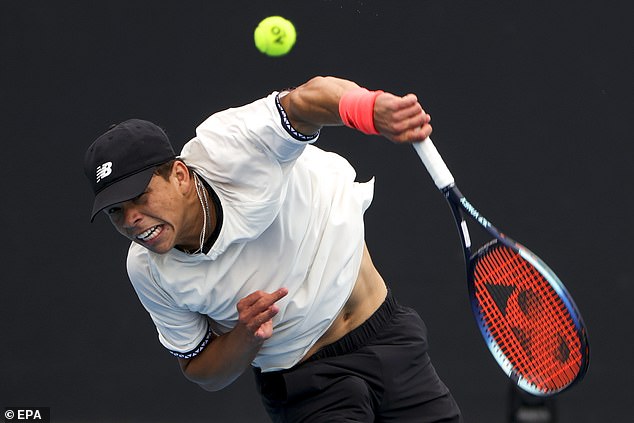 Shelton never previously left the U.S. before bursting onto the scene of the Australian Open 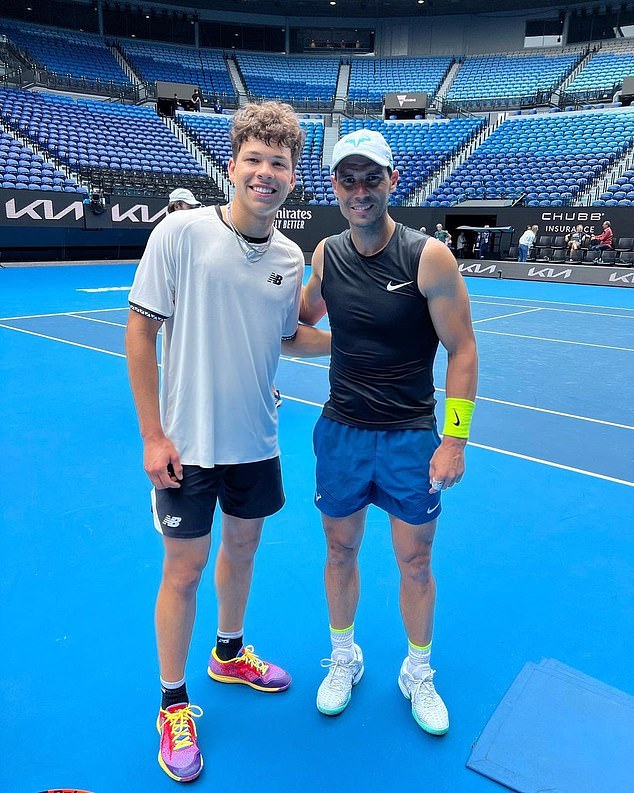 Prior to his first ever match overseas, Shelton (left) trained with tennis legend Rafael Nadal

‘It’s a completely different ballgame,’ Shelton said, describing his first adventure abroad in an interview with The Associated Press. ‘These are all a lot of experiences that I haven’t had yet. But I’m glad to be out here.’

It’s been said over and over and over again: No American man has won a Grand Slam singles title since Andy Roddick at the 2003 U.S. Open. Shelton is part of a group of players hoping to end that drought at some point, and while it still might take some time, breakthrough performances last year by Frances Tiafoe, Taylor Fritz and Brandon Nakashima helped show countrymen what could be possible.

‘It definitely gives us a lot of hope, a lot of encouragement. It’s cool to see those guys do amazing things. It’s something to look up to for me, for sure,’ said Shelton. ‘American tennis is definitely on the way up.’ 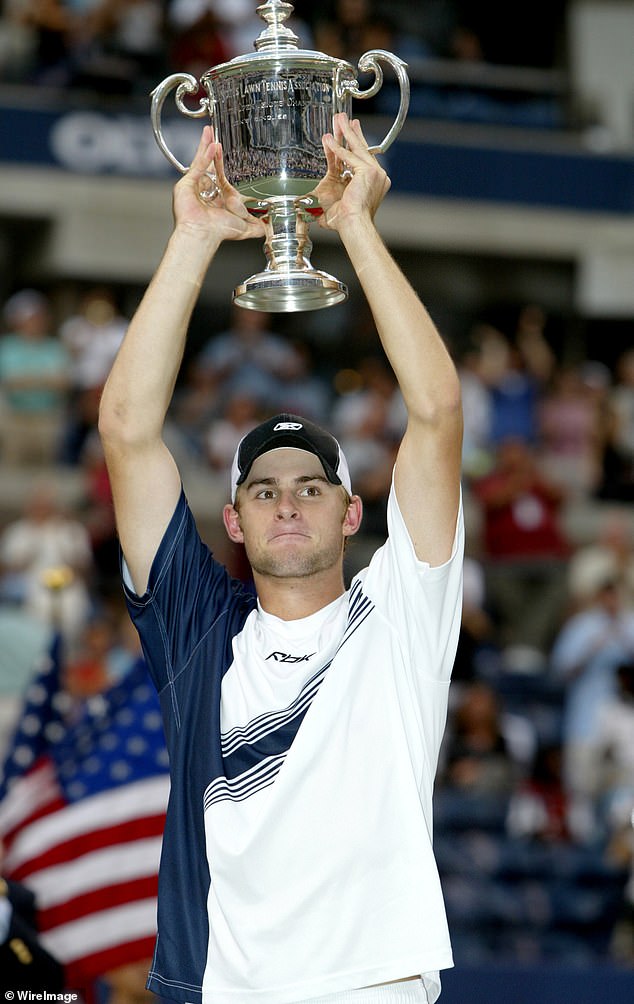 No American man’s won a Grand Slam single title since Andy Roddick in 2003 at the U.S. Open

It wasn’t until Shelton turned 11 that he zeroed in on tennis — because he wanted to travel to junior tournaments and stay in hotels like his sister, Emma, who now competes for Florida.

A total of 13 Americans are in the ATP’s top 100, including Shelton. There are a tournament-high 14 U.S. players in the men’s bracket at the Australian Open, and the 17 in the women’s bracket also leads all countries. (Serena Williams, Venus Williams, Sloane Stephens and Sofia Kenin won major trophies in women’s singles for the United States over the past two decades.)

‘The American men in their 20s, there’s a lot of guys that are having success and steadily climbing up the rankings. They push each other,’ said Michael Russell, a former player who coaches Shelton’s potential next opponent in Taylor Fritz, the world’s No.8 seed.

‘Obviously I’m biased; I want Taylor to do the best, of course. But hopefully we’ll have an American man as a Grand Slam champion again soon.’