Hand over Staley’s links to Epstein, Barclays told: Bank is slapped with demand for documents by US Virgin Islands

By Maggie Pagano For The Daily Mail

Barclays Bank has been served with a legal demand by the United States Virgin Islands to hand over all correspondence between its former chief executive Jes Staley and the late Jeffrey Epstein.

The letter was filed at 5.44pm on October 12 and served on Barclays by Carol Thomas-Jacobs, the deputy attorney general of the US Virgin Islands (USVI).

Staley, 64, stepped down from the bank following an investigation by City regulators into the way he described his relationship with Epstein, a disgraced financier and convicted sex offender.

The United States Virgin Islands is demanding Barclays hand over all correspondence between its former chief executive Jes Staley (pictured) and the late Jeffrey Epstein.

The bank said the investigation did not conclude that Staley saw, or was aware of, any of Epstein’s crimes.

As he stepped down on Monday, Staley vowed to challenge the regulator’s findings. Barclays denied the USVI’s legal letter had influenced his decision to resign. 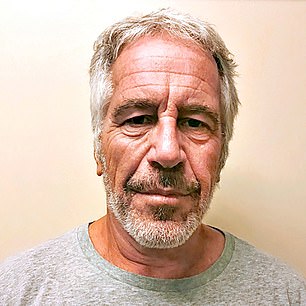 But as one source close to the situation said: ‘Coming together with the regulators’ report, Barclays and Staley realised it was game over.’

Before he joined Barclays, Staley and his wife visited Epstein on Little Saint James, his private Caribbean retreat in the USVI known locally as the ‘Island of Sin’.

The territory’s authorities want to repossess the island and make restitution to his victims.

But last month’s letter was the second time the bank had received an order from the USVI to hand over documents related to Epstein.

In February, its New York division was served with a subpoena by the USVI courts to reveal transactions, correspondence and investments on accounts linked to Epstein.

A bank spokesman said the lender’s US arm has already provided its response to the subpoena and complied with its obligations.

It added that the USVI is in the process of serving a similar subpoena on the bank in the UK and that it ‘will respond to that subpoena once it is served’. 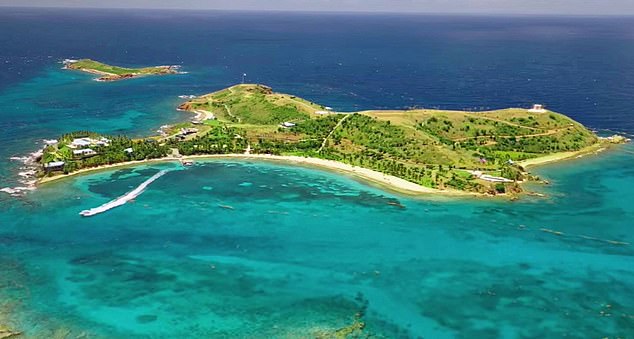 ‘Island of Sin’: Before he joined Barclays, Staley and his wife visited Epstein on Little Saint James (pictured), his private Caribbean retreat

The 14-page legal request, seen by the Daily Mail, demands that Barclays’ UK arm hands over all documents, emails, information, videos and pictures that may have been shared between Staley and Epstein.

This would include information uncovered in the bank’s inquiry into the nature of relations between Staley and Epstein, and documents it may have passed on to the City watchdogs.

In addition, the court wants to see documentation about the hiring of Staley by Barclays, where he took over at the end of 2016.

At the time there were allegations that Epstein lobbied for him to get the job – claims Barclays has denied.

There were also suggestions he had lobbied on behalf of Staley for the role in 2012, when the bank appointed Antony Jenkins.

The USVI court has given Barclays 30 days from the date of filing to respond.

Thomas-Jacobs is asking for the material to be used in the civil proceedings being undertaken between the government of the USVI and the defendants, Epstein’s estate.