An American politician seen as Donald Trump’s political heir apparent has blasted Australian ‘tyrants’ for their Covid-19 lockdowns – even comparing the country to communist China.

Republican Florida Governor Ron DeSantis declared Australia isn’t a free country with its two biggest cities Sydney and Melbourne holed up in lockdown with daily infections in their hundreds.

No city in the world has been under stay-at-home orders longer than Melbourne, which surpassed Argentinian capital Buenos Aires’s 234-day lockdown record last week.

The leader of US’s third biggest state slammed the nation’s strict Covid-19 measures as ‘dramatically off the rails’ as he addressed the crowd at a International Boat Builders Expo and Conference in Tampa.

Florida Governor Ron DeSantis has slammed ongoing lockdowns in Australia, where cases continue to climb (pictured is Melbourne, which is in its sixth lockdown)

‘They’re enforcing, after a year-and-a-half, they’re still enforcing lockdowns by the military and that’s not a free country.’

‘It’s not a free country at all.

‘I wonder why we would still have the same diplomatic relations when they’re doing that. Is Australia freer than China, Communist China right now?’

‘I don’t know. The fact that’s even a question tells you something’s gone dramatically off the rails.’

The comparison with China is controversial considering that Australia two weeks ago formed a nuclear-powered submarine alliance with the US and the UK – AUKUS – to meet the rise of China.

Footage of Governor DeSantis’s speech quickly went viral online, sparking controversy – given Australian soldiers have fought beside US troops at every American-led conflict since 1950, fighting communists in Korea and Vietnam.

But with Florida, like other Republican states, resisting hard lockdowns, he had praise.

‘You are a legend. I wish with all my heart that we had a leader with your clarity of vision, common sense and principles in the United Kingdom,’ one person posted.

Others pointed out Florida has recorded 53,580 Covid deaths from a population of 21.5 million.

Australia has recorded just 1,256 deaths in comparison, despite a bigger population of 25.7 million. 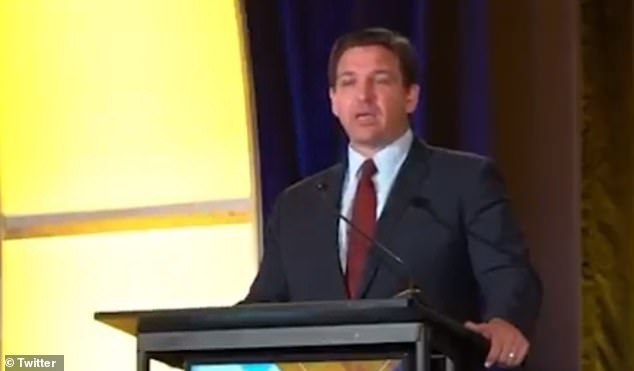 ‘They’re enforcing, after a year-and-a-half, they’re still enforcing lockdowns by the military and that’s not a free country,’ Ron DeSantis (pictured) told a crowd in Tampa

‘Florida’s doing such a great job that they can criticise others,’ one user sarcastically commented.

‘Our military are not enforcing lockdowns. They have no jurisdiction to enforce public health orders,’ one commented.

Almost 60 per cent of of Florida’s population is fully vaccinated, slightly higher than the 55 per cent national average.

The state has been free of Covid-19 restrictions for over a year.

The Florida leader is seen as a possible contender for the 2024 US Presidential race, and could have the backing of Trump supporters given he defended the former president during his impeachment in early 2020. 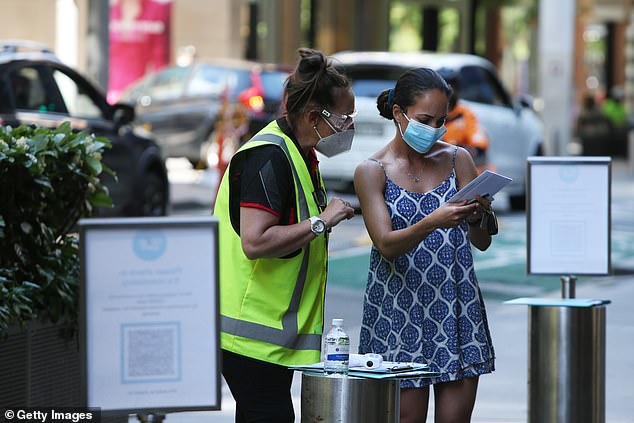 Governor DeSantis has previously apologised for plunging Florida into lockdown in line the most of US states last year, where he vowed never to do it again.

‘To even contemplate doing any type of lockdown, honestly it’s insane,’ he said at the time.

Governor DeSantis could be a Republican primaries candidate for US President in 2024. 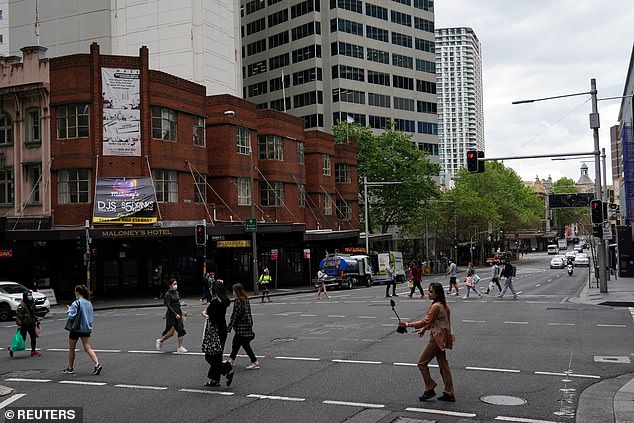 With Sydney (pictured) and Melbourne in lockdown, Australia has been likened to China

George Bush, Barack Obama and Joe Biden had been senators in Congress, with two of that trio having served two terms as vice president.

Florida, a traditional battleground state, voted for Donald Trump in 2020. For the first time since 1960, both Florida and Ohio, another bellwether state, voted for the losing presidential candidate.

The Sunshine State rarely votes for the loser, but it last did that in 1992 when it backed George Herbert Walker Bush over Bill Clinton and in 1960 when it backed Richard Nixon over John Fitzgerald Kennedy.

The state famously voted for George W. Bush over Al Gore by 537 votes in 2000, sparking a Supreme Court challenge. 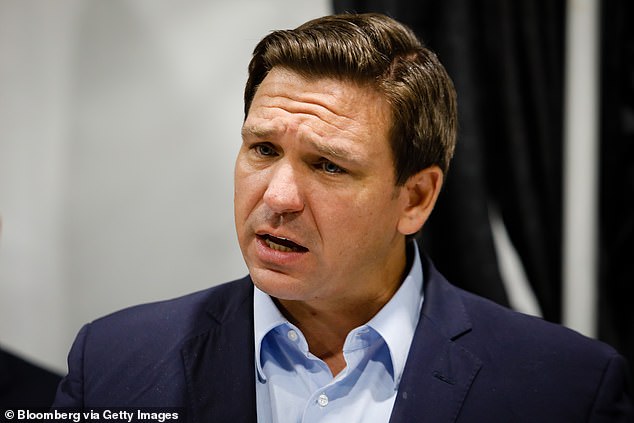