Frances Tiafoe knocks out No. 14 seed Diego Schwartzman in straight sets to reach the US Open last 16 – after top American seed Jessica Pegula, the daughter of Buffalo Bills owners, progresses

By Kate Mcgreavy For Dailymail.Com and Associated Press

Frances Tiafoe progressed to the second week of the US Open with a straight-sets victory over Diego Schwartzman Saturday afternoon.

Tiafoe has entertained at the Grand Slam tournament and he’s found form with the American yet to drop a set.

Tiafoe followed fellow American Jessica Pegula into the next round after she beat qualifier Yuan Yue 6-2, 6-7, 6-0 earlier in the day.

The 28-year-old No. 8 seed tuned in for Serena Williams’ last match from her hotel room the night before her victory.

‘Of course I watched Serena. I’m like everyone else,’ she said.

‘You feel kind of sad that’s how it ends. But, I don’t know, like I got a little, like, sentimental, too, watching her, how emotional she was getting.’

Pegula had wasted a chance to close out the victory a half-hour earlier when she wasn’t able to convert her match point, but quickly regrouped. 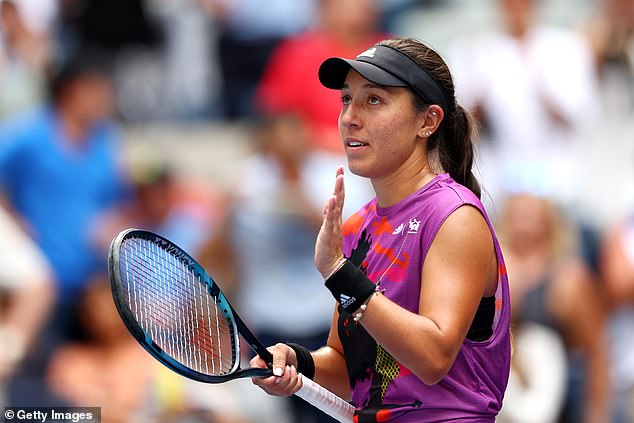 Pegula started her Grand Slam career by going 3-8. She’s gone 22-7 since, including runs to quarterfinals at the Australian Open each of the past two years and the French Open this year.

The 28-year-old American, whose parents own the NFL’s Buffalo Bills and NHL’s Buffalo Sabres, came into Saturday with an 0-2 record in third-round matches at Flushing Meadows, including a loss to Petra Kvitova in 2020. She gets another shot at her Monday.

‘Petra is so hard to play. I feel like when she’s on, she blows you off the court. And then sometimes she can be off. .. She’s a fighter. When it clicks, it´s really difficult,’ Pegula said, then was sure to add: ‘I think I’m a much better player now than I was when I played her last time.’ 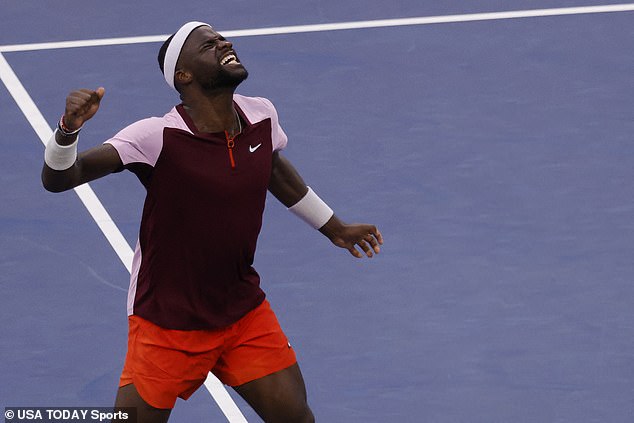