EXPRESS INFORMER > News & Politics > US military employee, 26, facing huge fines in Germany after she sparked a COVID cluster in the Alps

American military employee, 26, is facing huge fines in Germany after she sparked a COVID cluster in the Alps when she went on a pub crawl while infected

By Ariel Zilber For Dailymail.com and Associated Press

A 26-year-old American woman who works for the US military  has been blamed for being a COVID-19 ‘superspreader’ after she violated quarantine and went bar-hopping, resulting in a spike in cases in a small town in the German Alps.

Officials in southern Germany are considering imposing hefty fines against the woman linked to a cluster of coronavirus cases in the Alpine resort town of Garmisch-Partenkirchen, including at a hotel that caters to US military personnel.

German media report that the woman, who lives locally and wasn’t named, had visited several bars in the town last week despite having symptoms and being told to quarantine while waiting for her COVID-19 test result.

The woman had just returned from a vacation in Greece and reported having a sore throat on September 7, according to Bild.

A COVID-19 cluster in the Bavarian resort town of Garmisch-Partenkirchen was caused by an American woman who refused to quarantine after reporting symptoms, according to local reports 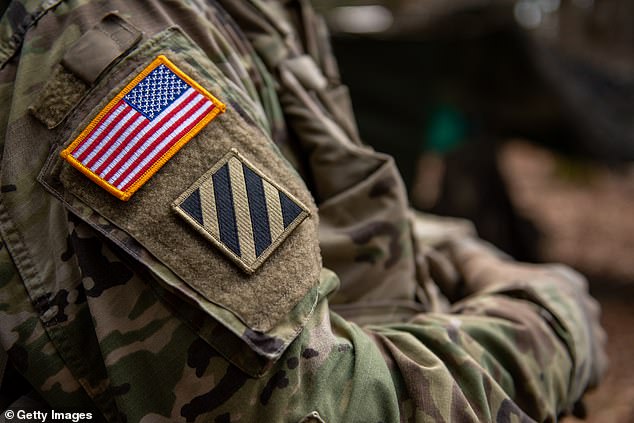 The woman, 26, is said to be an employee of the United States military

Instead of staying indoors and waiting for her test results, however, she decided to go on a pub crawl, officials said.

‘Garmisch-Partenkirchen is a model case of stupidity and an example for how quickly one can become infected,’ said Bavaria’s governor, Markus Soeder.

‘Such recklessness must have consequences,’ he added.

‘That’s why it’s reasonable for the health authorities to consider, after carefully examining the case, whether to impose appropriately high fines.’

Breaching quarantine rules can result in fines of up to 2,000 euros ($2,375), but further penalties and liability for damages are possible if others become infected or businesses suffer economic harm as a result.

The woman, who wasn’t named for privacy reasons, has been blamed for a spike in cases that pushed Garmisch-Partenkirchen above the threshold of 50 new cases per 100,000 in a week at which authorities are required to impose further infection control measures.

In Garmisch-Partenkirchen, these include a 10pm curfew on bars and restaurants and a rule that no more than five people can gather in public. 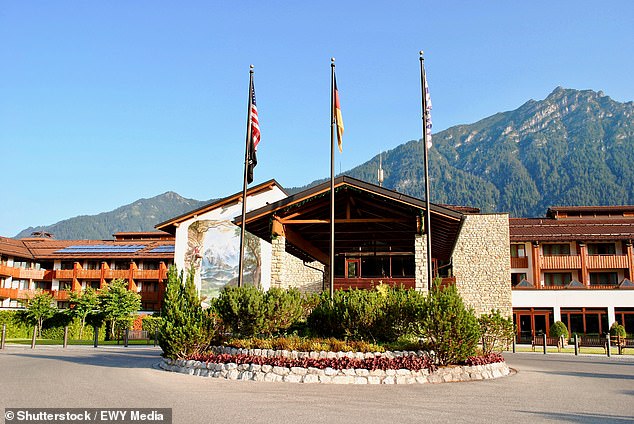 The incident also affected the Edelweiss Lodge and Resort (pictured), which shut down completely for two weeks Monday after confirming that ‘several staff members’ had tested positive for COVID-19

The incident also affected the Edelweiss Lodge and Resort, which shut down completely for two weeks Monday after confirming that ‘several staff members’ had tested positive for COVID-19.

The resort, which is reserved for members of the American military, their families and veterans, said it is ‘working with US Army medical professionals and local medical officials to assess the situation and conduct contact tracing.’

‘Anyone who has visited the resort since September 3 should monitor for any symptoms and seek medical care if symptoms develop,’ it added.

A spokesman for the US European Command couldn’t immediately comment on how many military personnel were affected.

Germany’s disease control center on Monday reported 927 new cases across the country in the past day.