A number of celebrities took to social media after supporters of President Donald Trump violently stormed the U.S. Capitol on Wednesday to protest his election loss to President-elect Joe Biden, leading to the death of one woman and politicians scrambling to safety.

Amid Wednesday’s events, authorities lost control as people entered the Capitol building vandalizing and trespassing, with some of the MAGA mob making it in to Nancy Pelosi’s office. Four people died in the chaos.

Leading the messages was Captain America actor Chris Evans, who penned: ‘I’m speechless. Just think of the carnage had they not been white. So many people enabled this.’

Some questioned the effectiveness of authorities on hand, stating that the response would have been significantly different if the protesters were black. Filmmaker Ava DuVernay shared a clip from the day’s events, writing, ‘The language of white supremacy is a language of cowardice disguised as dominance.’

The latest: A number of celebrities, including Chris Evans, took to social media on Wednesday after supporters of President Donald Trump violently stormed the U.S. Capitol to protest his election loss to President-elect Joe Biden 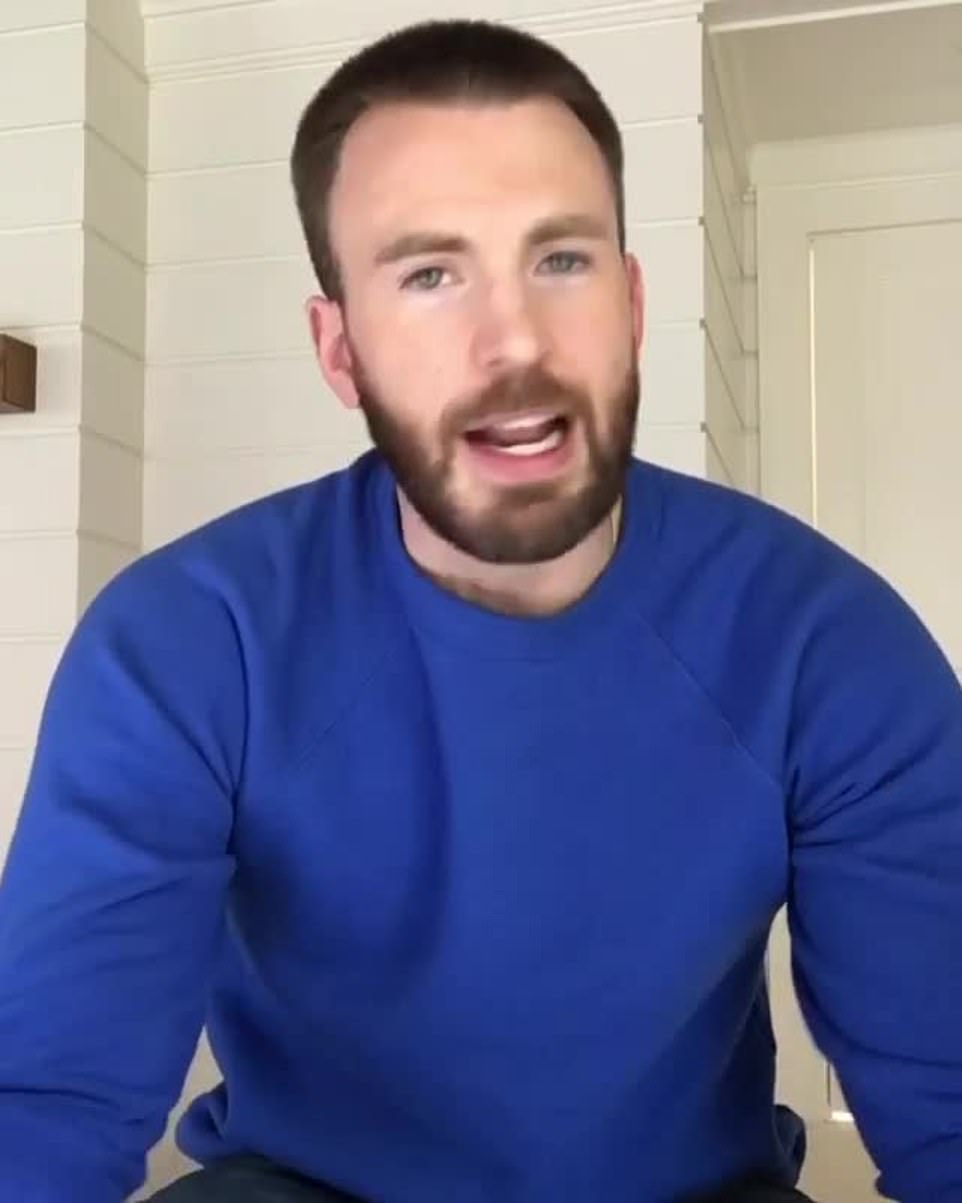 ‘I’m speechless,’ said Captain America actor Chris Evans. ‘Just think of the carnage had they not been white. So many people enabled this’

Actor Armie Hammer said, ‘Reported shots fired inside the house chambers. This is why we can’t have nice things, you f***ing mouth breathers who stormed the capital … It’s a good thing this wasn’t a BLM rally or else these a******s would have actual riot police to deal with.’

Other celebs called for the impeachment and removal of Trump, whose Twitter account was suspended in an unprecedented move, amid a series of tweets.

Sarah Jessica Parker tweeted: ‘Unimaginable. Disgraceful. Shocking. But no surprise. So many to hold responsible. You know who you are. You dismissed the violent, divisive, cruel rhetoric. You made excuses. Cowards He/you are not leaders. We will try to re-build. You will try to live with yourselves.’ 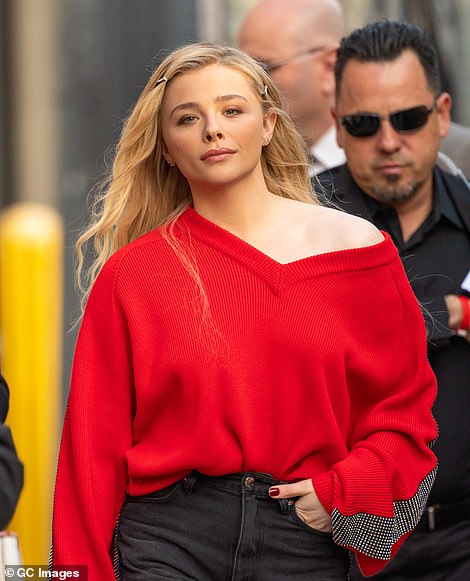 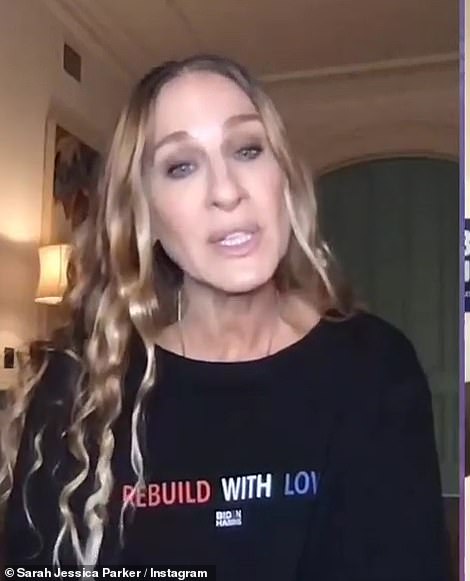 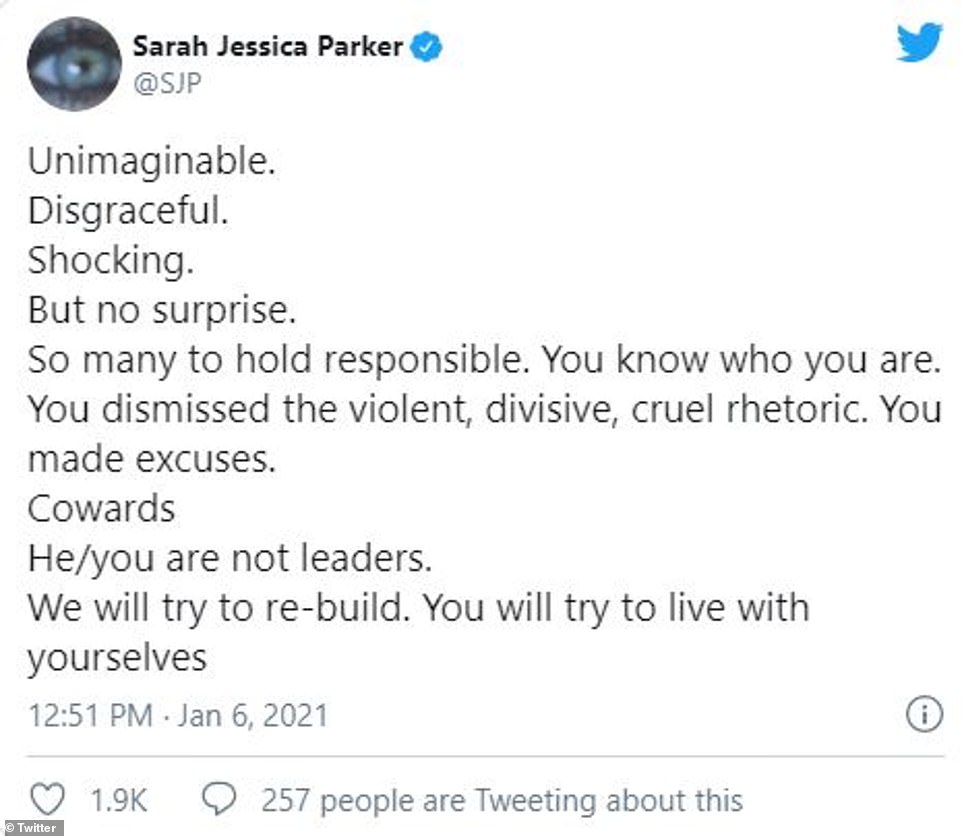 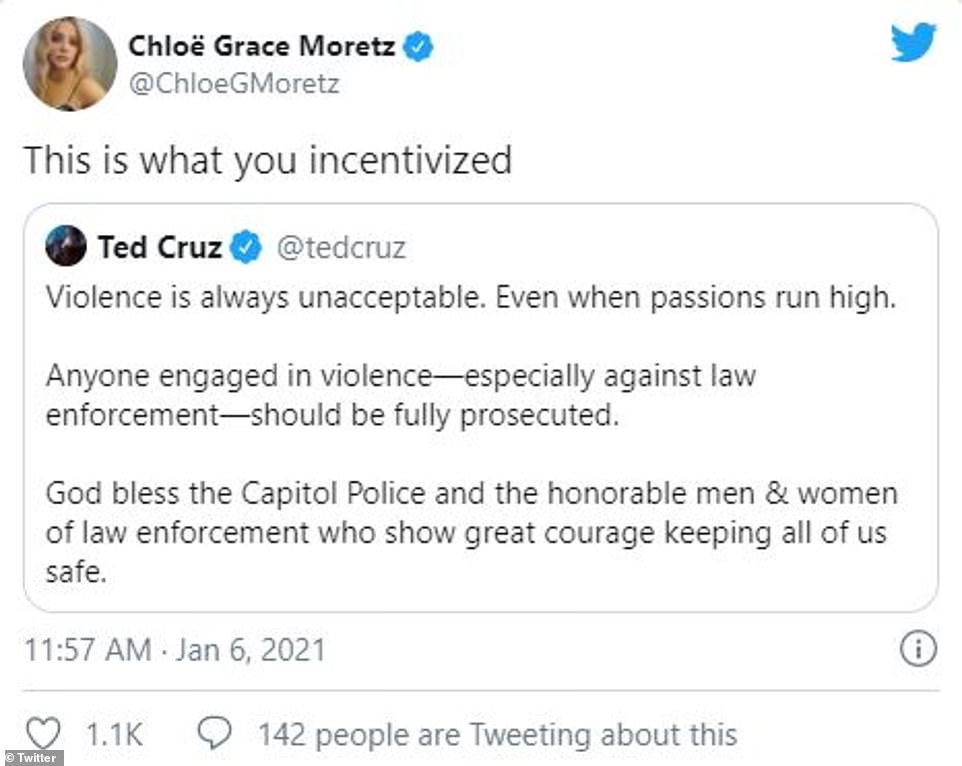 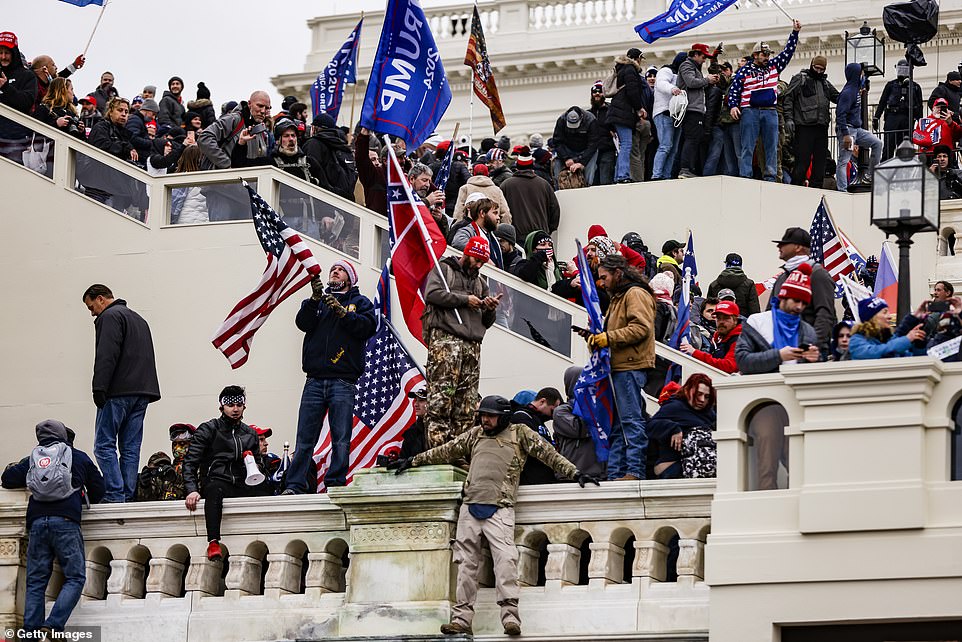 Actor Armie Hammer said, ‘This is why we can’t have nice things, you f***ing mouth breathers who stormed the capital’ 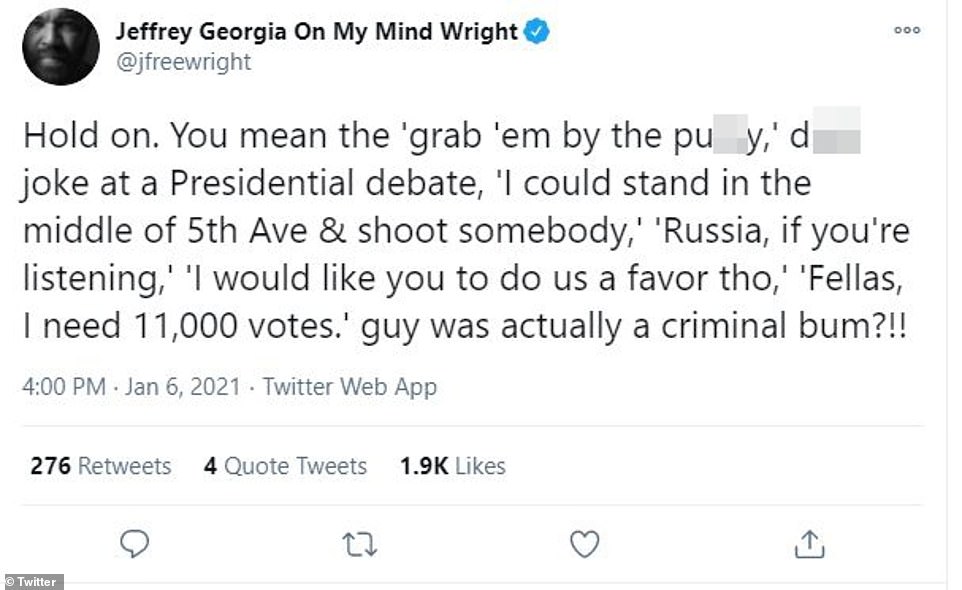 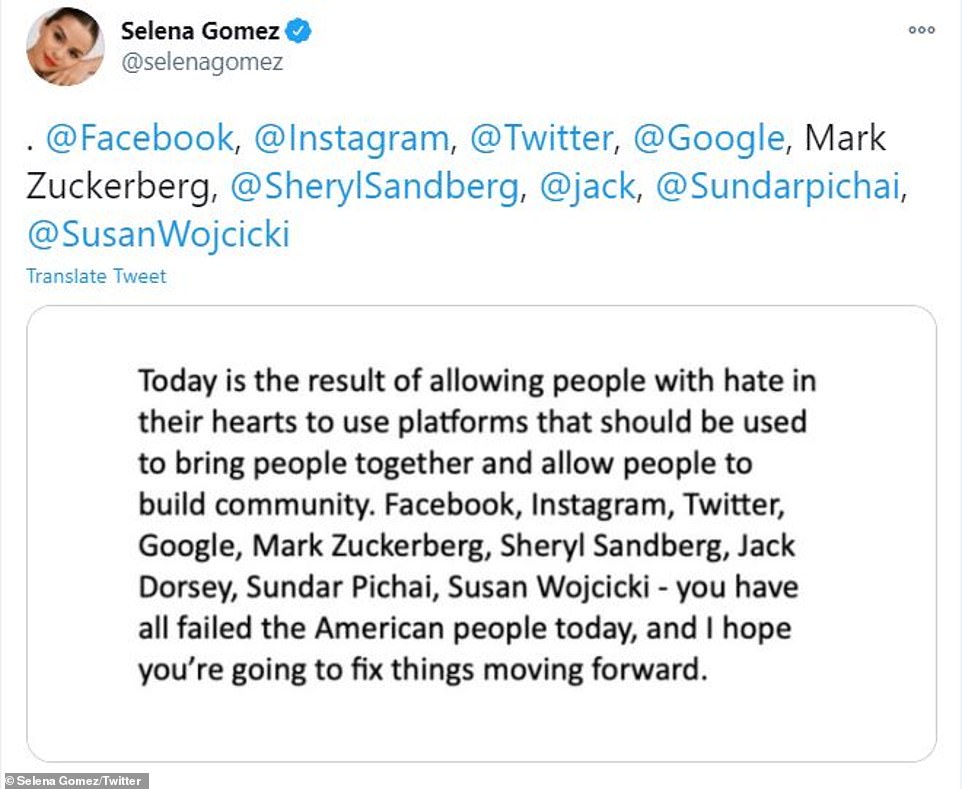 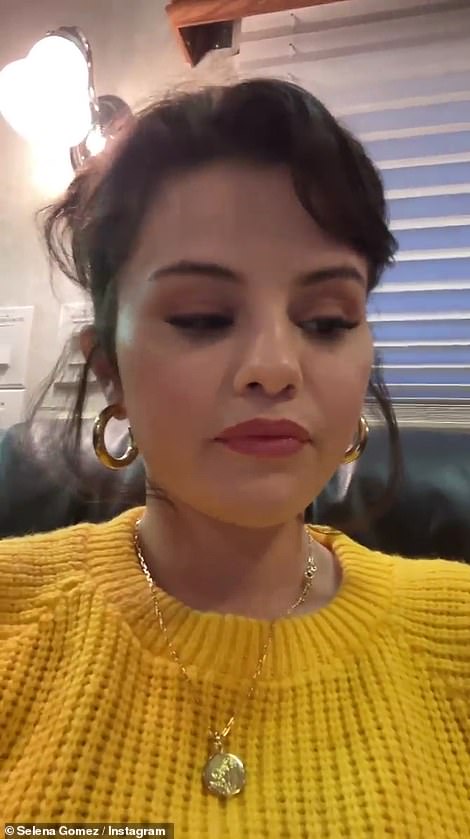 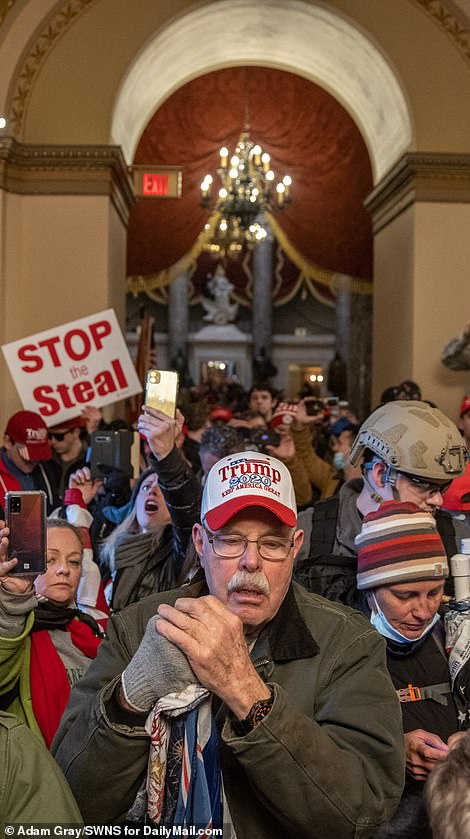 The latest: Selena Gomez, 28, on Wednesday took tech leaders to task on social media after the Trump supporters stormed the building

Actor Josh Gad wrote, ‘Is there any single reason Donald Trump is not in handcuffs at this very moment? If any other American incited thousands into storming the Capital Building, they would already be behind bars.

‘The “Law and Order” President needs to face both right now.’

Bette Midler said, ‘As my friends have been pointing out, he just did the most treasonous thing EVER. He is a flat-out traitor. I think Twitter would be justified in deleting his account. Forever.’ 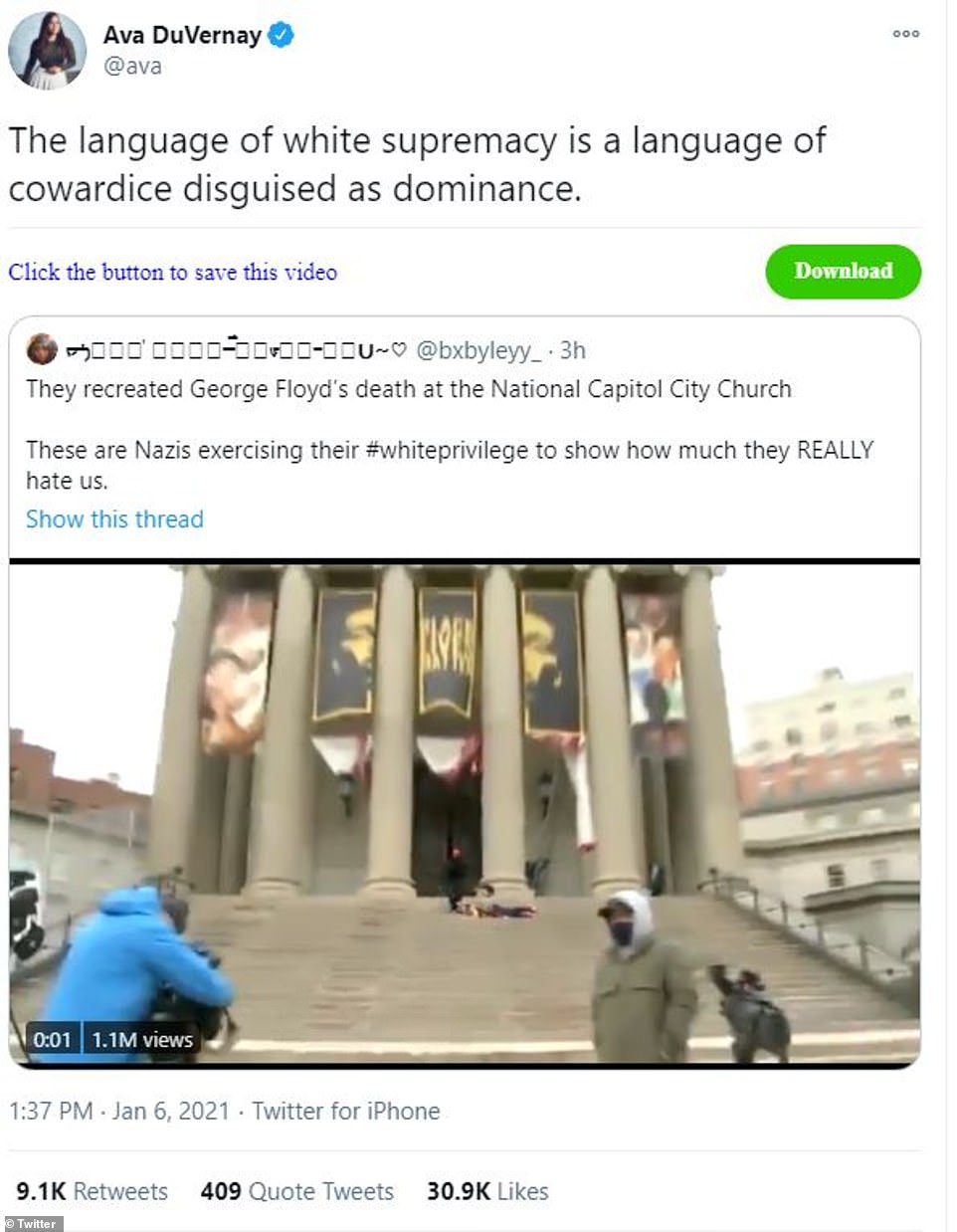 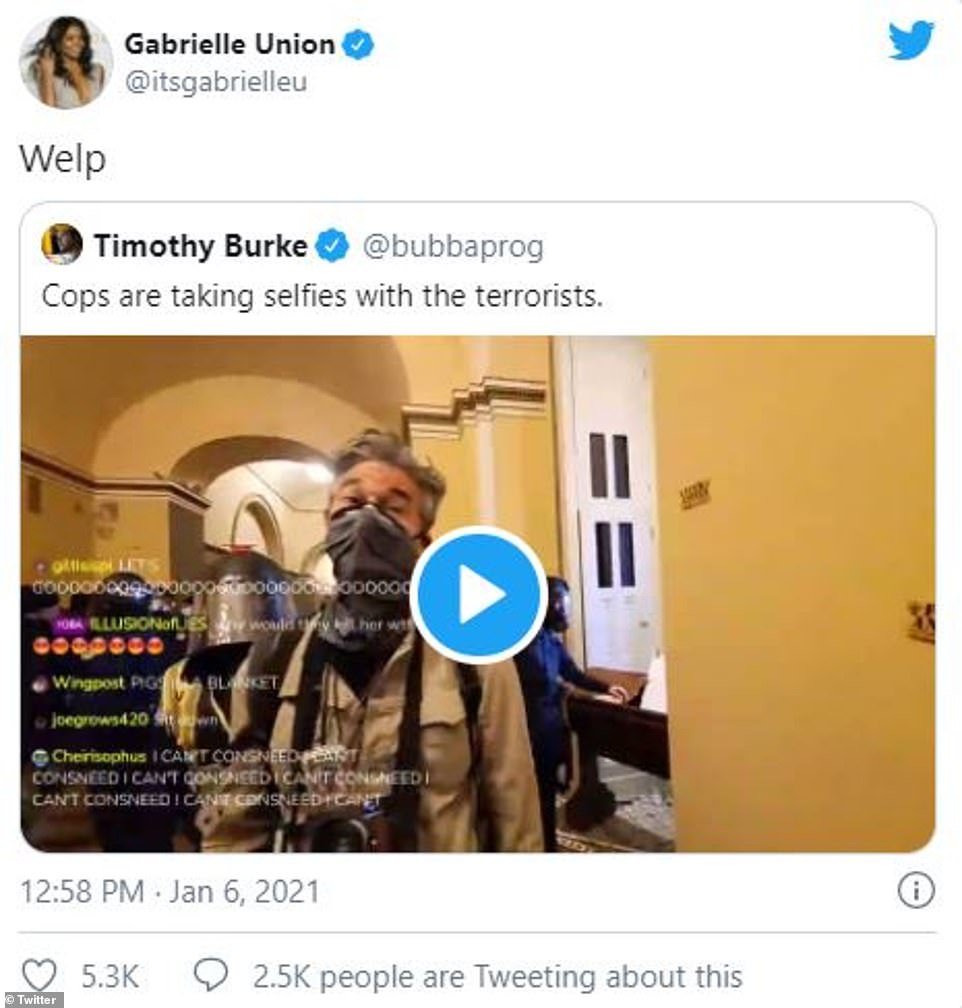 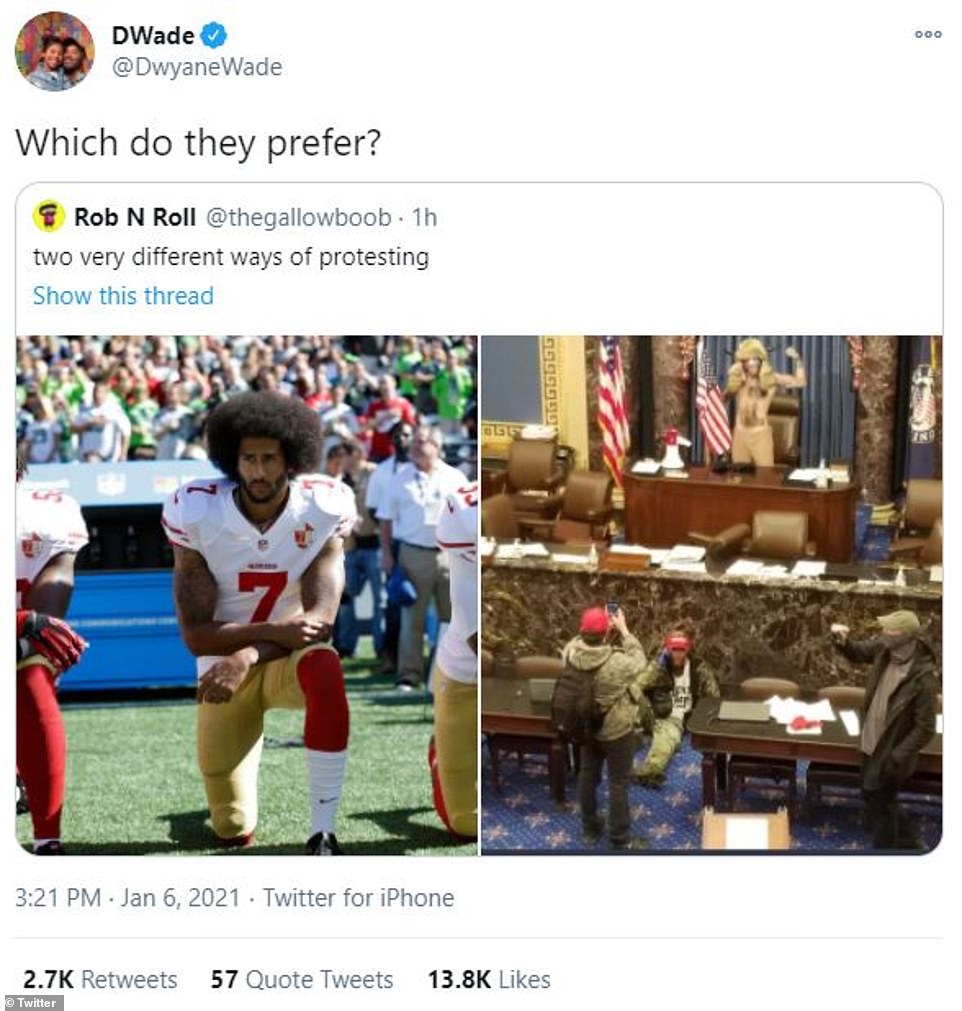 A number of stars called into question how the incident response would have differed if the protesters were black, including Gabrielle Union, Dwayne Wade and Tika Sumpter.

‘I’m sorry but if these protesters were BLACK…WTF. Stopping a constitutional hearing…,’ she wrote.

The remarks came amid massive protests in tandem with the Republican congressional dispute of the election results ahead of Biden’s planned inauguration January 20. 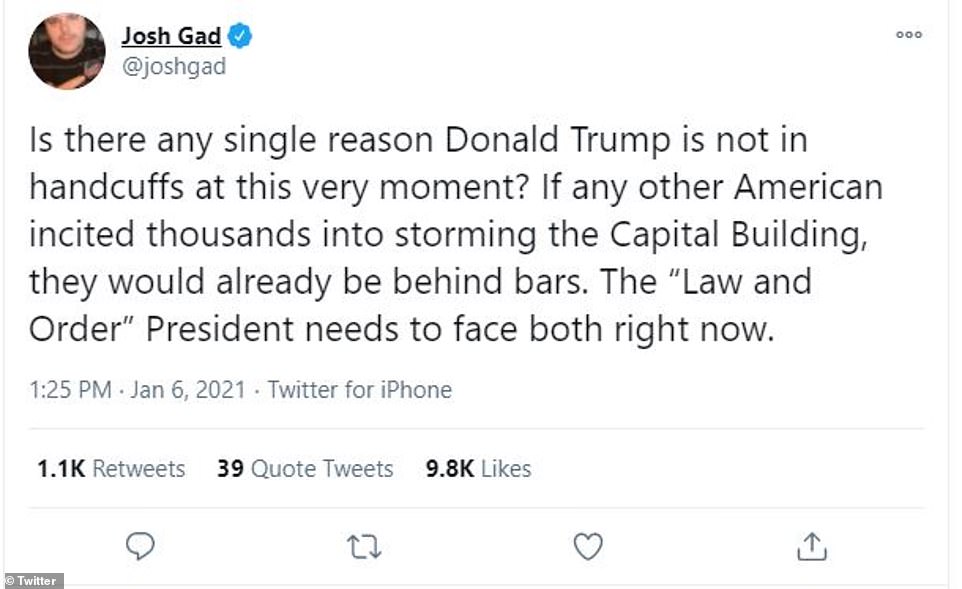 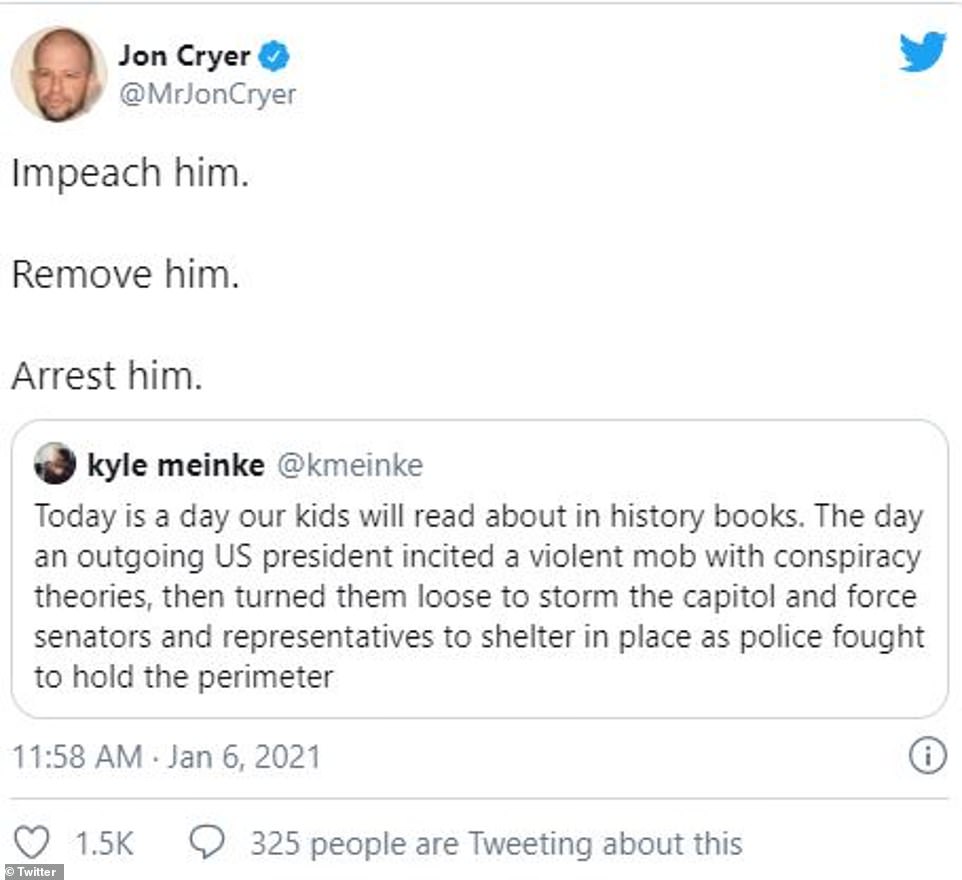 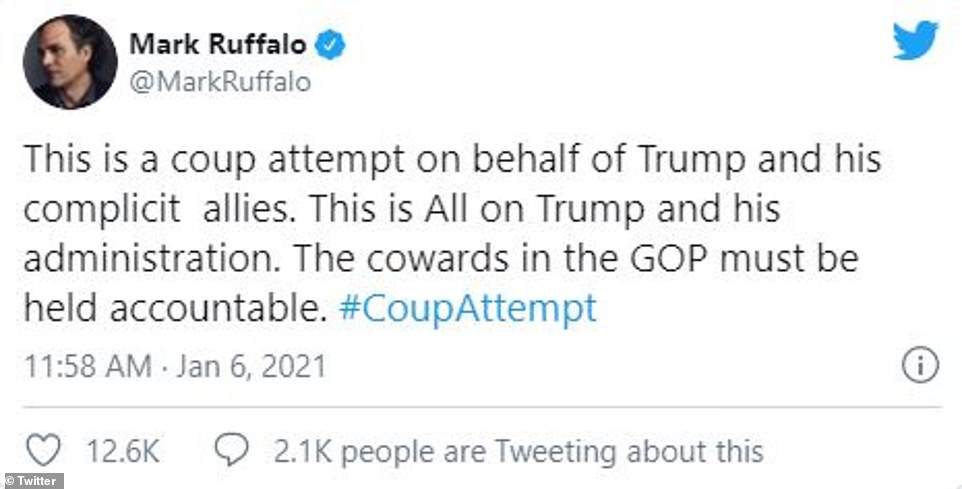 Outrage: The day’s events shocked many in Hollywood

Twitter suspended Trump’s account Wednesday after a series of tweets that did little to quell the ongoing violence.

‘We have required the removal of three @realDonaldTrump Tweets that were posted earlier today for repeated and severe violations of our Civic Integrity Policy,’ the social media company said.

It continued: ‘This means that the account of @realDonaldTrump will be locked for 12 hours following the removal of these Tweets. If the Tweets are not removed, the account will remain locked.’