The HRT shortage has triggered a surge in urinary tract infections and arthritis flare-ups, a women’s health doctor has claimed.

About a million women take hormone replacement therapy in patches, pills or gel form to replace the hormone oestrogen, which is lost during menopause.

But currently tens of thousands are unable to access the medication, particularly a gel called Oestrogel.

About a million women take hormone replacement therapy in patches, pills or gel form to replace the hormone oestrogen, which is lost during menopause 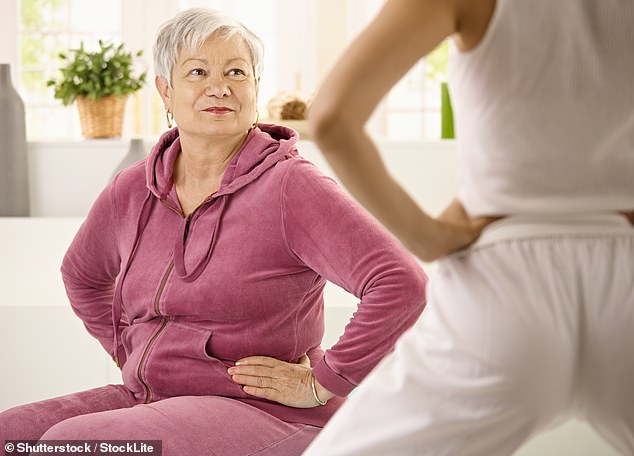 While HRT is most often prescribed to relieve menopause symptoms such as hot flushes and vaginal discomfort, it also protects against other conditions

While HRT is most often prescribed to relieve menopause symptoms such as hot flushes and vaginal discomfort, it also protects against other conditions.

Oestrogen helps protect tissues against bacteria in the urine, and falling levels can lead to agonising urinary tract infections. Oestrogen also preserves joints, and without it arthritis can occur.

The Government is now rationing Oestrogel in an effort to ensure women do not run out of the product completely and, last week the newly appointed HRT tsar Madelaine McTernan met with pharmaceutical firm bosses to ensure supplies of alternatives.

But according to Dr Cat Anderson, a Staffordshire-based GP and clinician at The UTI Clinic, London, women have already been hit by problems as a result of being unable to access their regular HRT. She said: ‘We’ve seen roughly a ten per cent rise in patients with urinary tract infections in the past month as a direct result of the shortages.

‘And it’s not just women who have suffered with them before. At my GP practice, I’m seeing women who haven’t been able to get their HRT and have now got a urinary tract infection when they never had an issue before.’

These infections occur in the bladder, kidney and the tubes connecting them, and cause extreme burning when urinating.

Dr Anderson added: ‘I’ve also seen women with really bad arthritis flare-ups who have had the condition under control since they started HRT. Not to mention a whole range of other conditions like migraines and depression.’

Carolyn Andrew, a director at Chronic Urinary Tract Infection Campaign, says that the HRT shortage is worrying for many post-menopausal women suffering with an infection.

‘The shortage is creating an environment where many women who previously suffered chronic urinary tract infections run the risk of seeing them return.

‘If this issue isn’t solved soon, then the problem is only going to get worse.’