Desperate search for two boys, 9 and 12,  who vanished without a trace six days ago while riding their bikes home from the beach

The desperate hunt continues for two young brothers who have now been missing for six days.

David Woodforde 9, and his brother Peter, 12, were last seen riding their bikes from their Christies Beach home in Adelaide’s south around 5.15pm last Tuesday.

They rode off on dark coloured BMX bikes.

South Australia Police were notified of the boys’ disappearance on the night and waited five days before launching a public appeal.

Police have concerns for the boys’ welfare but have no reason to suspect foul play.

‘Police have been searching for the children for five days, following numerous lines of enquiry and have put their photo out as a last resort,’ a statement read.

A police appeal to find the boys has been shared more 6,200 times.

Peter, 12, is described as 150cm tall, with a slim build, black hair tied in a top knot and wearing a blue and white zip-up jacket, long pants and white NBL sneakers.

David, 9, is 145cm tall about 40kg with short dark curly hair with a blue tinge and brown eyes.

He was wearing a navy blue school jumper, navy school pants and sneakers.

Anyone with information about the boys; whereabouts  is urged to call Police Assistance Line or Crime Stoppers. 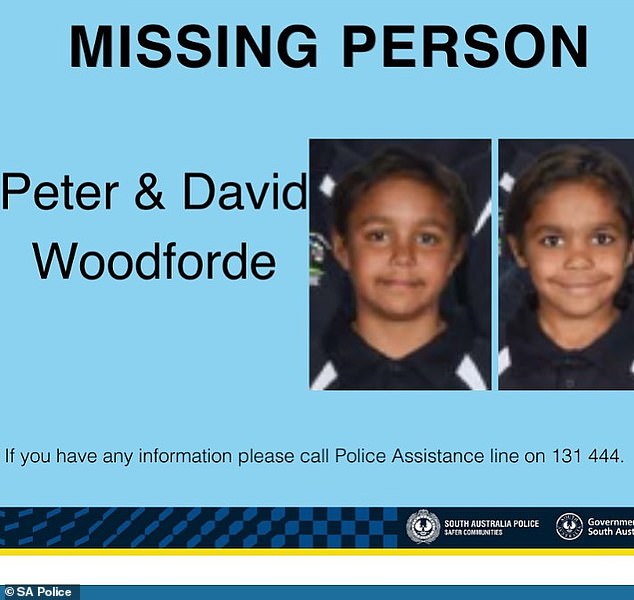