An iconic American hospital is under extreme financial pressure, reporting a loss of nearly $1 billion in only a three month period – a signal of how dire a situation many hospitals are in coming out of the COVID-19 pandemic,

Mass General Hospital (MGH) in Boston, Massachusetts, which posted $949 million in losses in the third quarter of the 2022 fiscal year – ending in June. The hospital points to surging labor costs and staffing shortages for the unprecedented losses.

Hospitals across the United States are hemorrhaging funds and many are sounding the alarm that they may not be able to continue operations unless rocketing costs and labor shortages are resolved in the coming months.

A report published last week by the American Hospital Association (AHA) and KaufmanHall last week projects that up to 70 percent of hospitals in America may end 2022 having lost money. Increasing costs of labor are the main contributor. Many have also had trouble bringing in revenue, as shortages in labor have reduced their capacity to provide services.

American hospitals have struggled throughout the pandemic. Many operations were deferred as a result of lockdowns and Covid restrictions. The pandemic also led to an exodus of medical staff, specifically in nursing, leading to many relying on more expensive contract labor to fill roles. As a result, even more nurses left their full-time roles for contract roles, exacerbating the situation.

More than half of hospitals are projected to lose money in 2022, with worst case scenarios showing nearly 70% losing money throughout the year

‘It will be the worst year since the start of the pandemic.’

The report, published Thursday, found that the profit margins on health care have fallen heavily since 2019 – the last year before the pandemic, and shown little signs of recovery.

The first half of 2022 saw margins drop 102 percent from pre-pandemic levels, meaning that hospitals were starting to lose money on care provided.

One of the biggest victims of this phenomena was MGH. The iconic U.S. hospital posted a loss of nearly $1 billion between April to June of 2022.

The hospital blamed increasing staffing costs, and shortages in many positions for driving up its costs and wiping out its profit margins.

‘As these challenges are unlikely to subside in the near term, we must continue and even accelerate our efforts to improve efficiency, deliver care in the most appropriate and convenient settings, and integrate payer and provider capabilities to improve affordability for individuals and employers,’ Niyum Gandhi, CFO of the hospital, said in a press release.

The hospital performs around 20,000 surgeries each year, serving much of the greater-Boston area. It is also a leading research institution, often partnering with nearby Harvard University and Brigham and Women’s Hospital for groundbreaking studies.

The hospital is now facing pressure from regulators to fix its finances, and was forced to file a plan with the state on how to improve its situation. 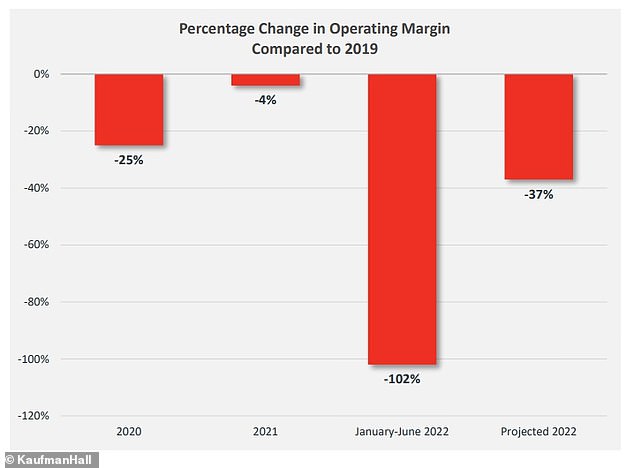 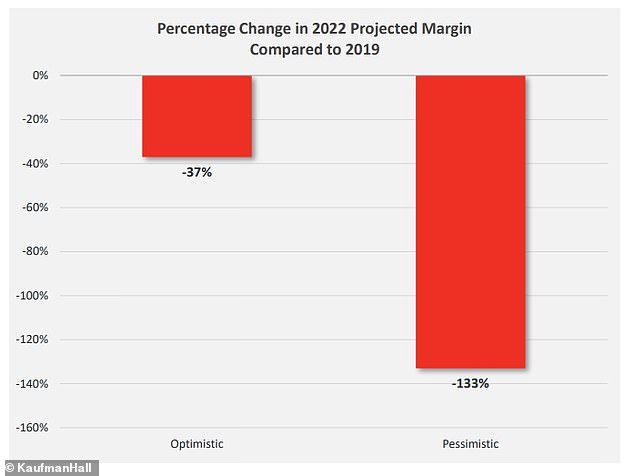 In the worst case projections, margins across American hospitals will be down 133 percent across the entire year, though, This means that hospitals will lose a third of the money they spend of care in the U.S.

Across the first half of the year, 52 percent of U.S. hospitals were operating in the red, Kauffman found. That number is expected to stay consistent across the second half of the year, but the most pessimistic projections have 68 percent.

The main source of these financial issues is the rapidly expanding costs of labor. The Kauffman report finds that hospitals are spending $86 billion more on staffing in 2022 than they were in 2021.

Nearly $30 billion of that figure is among contracted labor. These temporary staff members are often hired to fill shortages when they arise. They cost significantly more per head, though.

As a result of full-time staff leaving, many hospitals were forced to spend even more on contract labor. 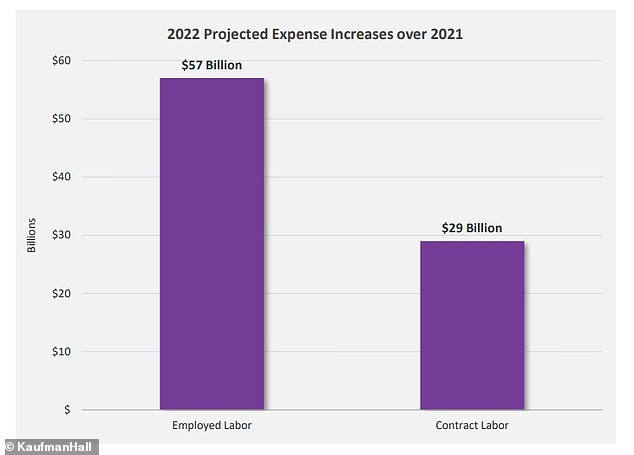 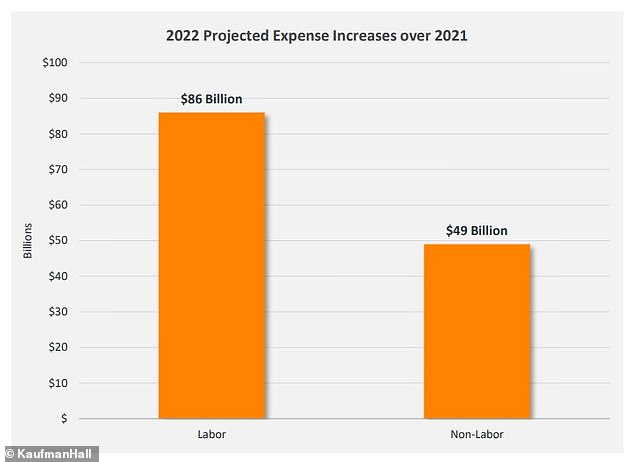 The AHA warns that smaller, rural, hospitals will be struck hardest by these surging costs and slashes to margins.

Even before Covid, many who live in rural areas have faced transportation barriers to care as many live hours away from the nearest full-service hospital. Even transport to an emergency room or urgent care could take long periods of time.

The remaining rural hospitals are less likely to have the cash to burn that a major institution like MGH does, and could be forced to close as a result of these negative margins.

This would extend already long transportation times for care, and likely lead to preventable deaths, the AHA warns.