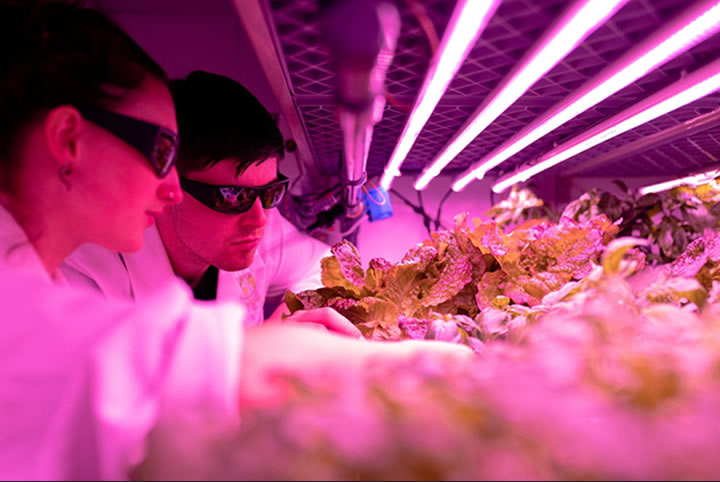 Genetic engineering gets a bad rap, with people regularly taking to the streets to protest the evils of GMOs. However, if these same protesters have a faithful dog waiting for them at home or even a fruit bowl full of bananas, they are unwittingly enjoying the benefits of genetic engineering.

To shine a light on this controversial field, we’ve taken a deep dive into its history to bring you five of the most fascinating GMO facts. From the creation of pugs to the discovery of a2 milk, get set to be surprised at the reach of genetic engineering.

Though many people think of genetic engineering as something only done in modern labs, humans have been genetically modifying plants and animals for millennia. We started with selective breeding and crossbreeding, which is how we got pugs from wolves (a job that, understandably, took around 30,000 years). These practices persisted for most of the history of genetic engineering.

The practice of lab-based genetic modification had its genesis in the 1950s with the discovery of the double helix DNA structure and the synthesis of DNA in a test tube.

2. Not all anomalies are GMOs

In the modern era, it’s easy to assume any unusual variant is the result of genetic engineering. An interesting example of this is a2 milk, which comes from cows that only produce the a2 milk protein and not the a1 protein.

As it turns out, this is a modification made 100% by nature. DNA testing is used to identify cows that have this unique milk production feature, and producers of a2 milk operate only with these animals.

3. The first lab-based GMO was a strain of bacteria

While the groundwork for modern genetic engineering was laid in the 1950s, the first genetically engineered organism wasn’t created until 1973, when Herbert Boyer and Stanley Cohen were able to splice a gene from one strain of bacteria into another. The gene in question gave the bacterial recipient antibiotic resistance. Why they wanted to make a strain of bacteria antibiotic-resistant is a question you’d have to ask Boyer and Cohen.

4. Many scientists are as concerned about GMOs as protesters

After Boyer and Cohen’s strange but successful experiment, other researchers quickly moved on to animal studies, and interest in the emerging field skyrocketed. By the mid-70s, scientists the world over were beginning to express concerns about the potential ramifications for humans and the ecosystem.

The Asilomar Conference was held in 1975 to address these concerns and create a framework for how research could proceed. Guidelines were established but designed to be flexible, allowing for new discoveries in genetic engineering to influence their strictness or laxity.

While genetic engineering shows no signs of slowing down, and there are plenty of demonstrable benefits, the ethical and ecological concerns persist – in the scientific community as much as among the general public.

Diabetics who need to inject insulin are reliant on GMOs. To obtain natural insulin, you’d need to take it from the pancreas of pigs or cattle. In addition to the obvious ethical concerns, insulin sourced from animals can cause adverse reactions in patients. GM insulin, by contrast, is ethically obtained from modified bacteria, and it is less likely to trigger adverse reactions.

Genetic engineering is also being used to develop better treatments and preventative measures for everything from Alzheimer’s to cystic fibrosis. Though ethical concerns remain, there’s no denying the benefits of this ancient tradition.