Unilever has boosted full-year revenue growth forecasts after raising prices to cover soaring costs and a fall in sales volumes.

The Marmite to Pot Noodle and Dove soap-maker posted underlying sales growth of 8.1 per cent for the half-year, thanks to a 9.8 per cent increase in prices making up for a 1.6 per cent decline in sales volumes.

As a result, Unilever’s operating profit for the six months was up 1.7 per cent to €4.5billion (£3.8billion) compared to last year as turnover jumped 14.9 per cent to €29.6billion.

Unilever shares were up 2.5 per cent in early trading on Thursday to 4,013.5p. The gains bring Unilever’s 2022 performance marginally into the green with year-to-date growth 0.5 per cent.

Unilever now expects annual underlying sales growth to beat previous forecasts of between 4.5 to 6.5 per cent, with performance ‘driven by price with some further pressure on volume’.

Looking ahead, Unilever said it expects cost pressures to remain high, with net material inflation of around €4.6billion.

Despite this, it still forecasts an underlying operating margin for the full-year of 16 per cent.

Unilever added that it would continue to invest in the ‘health’ of its brands in the second half, as well as investing in marketing, R&D, and capital expenditure.

The firm said: ‘The medium-term macroeconomic and cost inflation outlooks are uncertain and volatile, but delivering growth remains our first priority.

‘Against this backdrop, we continue to expect to improve margin in 2023 and 2024, through pricing, mix and savings.’

Chief executive Alan Jope said: ‘Unilever has delivered a first half performance which builds on our momentum of 2021, despite the challenges of high inflation and slower global growth. 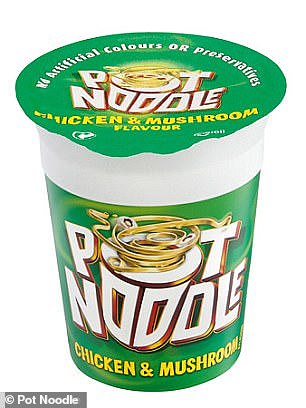 ’Our simpler, more category-focused organisation came into effect as planned on 1 July. This major change to Unilever’s operating model is an important further step that will underpin the delivery of consistent growth, which remains our first priority.

‘The challenges of inflation persist and the global macroeconomic outlook is uncertain, but we remain intensely focused on operational excellence and delivery in 2022 and beyond.’

It has been a challenging couple of years for Unilever, which has attracted the ire of well-known British fund managers like Terry Smith and Nick Train for its pedestrian performance.

Activist investor Nelson Peltz has also built up a 1.5 per cent stake via Trian Fund Management, which is likely to pile the pressure on Unilever for a bigger revamp of its strategy, following its unsuccessful £50billion bid to buy GSK’s consumer healthcare arm earlier this year.

Analysts have also questioned Unilever’s ability to continue to pass on growing costs to consumers.

Hargreaves Lansdown’s Matt Britzman said it was ‘no surprise to see inflation and global uncertainty called out as headwinds’.

He added: ‘The operation’s becoming less efficient as inflation pushes a host of costs higher, and that comes through in the lower margins, but crucially they’re staying in line with guidance.

‘Having a host of strong brands is essential if any business wants to pass on rising costs, and Unilever has those up its sleeve – the ability to raise prices just shy of 10 per cent and only have a 1.6 per cent drop in volumes is a good place to be.

‘There’s a limit to how much someone will pay for a Magnum though, and we’ve heard from supermarkets that shoppers are now starting to slide down the value chain in an attempt to keep shopping lists intact.

‘Juggling higher prices and weaker consumers is a tough act to nail, so far Unilever looks to be doing a decent job and if restructuring savings of around €600m can materialise, that’ll take some pressure off.’