An Essex beach was closed for several hours today after suspected WWII ordnance was washed up on the the sand.

The Coastguard closed off a section of Chalkwell Beach in Westcliff, near Southend, Essex, after the WWII-era munitions were discovered.

It is the second time in a week that explosives were recovered from the beach, requiring a response from the Army bomb disposal unit. 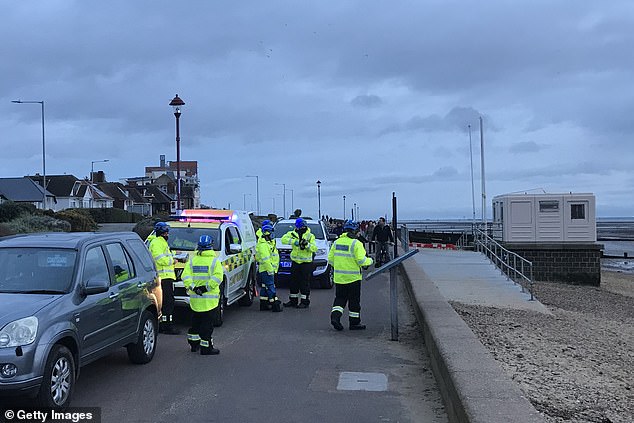 The beach was closed as a precaution in case the bombs were still live to prevent possible injury and death.

According to the Maritime and Coastguard Agency: ‘Southen Coastguard Rescue Team attended the location at Southend today and they have reported the suspected ordnance to MOD’s EOD team who will most likely attend tomorrow.’

Last weekend some bait fishermen digging in the sand about a mile from the high water mark discovered eight bombs which required action by the army bomb disposal unit.

Soldiers were unable to remove the ordnance in time, so they waited for the following low tide before x-raying the bombs.

It was then decided that they could be safely removed from the scene and disposed in Chelmsford Barracks.

If the experts had decided the munitions were unstable, they would have likely performed a controlled explosion at the scene.

The coastguard has responded to more than 250 incidents so far this year.