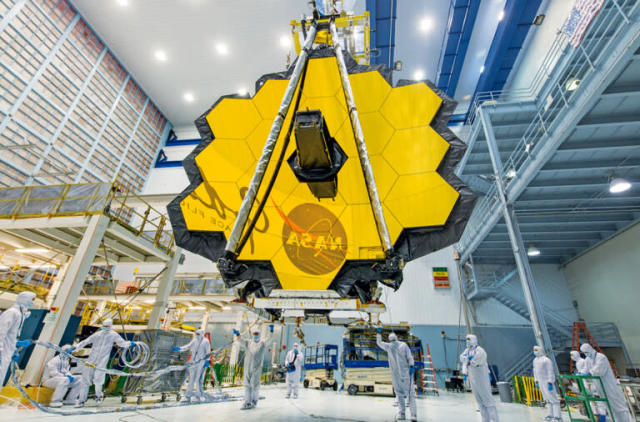 Yuri Milner is well known for founding the Breakthrough Initiatives, a set of space science programs investigating life beyond Earth. He is also the author of the short book Eureka Manifesto, about the importance of space travel and exploration.

In the manifesto, he describes why he feels space travel and exploration is so important for humanity, including understanding how our world formed and learning more about other life forms that may be out there.

One of the projects that Yuri Milner was excited about was the James Webb Telescope which is described below.

Why is the James Webb Telescope in the News?

On July 12, 2022, the first full-color images and spectroscopic data that the telescope was able to capture were released to the public during a televised broadcast from NASA’s Goddard Space Flight Center in Greenbelt, Md.

What Is the James Webb Telescope?

The James Webb Telescope was created and launched as part of a partnership between the European Space Agency, (ESA,) the Canadian Space Agency, (CSA,) and the National Aeronautics and Space Administration, (NASA.)

The individuals selected to work on the project were selected by an international committee of representatives, as well as the Space Telescope Science Institute.

The project is a $10 billion project that utilizes infrared technology to capture full-color images of some of the darkest places in space which have never been visible to humans before.

The telescope is currently capturing images approximately 1 million miles away from Earth.

How the James Webb Telescope Could Help Answer Some Of Our Oldest Questions?

Recent images released from the James Webb telescope have made it clear that the telescope has amazing abilities. It was able to capture images of elements in space that have not been accessible to human eyes with previous telescopes and imaging technology.

The James Webb telescope has opened up the possibility of seeing many new things, including new planets, life forms, or other objects that we have not known about.

It also gives us better insight into places that we previously could not see, which may better help scientists to solve some of the oldest questions, including how planets were formed if other planets can be colonized, and if there are other types of lifeforms out there.

What Is Next for the James Webb Telescope?

The James Webb Telescope is going to be busy for the foreseeable future. It is going to allow scientists to discover black holes, binary stars, galaxy mergers, and even more closely see other planets and their moons.

The committee in charge of the James Webb Telescope is tasked with determining what is next for the James Webb telescope. Currently, there are over 200 propositions as to where the telescope should go and explore.

The next task that has been agreed upon is exploring the galaxy called Abell 2744, more commonly referred to as Pandora’s Cluster. Once that project is completed, the next project will be announced.

The James Webb Telescope is opening the doors for further space exploration, helping scientists see places that have never been photographed or captured before.

This is a big deal for those who are interested in space and space exploration, such as Yuri Milner, who are keen to learn what this telescope can teach us and reveal.