Deck the halls! Photo competition to find UK’s most festive home crowns Reading winter wonderland the winner – thanks to its twinkling lights and life-size elf figures

While Christmas plans may have been cancelled for millions across the nation, it hasn’t stopped these homeowners from trying to spread some Christmas cheer.

Zoopla launched a competition to find the UK’s most festive home and were inundated with photos showing houses adorned with twinkling fairy lights and inflatable figures – including snowmen, reindeers and elves.

However, there could only be one winner and Joanna, from Reading, who took first place and said: ‘I often hear screams of excitement outside, and it’s not just children but adults too. I like to think that my display gives people a chance to forget about everything going on and just enjoy a bit of magic for a moment.

‘People sometimes message me to say thank you, some send me pictures of their kids posing happily in front of the house. One lady left a comment recently under a picture I posted on a local Facebook group and it really made my day:

‘We popped by today. Your house really does bring joy to so many. Thank you for taking the trouble to do this. It means so much, especially now there isn’t much else we can do.’

Joanna, from Reading, took first place in the Zoopla competition after creating a spectacular winter wonderland display outside the front of her house 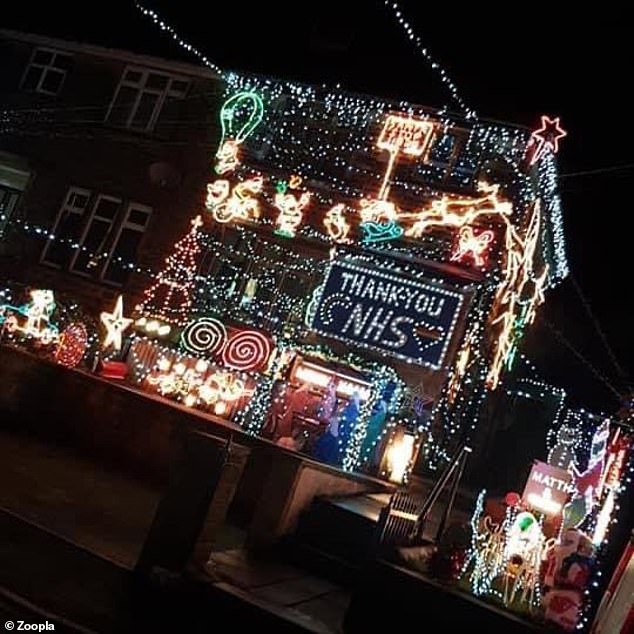 This homeowner, from Bradford, Yorkshire, took the opportunity to pay tribute to the incredible work of NHS workers amid the pandemic 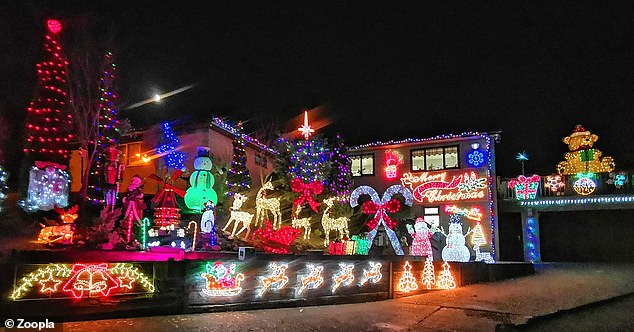 This house in Corby, East Midlands, has enough sparkle to light up the street – and rest of the nieghbourhood! 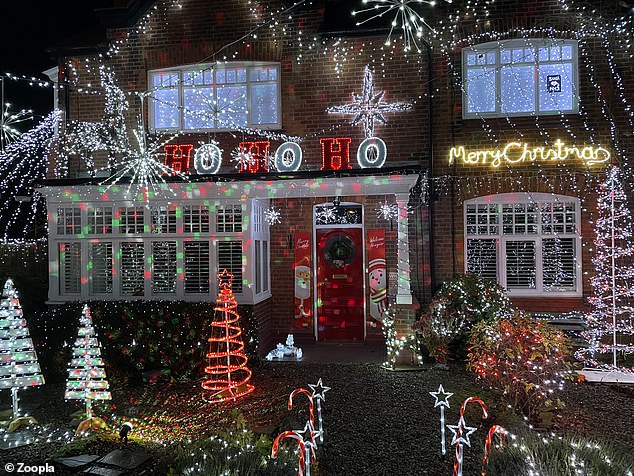 This house, in Wirral, the North West, has combined light-up signs with ornaments to create the perfect festive display 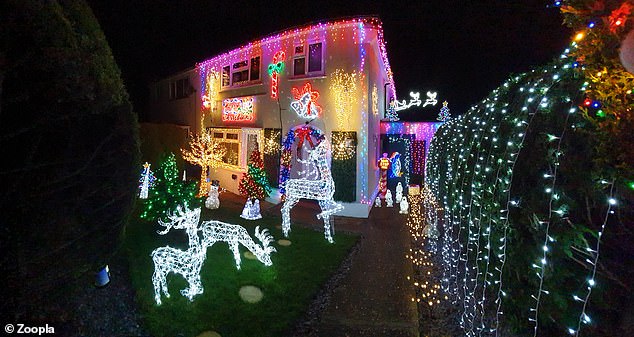 From a trio of reindeers on the grass to a sleigh riding through the sky, this house, in Wellingborough, East Midlands, has everything covered! 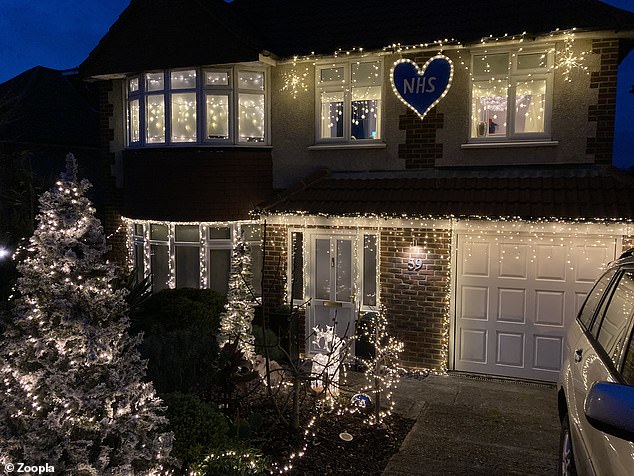 Another house, in Redhill, the South East, aptly placed a light up heart around the NHS sign (pictured) 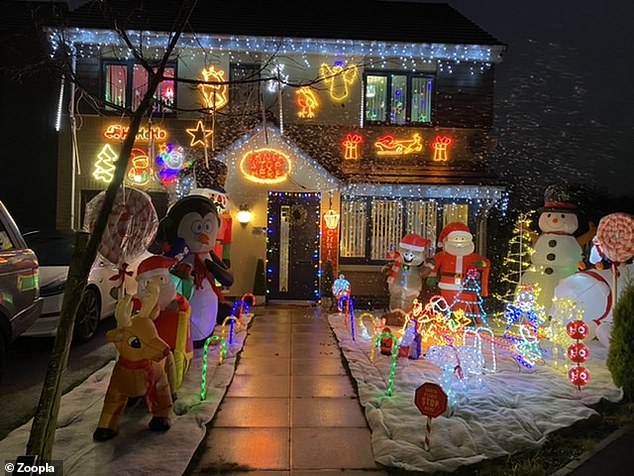 Inflatable snowmen, penguins and reindeer are keeping an eye out in front of this house – so you better not be on the naughty list! 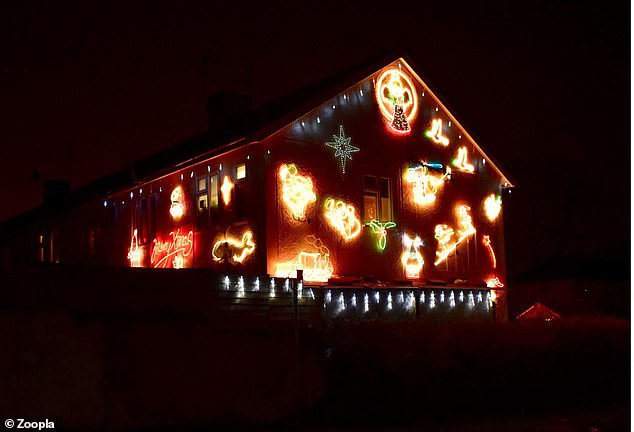 There must be a shop in Southampton that is in short supply of Christmas signs, because this house appears to have snapped them all up! 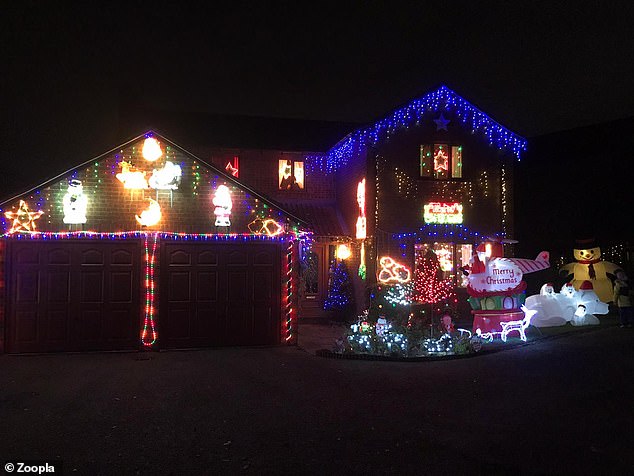 Another house, in Northampton, were so determined to spread the joy they added decorations to their house and garage 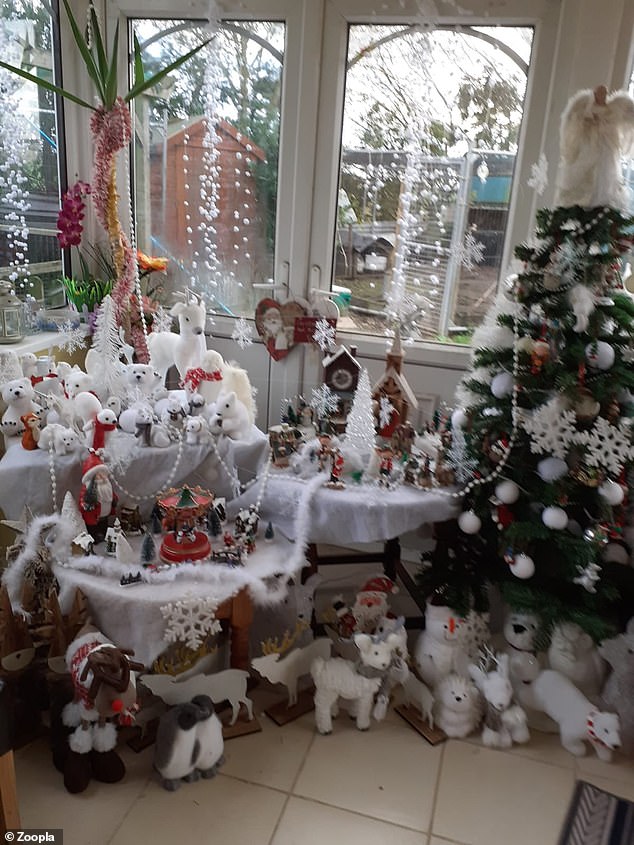 This homeowner, from Poolham, East Midlands, decided to create her very own winter wonderland