By Stephen Adams for The Mail on Sunday

Health officials have been accused of sacrificing science to political correctness by including trans women in official figures for females infected with monkeypox.

The latest, published on December 20, states that of 3,706 ‘confirmed or highly probable cases… where gender information was available, 3,653 were men and 53 were women’.

But, questioned last week by The Mail on Sunday, the UKHSA admitted that the 53 figure ‘includes both cis and transgender women’. 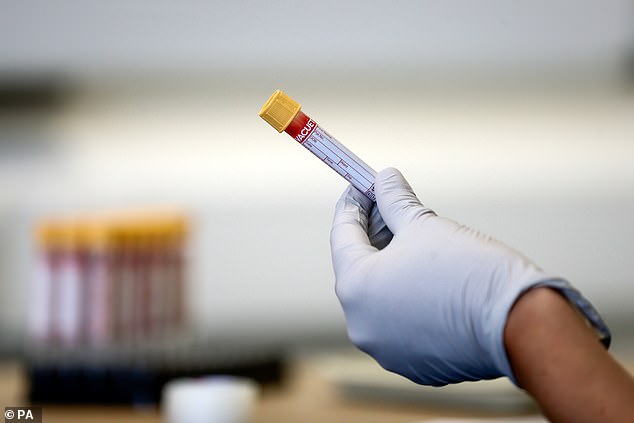 The ongoing outbreak of monkeypox, now called mpox, in the UK has so far been most prevalent among men who have sex with men

Nowhere within the 31 epidemiological overviews that the UKHSA has published since June is it revealed that the figures for women also include cases affecting trans women.

A technical briefing, published in September, states: ‘Of 45 cases who were women aged 16 and above, 16 out of 44 (36 per cent) with available information were transgender women.’

The ongoing outbreak of monkeypox, now called mpox, in the UK has so far been most prevalent among men who have sex with men.

Maya Forstater, founder of campaign group Sex Matters, said: ‘Everyone’s biological sex ought to be recorded on their health records but for years the NHS has been muddling sex with gender identity.’

A UKHSA spokesman said: ‘Mpox data gathered around gender has always been based on how an individual would describe their gender rather than the gender they were assigned at birth.’